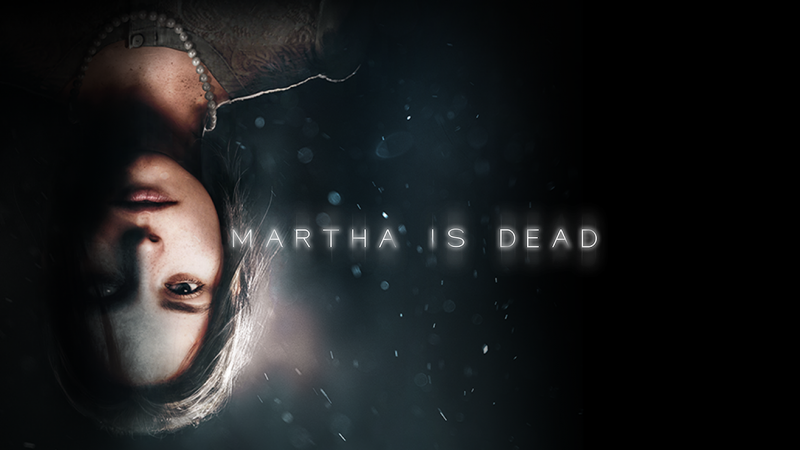 Martha is Dead is an up-and-coming psychological horror game from Wired Productions and LKA that goes beyond what one would assume from a scary gaming adventure. Instead of cheap jump scares and tired storylines, Martha is Dead explores the horrors of World War II Italy. But that’s not the meat of the story; the true heart lies in familial bonds, expectations, and doing whatever it takes to feel accepted. It takes those feelings we all have and puts a terrifying spin on them, effectively crafting a wholly unique journey that every horror fan should pay attention to ahead of the game’s full release.

We recently had a chance to get some hands-on time with Martha is Dead, and I’ll admit, I didn’t really know what to expect going in. The first-person adventure centers around twin sisters in 1944 Italy. When Martha is found dead, her twin sister Giulia must come to terms with the trauma attached to finding her body after she was murdered. The game then becomes a quest to find out what happened, and without spoiling anything, the twist is intense and haunting in a subtle way that stuck with me long after my time as Giulia was done.

In this tale, the lines between war, reality, and the supernatural are blurred beyond recognition, and the human mind is explored in a beautifully terrifying way. While the pacing is meant to be drawn out with a suspense that makes the situation feel real, there are moments rooted in decision-making where quick thinking is needed, with instances designed to make you feel like you don’t know which way is up, and which way is Hell. The design elements attached to this particular storytelling style left me feeling on the edge of my seat in a way that pushed me to want to see what would happen next. It urged me to uncover the secrets of what happened to Martha and attempt to unravel the grief-stricken mind of her sister.

Set in the beautiful Tuscana countryside, the attention to detail in every stone and every room only further brings the reality of this story to life. Even better, photography is a large focus for Martha is Dead, given Giulia’s love for this hobby. While taking photos is a large part of unraveling this mystery, it is also a nice feature that allows players to fully immerse themselves in this Italian home, appreciating its beauty, its simplicity, and this world’s relatability. I often found myself taking snapshots of adorable birds I saw perched upon a crumbling windowsill or taking in the beauty of the lake’s edge where the dark water meets the shore. This mechanic also allows players to set their own pace, taking in the sights as wanted without feeling separated from the story.

What truly stuck out the most to me about Martha is Dead is how this tale explores loss and its effect on the mind. It’s easy to see early on that the relationship between this family is complex and oftentimes strained. Martha is the beloved favorite of the mother, who has a distinct distaste for Giulia’s “oddities.” The father, off to war, comes back to learn of his daughter’s murder, and it’s clear that he and Giulia have a meaningful bond. These ties further make the loss of Martha feel tied to the player in a way that I wasn’t expecting. I found myself reeling from her loss, feeling it intimately, and feeling my own mind doubting what it was I was seeing. This is one of those rare games, as well, that truly benefits from alternating between a snail’s pace and quick-thinking action because you never know what the next moment will bring, and that uncertainty kept me on my toes the entire time.

Between the setting and the haunting music, this world is a masterpiece. Every horror fan needs to pay attention to Martha is Dead because it is truly one of the most messed up experiences I’ve had in gaming in a long time, in the best way. Every horror has meaning, every tear has depth, and every step brings us closer to finding out what really happened to Martha and what the ultimate fate for Giulia holds. It’s not just a walking simulator, though it does feel that way at times. This story transcends horror tropes and simulators in a unique way, offering a special look into this time period from the perspective of a humble family that has had their entire world turned upside down.

Martha is Dead aims to release later this year on PlayStation, Xbox, and PC.

The Crew 2 Is Getting 60fps Support on PS5, Five

AMD's Zen 3 CPU architecture may, according to AMD...