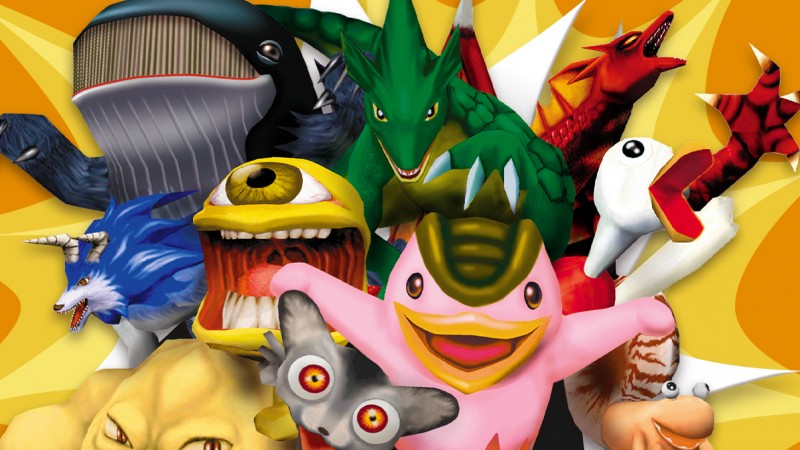 In the announcement video above, executive producer Kazumi Fujita said that the series is returning for its 25th anniversary. Both games featured in the Monster Rancher 1 & 2 DX bundle feature multiplayer support, and the monsters are re-balanced.

The big hook of the Monster Rancher games is collecting monsters. On PlayStation, this feat was accomplished by removing the Monster Rancher disc from the console and replacing it with any other game. That disc would then be read and transformed into a specific monster. Some Koei Tecmo games created specific rare monsters. I remember sitting on my living room floor with stacks of games around me in an attempt to get the best monsters possible.

In a press release, Koei Tecmo says that CDs are still used for this purpose, but just not how you would expect. “This feature has been re-worked in Monster Rancher 1 & 2 DX, allowing players to search a database to find their desired CD and generate a monster from its data. Enjoy searching a vast database of songs from around the world and generating monsters based on some of your favorite music!”

There are hundreds of monsters in each game. Once you have a beast you want, you can train it, nurture it, send it on missions, and then have it battle in arenas for you – either against A.I. or friends’ creatures. Koei Tecmo is also adding a host of quality-of-life features, such as additional save slots, freeze slots, and monster hall of fame slots. You’ll also be able to enter a high-speed mode to play through parts of the game faster.

The gameplay footage in the trailer gives us a brief look at the Switch version, which retains the PlayStation look. We recently played a portion of the PlayStation version on Replay. We’ll have to wait to see how these old games hold up, but they were a blast back in the day. We’d love to see Koei Tecmo create a new entry as well.