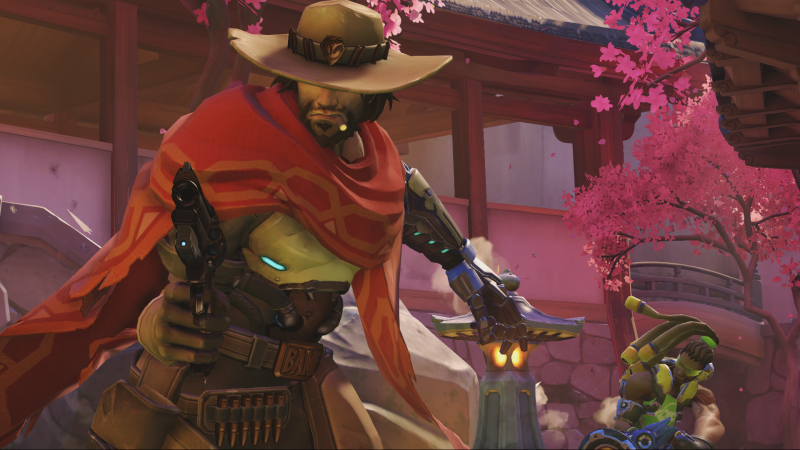 The state of California is currently suing Activision Blizzard following a two-year investigation into the company’s behind closed doors workplace culture. The lawsuit addresses various labor abuse allegations, including sexual harassment, gender discrimination, and a “frat boy” culture regarding internal behavior. The suit also detailed instances of harassment which also allegedly led to one developer committing suicide. Following the announcement that Diablo 4 lead director Jesse McCree has been removed from the company since the allegations became public, the Overwatch developer team has made a noteworthy change to one of the heroes seen in-game, a hero that was named after the developer.

The official Overwatch Twitter page shared a new message with fans, explaining why the change felt necessary while the company wrestles with where to go next. “We build the Overwatch universe around the idea that inclusivity, equity, and hope are the building blocks of a better future,” begins the letter. “They are central to the game and to the Overwatch team.”

“As we continue to discuss how we best live up to our values and to demonstrate our commitment to creating a game world that reflects them, we believe it’s necessary to change the name of the hero currently known as McCree to something that better represents what Overwatch stands for.”

We realize that any change to such a well-loved and central hero in the game’s fiction will take time to roll out correctly, and we’ll share updates as this work progresses. In the near term, we had planned to kick off a narrative arc in September supported with new story and game content, of which McCree was a key part. Since we want to integrate this change into that story arc, we will be delaying the new arc until later this year and instead launch a new FFA map this September. Going forward, in-game characters will no longer be named after real employees and we will be more thoughtful and discerning about adding real-world references in future Overwatch content.

The message ends, saying, “This will help reinforce that we’re building a fictional universe that is unmistakably different from the real world and better illustrates that the creation of Overwatch is truly a team effort. Work on these updates is underway, and they are just a part of our ongoing commitment to honest reflection and making whatever changes are necessary to build a future worth fighting for. We know that actions speak louder than words, and we hope to show you our commitment to making Overwatch a better experience in-game and continue to make our team the best it can be.”

McCree, the employee, joined the company back in 2005 and has worked on several notable IPs under the Blizzard name. Most recently, he was also one of the developers named in the infamous “Bill Cosby Suite,” which you can learn more about here. Other removals have already occurred, including former Blizzard Entertainment president J. Allen Brack and HR lead Jesse Meschuk. The latter was another developer seen in the photos that surfaced about the Cosby suite and the now-public group chat surrounding it.

For those that may not be aware of what has transpired since the lawsuit went public, CEO Bobby Kotick released a statement last week addressing the concerns but seemingly skating around the demands listed in a public letter to leadership. That letter was followed by a company-wide walkout of Blizzard employees, a walkout supported by an open letter from Ubisoft employees that have been faced with similar instances noted within the California lawsuit. To learn more about the proceedings thus far, including details listed in the lawsuit against Activision Blizzard, please review our previous coverage here.

If comments are still showing as disabled, a site update is happening on our side that has caused a temporary takedown. We hope to have them back up and running soon for our community.

Previous articleJourney of the Broken Circle Coming to Xbox One on March 12
Next articleReview: Lacuna (Nintendo Switch)

Deltarune: Chapter 2 Arriving on PC and Mac This Week

Deltarune: Chapter 2, which is the second entry in...