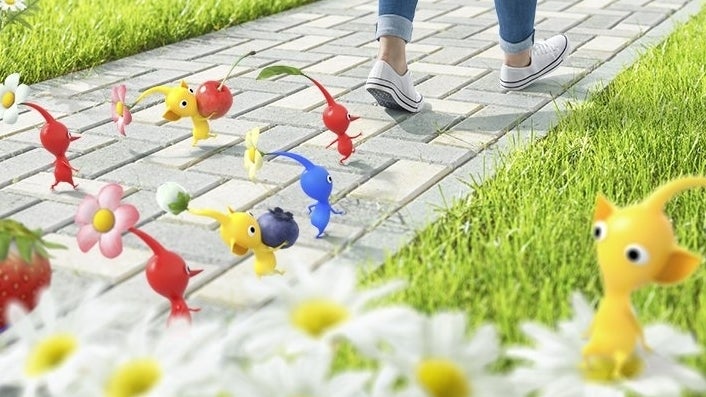 The new Pikmin game from Nintendo and Pokémon Go developer Niantic has begun a public test in Singapore, it was announced this morning.

Players in the region can download the app now via Google Play, and be the first in the world able to try it out.

Currently, the game is still titled “Pikmin App (Early Access)”, and players have been discouraged from posting images and gameplay footage online.

Still, early gameplay details have emerged from fans sharing details of the game’s FAQ pages and, as expected, it sounds like much more of a passive outdoor experience than Pokémon Go.

Walking generates Step Energy, which allows you to grow Pikmin from seedlings. You can then name them and feed them nectar to make them bloom with different coloured flowers.

Exploring with Pikmin will let you find fruit, which turns into nectar. It’ll also let flowered Pikmin leave trails of petals behind – which in turn encourages more seedlings to sprout.

In other words, it sounds like the more you walk around your local area, the more you’ll encourage more Pikmin to grow. You’ll also be able to send Pikmin out on expeditions to gather seedlings from places you’ve walked already.

Selecting to display flower trails with others will optionally allow you to show the routes you’ve walked for the past five days, along with your Mii-like avatar and Pikmin.

All seven major species of Pikmin including in Nintendo’s series to date are expected to appear: Red, Blue, Yellow, Purple, White, Rock and Winged. Costumed “Decor” versions of Pikmin will also appear in certain areas.

Last night, Niantic teased a pair of Google Glass-style specs which will run games on its platform.

In the aftermath of Elden Ring's release, a player called "Let me solo her" became the game's first...
Nintendo

The new Pikmin game from Nintendo and Pokémon Go developer Niantic has begun a public test in Singapore,...

The next entry in Koei Tecmo's Samurai Warriors series...

This is a complete instructional walkthrough of the Ghostbusters...

Watch the reveal trailer for the upcoming story-driven interactive...