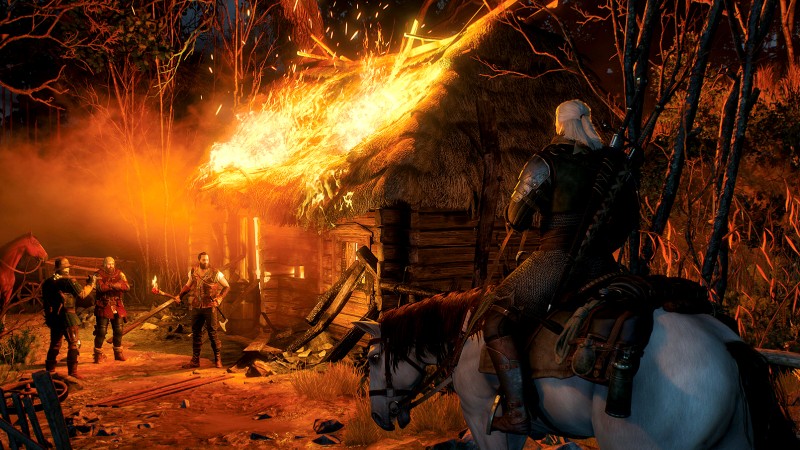 CD Projekt Red has released its 2021 Fiscal Year earnings, revealing new sales numbers for both its Witcher franchise and its latest game, Cyberpunk 2077.

The last time CDPR publicly released sales numbers for its latest RPG, the studio revealed in April of last year that Cyberpunk 2077 sold more than 13.7 million copies in 2020. That means that between the end of 2020 and now – so roughly 16 months – Cyberpunk 2077 has sold about 5 million copies. That’s still an impressive number, to be sure, but it speaks to a larger drop off for the title’s sales in 2021.

Of course, many studios would be happy with selling 5 million in any amount of time but for CDPR, a studio with the Witcher series in its portfolio crossing the 65 million units sold mark, 5 million might not be as impressive. The perceived drop off is likely due to word-of-mouth about its post-launch state, its removal from PlayStation stores for six months, and more.

CDPR has been working hard to shift the perspective on Cyberpunk 2077, though, having just released Update 1.5, which fixes many of the RPG’s problems and makes now the perfect time to play the game. Still, it seems Cyberpunk 2077 will remain in the shadow of CDPR’s Witcher series, especially now that we know the studio is working on a new Witcher game that will be made in Unreal Engine 5.

But, as CDPR’s 2021 FY earnings show, Cyberpunk 2077 might get a boost when its Netflix anime, Cyberpunk Edgerunners, is released this year.

Are you excited for CDPR’s new Witcher game? Let us know in the comments below!

Over the weekend MIT named one of its buildings in honor of one of its alumni: the current...
Nintendo

See if the latest Pokemon games take a giant...

League of Legends: Wild Rift is a kinder, gentler League

League of Legends is hopelessly complicated. Even if you...

Gran Turismo 7: 25th Anniversary Edition Is Back in Stock