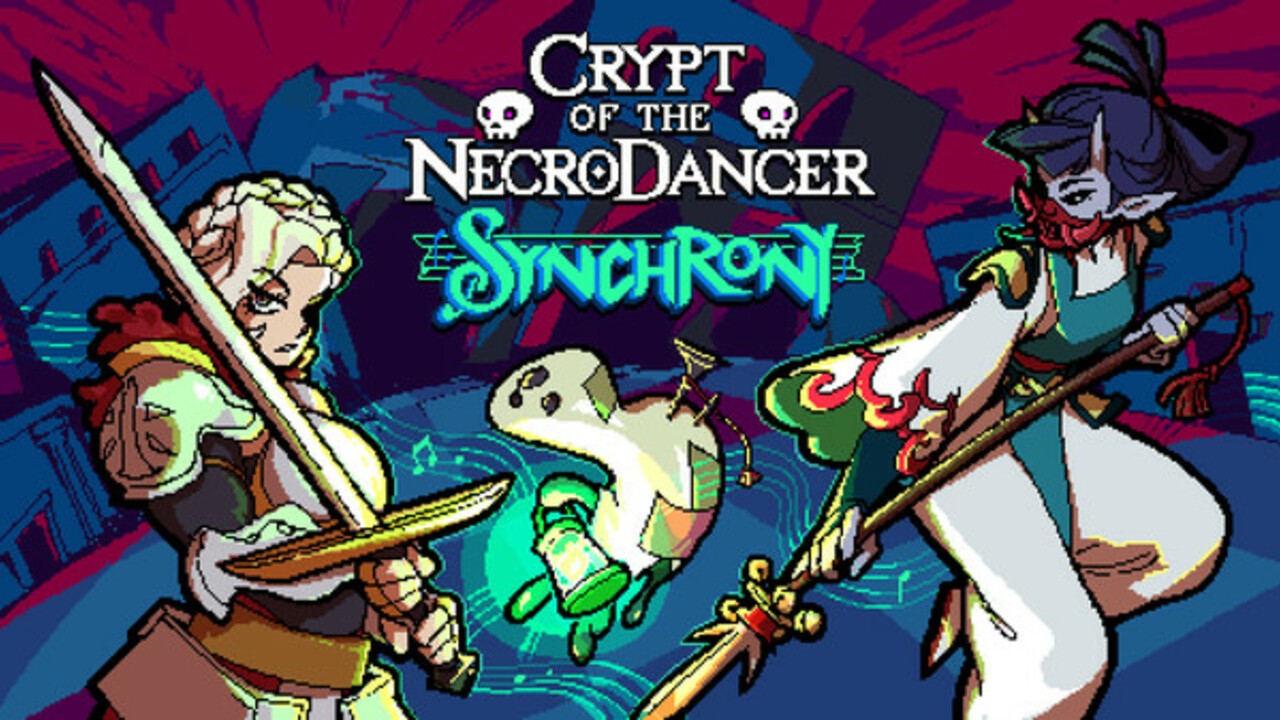 The crypt has been silent for five years, reads the trailer for the new Crypt of the Necrodancer DLC. Frankly, we like our crypts silent, but we’re not Brace Yourself Games, a studio that presumably needs people to know about their games.

Crypt of the Necrodancer, the beloved rhythm-dungeon-crawler that would eventually spin off into a Nintendo-sanctioned Zelda collab, Cadence of Hyrule, is coming back from the dead with all-new DLC. The new content pack, which is called SYNCHRONY, will include new characters, items, enemies, traps, weapons, spells, shrines, and more.

Here’s some info on the new characters:

Alongside the new stuff, players will also be able to play online multiplayer in both co-op and versus modes, with up to seven other people (eight in total).

SYNCHRONY is currently in Early Access on Steam, where it costs about $7 (with 10% off as a launch discount until August 11). The game will have full mod support on PC (courtesy of Australian startup mod.io), but likely not on Switch; however, the developers have stated that there are “even more features to come during Early Access”, so this is just the beginning.

But wait, there’s more! At the end of the trailer for the DLC, Brace Yourself confirmed that a sequel to Crypt of the Necrodancer is in the works, and it’s called Rift of the Necrodancer. The only clues to the game are the voiceover, in which a character says “looks like they’ve got it handled… and me? Well. I’ve got somewhere to be,” the general ’80s vaporwaviness of the title, and the description of it as “a new standalone rhythm game in the Necrodancer universe”. If it’s more of the same? That’s alright with us.

No exact news on release dates for either the DLC on Switch or the sequel, but keep that ear to the speaker and we’ll let you know when we know.

Previous articleHell is Us Preview
Next articleYou might have missed Hell Pie, a gross-out 3D platformer

If you are excited for The Lego Movie 2 Videogame hit that like button ! Thank you for Watching,...
PC

Sometimes a game asks a fundamental, philosophical question that humans have struggled with since the dawn of time....
Nintendo

Subscribe to Nintendo Life on YouTube The crypt has been silent for five years, reads the trailer for...
News

Image: NintendoWell, it looks like there's potentially been another...

As Gungrave G.O.R.E approaches its release later this year,...

Gotta go fast with the Sonic crossover event in...

BloodRayne Betrayal: Fresh Bites, the updated version of the...

If you're planning on downloading the latest Microsoft Security...

Swords & Bones is an action-adventure platformer published by...