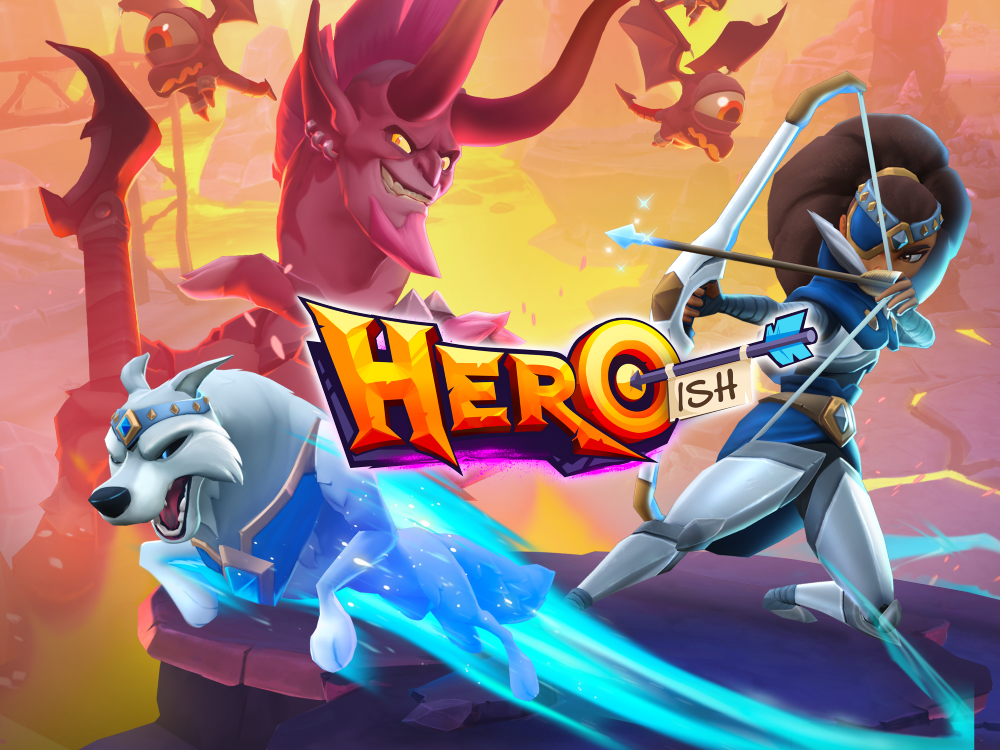 If you’re into card battles and online multiplayer shenanigans, then HEROish has got you covered. The MOBA-lite title is heading to the Nintendo Switch on January 2, 2023.

HEROish debuted on Apple Arcade in July 2022 before bringing its cross-platoform multiplayer gameplay to Steam and consoles. The game promises a combination of tense real-time battle arenas with accessible, card-based combat that’s easy for anyone to pick up and play.

The launch trailer below shows off the colorful fantasy world, brought to vibrant life by humorous storytelling and enchanting orchestral music. It features hand-crafted environments and six eccentric characters with big combat potential and even bigger personalities. This includes Flynn, a paladin with healing abilities, sorceress Lavinia, whose necromantic spells can raise the dead, and the cute-but-deadly anthropomorphic mouse known as Spiderbait, who can ambush opponents with poison traps.

The game was developed by Sunblink, a company founded by three industry veterans behind well-known titles like DragonVale, SpellFall and Army of Darkness: Defense. HEROish marks the team’s first release, which will be followed up by a sophomore effort in 2023.

Julian Farrior, CEO and Founder of Sunblink, spoke about the team’s passion for this project, including a desire to create something accessible to all audiences.

This kind of fast-paced, strategic action can enrapture, but is sometimes daunting—we wanted to introduce a new audience to this excitement through the friendly, inviting lens of cards and deck building.

Are you looking forward to building decks and squaring off with foes in HEROish? Let us know your thoughts in the commenst section.

If you’re into card battles and online multiplayer shenanigans, then HEROish has got you covered. The MOBA-lite title...
News

Following yet another delay for its exceedingly long-in-the-works Dead Island 2, publisher Deep Silver has announced...

Would you like to add Cinderace to your team?...

The Last of Us Was Designed to Be ‘the Opposite

The Last of Us and Resident Evil are supposed...

It's all been leading to this once again! See...

NEO: The World Ends With You Complete Preorder Guide

Everything you need to know to preorder NEO: The...

Presumably feeling pretty good after the success of the...

SHADOW OF THE TOMB RAIDER Walkthrough Part 1 and...

Software engineer busted after being inspired by Office Space scam