Lost Words: Beyond the Page Review

The idea of an emotional platformer generally resonates with me. It’s something that crops up a lot in the indie space, but Lost Words: Beyond the Page has a certain panache for how it crafts a heartfelt story with strong voice acting and clever gameplay. The watercolor visuals and overall presentation are endearing, even if the slower pace and puzzle simplicity never make it more than a stroll through a storybook. This is more the equivalent of a video game picture book than an epic, which makes it a wonderful game to sit down with over an afternoon or two. 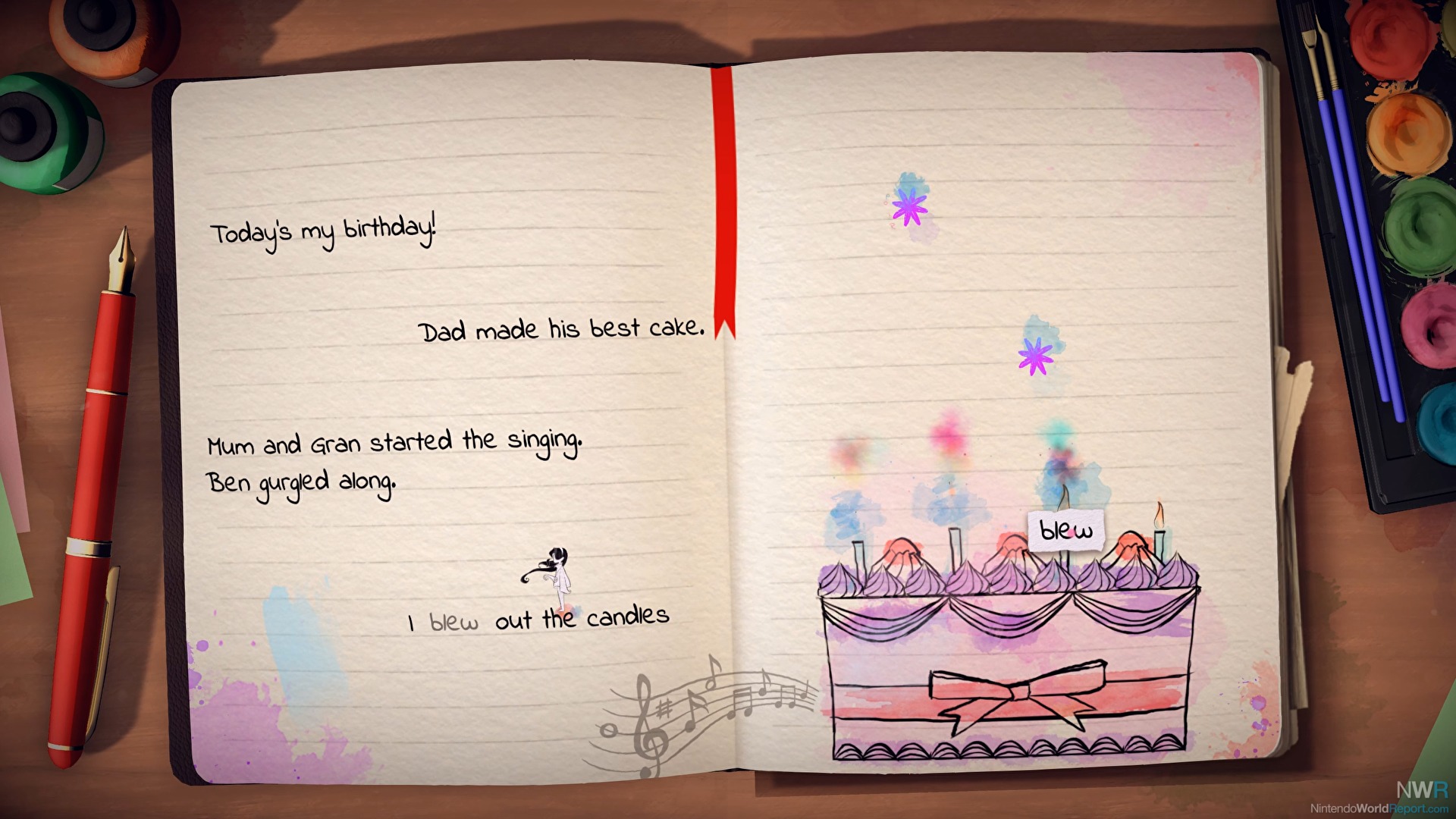 Lost Words stars Izzy, a young girl who aspires to be a writer. We learn about her through her journaling, which is one of the two types of levels you encounter. Izzy’s journals involve you controlling her running and jumping across pages on top of the words she writes, sometimes triggering side doodles or other thoughts. This is much more of a way to experience the story, which is written by game writer veteran Rhianna Pratchett and has solid little-kid voice acting. 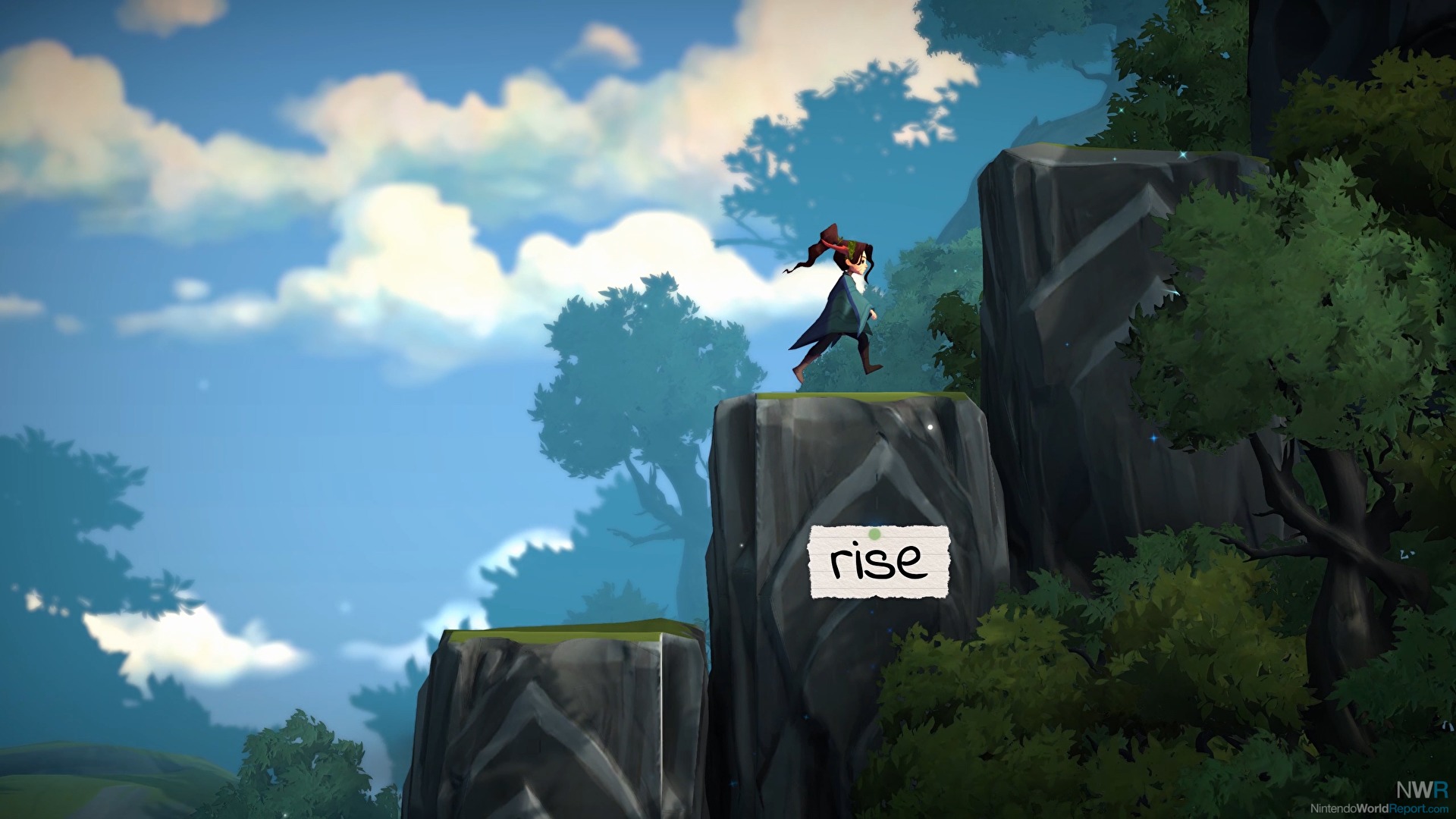 More of the gameplay shows up in the other level type, where you take control of Izzy’s created character in the magical world of Estoria. This has your more typical fantasy story narrative as this young heroine becomes the guardian of the land and has to save the world from a destructive dragon, in a way that parallels a lot of Izzy’s real world struggles. You have options to customize your character here that affect the game in subtle ways, but no matter what, you obtain a magic book where you use different words to impact the world around you in a more obvious fashion. You can make platforms “rise” and “break” down obstacles, for instance. I kept hoping some of the later puzzles would be more challenging, but everything was always relatively cut and dry.

But the point of Lost Words isn’t to be a hard-as-nails platformer. Optional challenges exist in finding fireflies strewn about the land, but the goal of Lost Words is to see how Izzy deals with trauma in her life by diving into a fictional world she created and sometimes barely has control over. The story is touching and occasionally devastating; it definitely brought a single tear or four to my eye while playing. What brings it all together isn’t the tough puzzles or tense platforming, it’s the writing. Izzy feels like a real girl dealing with real problems. On top of that is the presentation, which looks gorgeous on both the Switch screen and TV. The watercolor style pops, especially as the game wears on, and the visuals evolve as Izzy gets more anxious and worried. 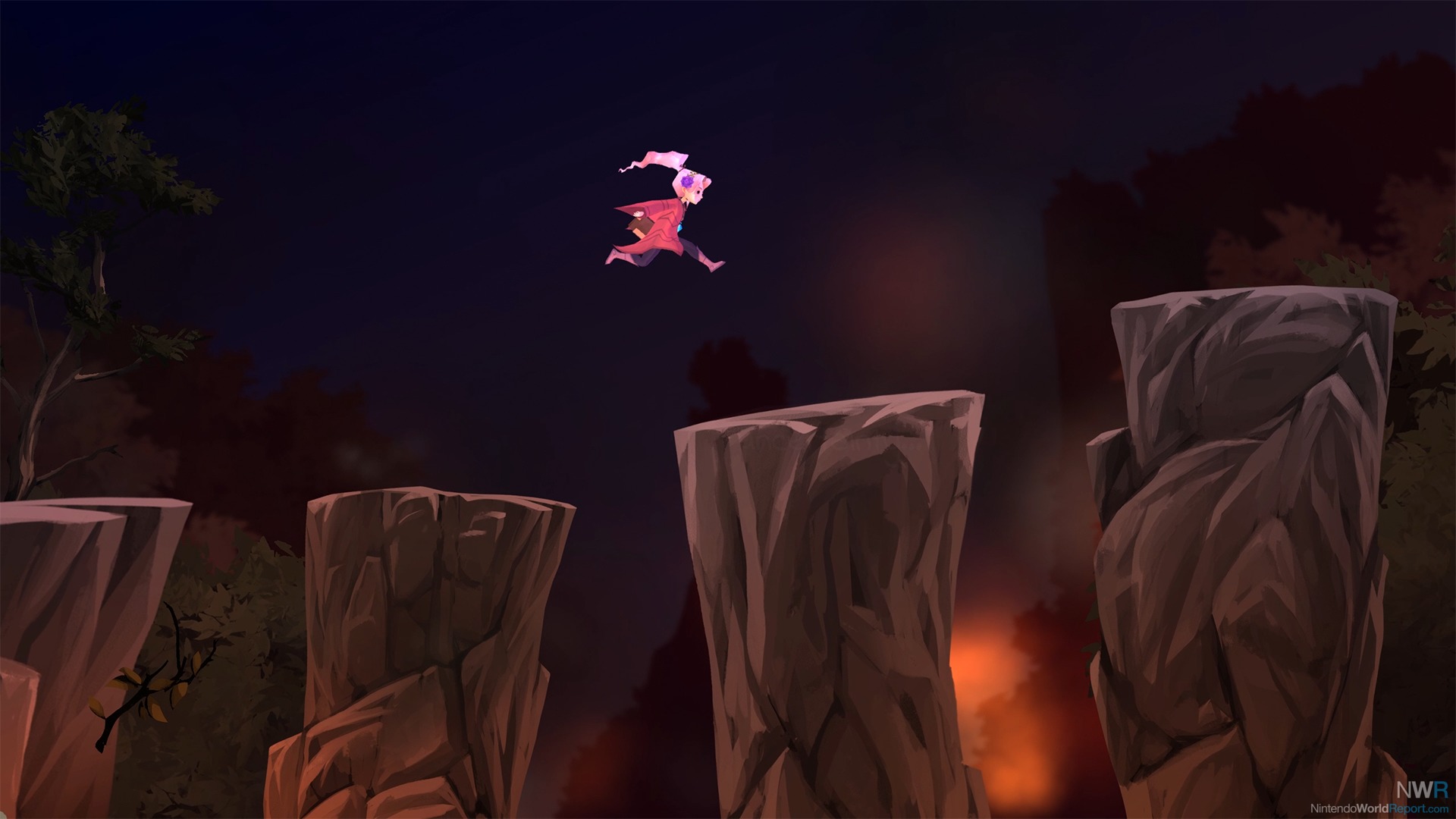 Lost Words: Beyond the Page is an emotional story with an enjoyable wrapper of art, music, and gameplay that lasts about three or four hours. Turn back if you want an immense challenge or brain-wrinkling puzzles, but if you’re looking to shed a tear or two and take in a well-written story where you move a character around and occasionally solve some clever but basic word puzzles, this is a great game to experience.

Lost Judgment disappoints with its main story and simplistic...