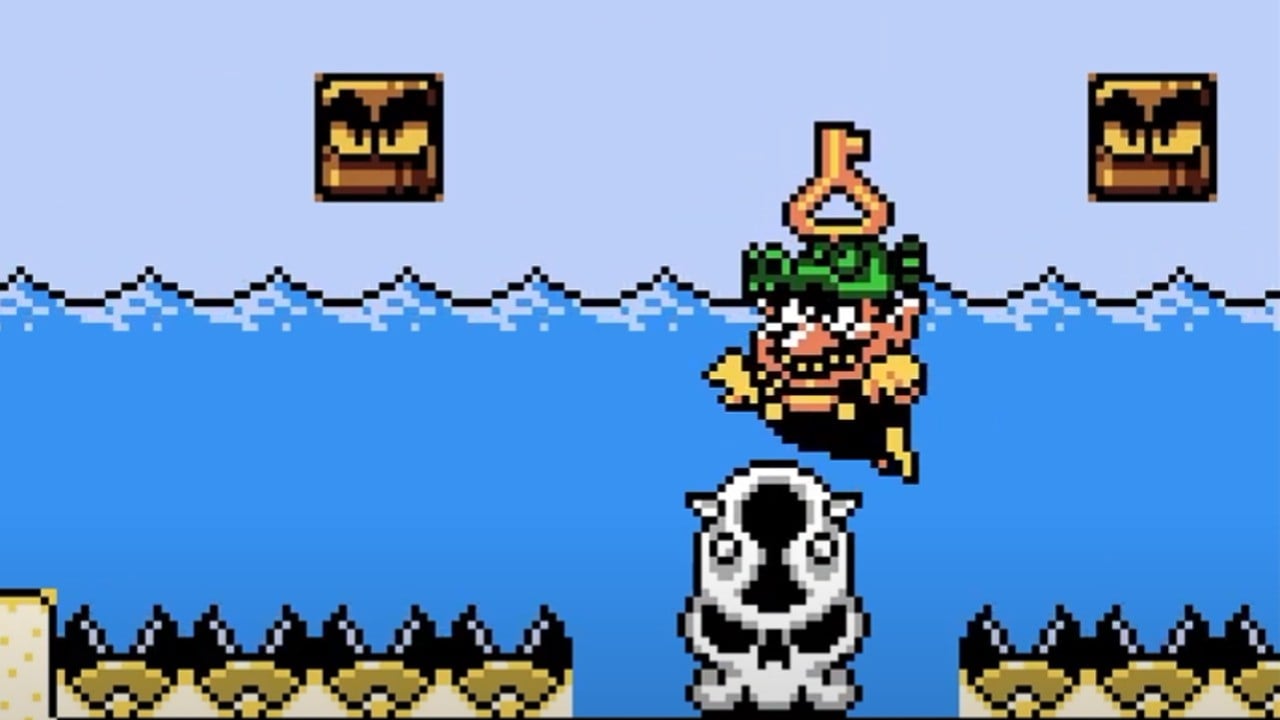 While nowadays the talk is always “what other Wii U games can we get on Switch”, perhaps in an earlier age kids on the playground talked about “what Game Boy games can we get ports of for the Color?”. Ok, maybe not, but it’s an interesting thought; of course, online communities of enthusiasts and modders do more than just wonder aloud about how native Game Boy Color versions of classic games would look.

On sites like Romhacking.net there are modders embarking on some interesting projects, including ‘DX’ entries in the Super Mario Land series. The first two games were already completed by toruzz, and now Wario Land: Super Mario Land 3 has had the same DX treatment, this time by user korxo. Our contributor Gonçalo Lopes has been playing it and captured the video at the top of the page.

Below is the modder’s description, giving a hat-tip to the work on the previous two DX mods for this series:

The first entry in the Wario Land series has been colorised with this hack.

It doesn’t have the quality of the Mario Land color hacks, but it’s still better than the monochrome version.

It doesn’t run on a monochrome Game Boy, only on a Game Boy Color.

Wario Land: Super Mario Land 3 did actually support the limited colour palette feature included on the Game Boy Color, though this mod aims specifically for the ‘DX’ look that many of us know from The Legend of Zelda: Link’s Awakening DX.

It’s fun to see this sort of project come together, giving a glimpse of what could have been if Nintendo had put a big focus on more ‘DX’ releases in the Game Boy era – many games, of course, had to make do with Super Game Boy colour palettes.

Let us know what you think, as always, in the comments.

Previous articleLEGO Star Wars: The Skywalker Saga Is Building Toward A
Next articlePower Chord follows in the deckbuilding footsteps of Slay the