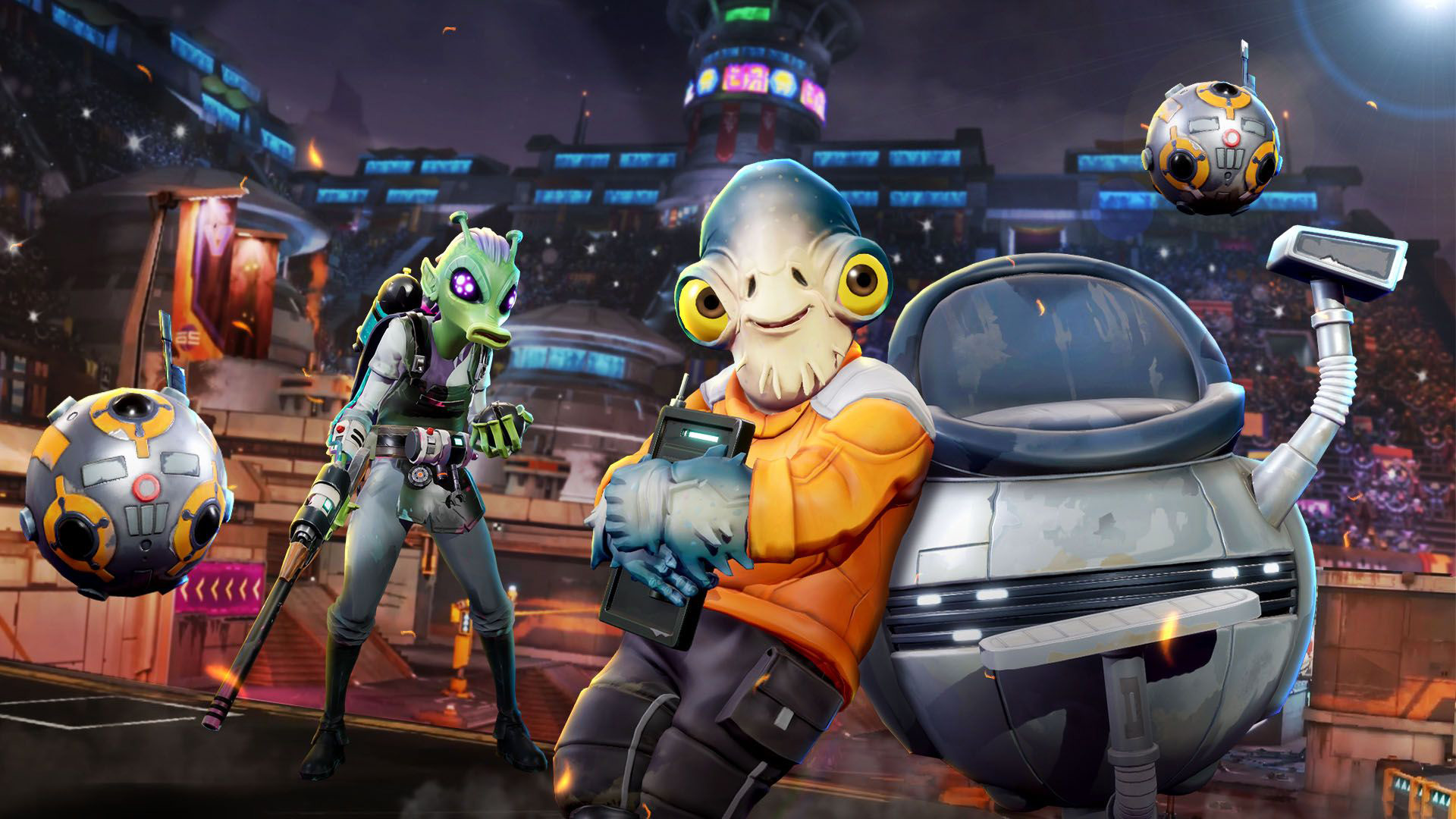 Zynga and Lucasfilm Games have unveiled new characters and maps for the upcoming Star Wars: Hunters game, which is heading to the Nintendo Switch later this year.

Star Wars: Hunters is a competitive arena combat game in which players can compete as daring bounty hunters, heroes of the Rebellion and remnants of the fallen Empire. Two new characters and two new maps have been teased for the multiplayer game set in a galaxy far, far away.

The new characters Skora and Sprocket are ready to prove themselves in the vicious arena. Skora is a Hunter who has the ability to deliver health to her allies and harm to her enemies with her ingenious Dart Gun. She’s also a legendary cartel doctor, and could be exactly the kind of scum and villainy you’d want on your side.

Meanwhile, Sprocket is another Hunter and the number one fan of Hunters of the Outer Rim. He comes packed with an arsenal of droids ready to protect allies and hurt enemies, all controlled from the comfort of his custom Command Chair.

In the game, teams of four will battle in arena settings inspired by iconic Star Wars locations. Two new maps have been teased, including The Great Hunt, which sees Hunters escort a massive harpoon through the unforgiving desert terrain of Tatooine to the forest moon of Endor in pursuit of the fabled Gorax. Tatooine seems like a good choice given The Book of Boba Fett has just wrapped up on our small screens.

The second map to be announced this week is known as Dusty Ridge. Here, Hunters will take partake in the dangerous sport of Huttball, which is also a new game mode. It’s a brutal game in which violence and cheating are strongly encouraged.

Check out some screen grabs of the new maps below.

The action game is set to immerse players in fast-paced and visually stunning Star Wars conflict. The game will launch on the Switch as a free download later this year. It will also be available on the App Store and on Google Play and will support synchronous cross-play across platforms. We’re also told that Star Wars: Hunters does not require a Nintendo Switch Online membership to download and play.

Are you ready to take on the galaxy? You can pre-register now to unlock exclusive in-game content when Star Wars: Hunters launches.

Let us know which character you’ll be playing as when Star Wars: Hunters launches later this year.

Previous articleNew Genshin Impact 2.5 Weapon is Made for Yae Miko
Next articleGhostwire: Tokyo is more Watch Dogs 2 than The Evil

A Jujutsu Kaisen crossover event will eventually show up...