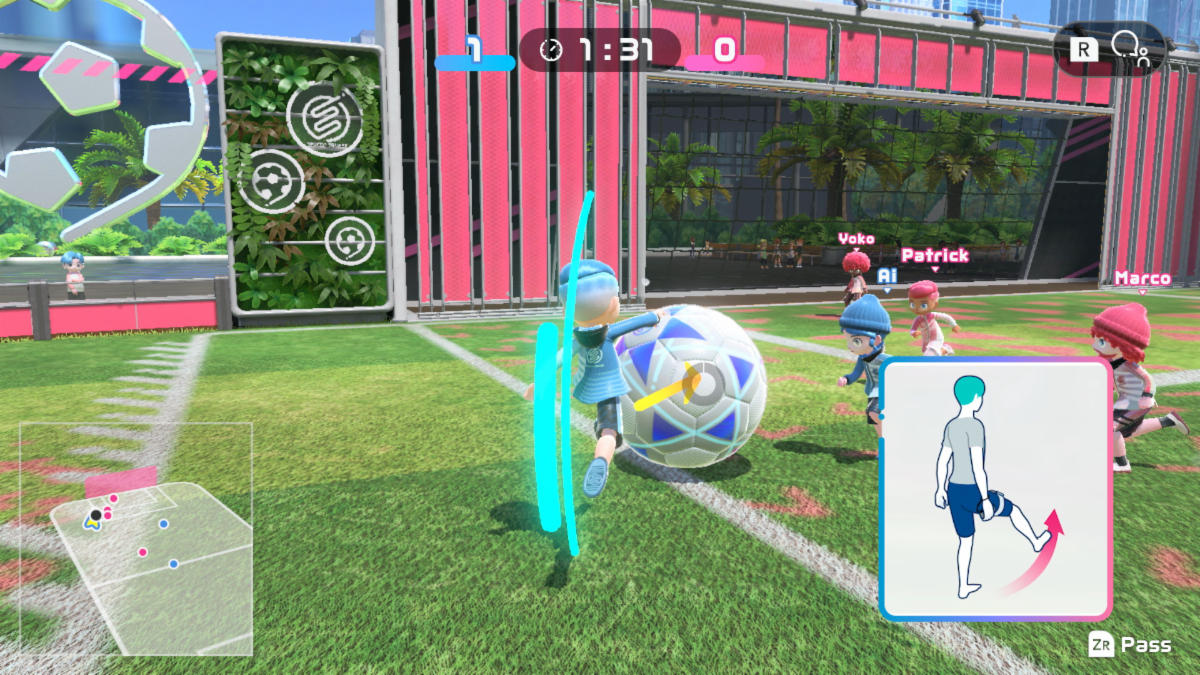 Nintendo is releasing a free update for its flagship sports title, Nintendo Switch Sports, set to bring new moves and rankings to the activity-based multiplayer game.

The new content will be available from 6 pm PT on July 26. So what exactly can you expect from the update?

Firstly, there’s the ability to turn real-life kicks into powerful in-game soccer actions. Basically, you can strap a Joy-Con to your leg to translate your own kicks onto the screen with the Leg Strap accessory, which came bundled with the physical copy of the game (and can also be purchased separately). This move applies to Four-on-Four and One-on-One matches. You can also use your hands to dash by moving them as though you’re jogging in place. This makes your in-game kicks even more powerful.

Next, there are some fancy new volleyball moves to try out with the addition of the Slide Attack and Rocket Serve. The Slide Attack promises to make your spikes even more unpredictable, while the Rocket Serve allows you to catch your opponents by surprise right from the start of the match.

Finally, you’ll be able to play like a pro with changes to the Pro League. This update will allow you to reach for even greater heights when you play online in the Pro League with the addition of two new ranks: S Rank and ∞ Rank. Honestly, what could be better than reaching the Infinity Rank?

While there’s no new sports to try with these updates – we’ll have to wait until fall for golf to make its long-awaited return – there’s still quite a few new things to try in the meantime.

Until then, how are you enjoying Nintendo Switch Sports? Let us know which sport you’re playing the most!

Capcom will have a significant presence at Tokyo Game Show 2022. The company has revealed initial details for...

Who knew looking over this game's shoulder this whole...

Without the support of the masses, lots of incredible...

CI Games has announced that Lords of the Fallen...