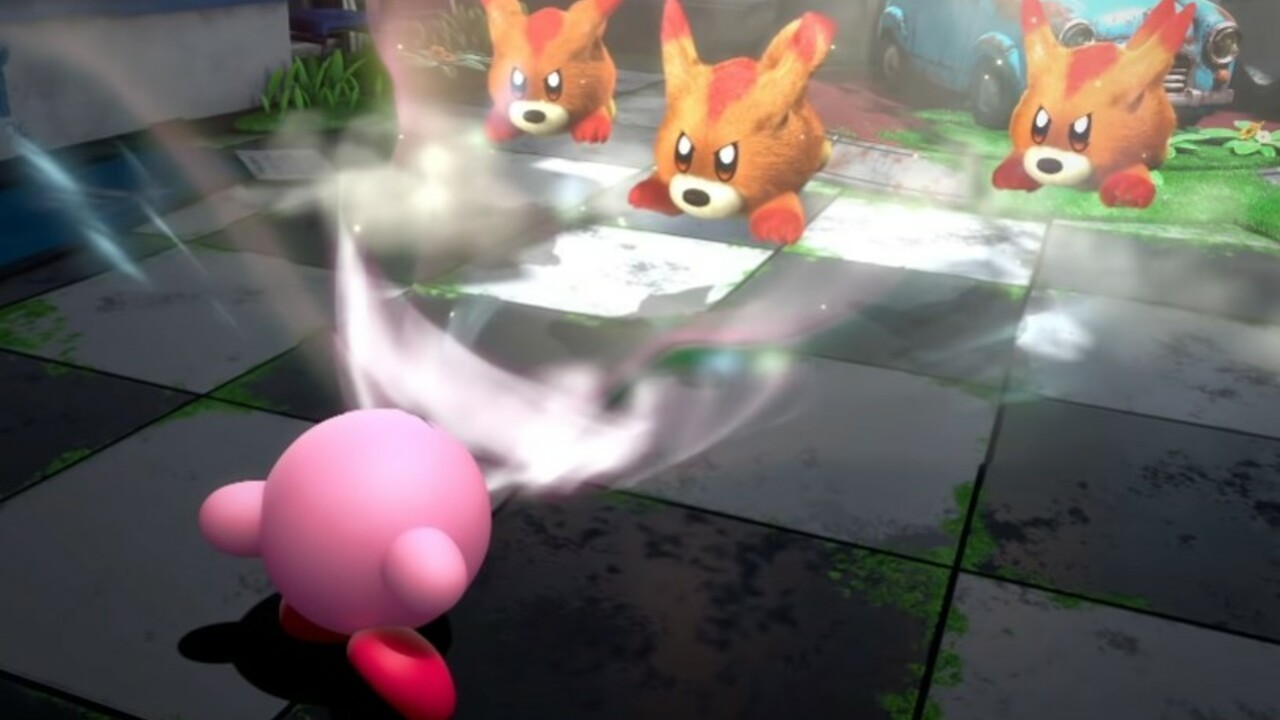 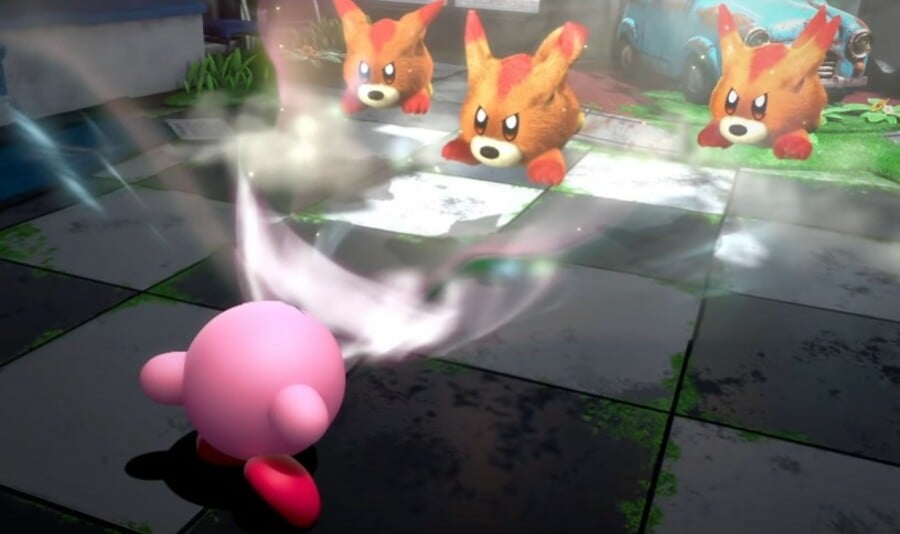 No video game character in the world is as cute as Kirby, right? Nothing is terrifying or evil about a pink blob that can suck up or eat anything, and nothing is unsettling about the lore of the games or the enemies or anything.

But hey, at least the Awoofies are cute. These adorable little puppies are found everywhere in Kirby and the Forgotten Land. They have chubby legs, little noses, and pointy ears. They’re also incredibly fluffy — who would want to hurt them?? Well, us, the player, apparently.

The official Japanese Kirby Twitter account has shared some pretty monstrous data that has us feeling a bit terrible about ourselves — so we want to share it with everyone to make sure you wallow in collective guilt with us!

In the game’s hub, Waddle Dee Town, there’s a character known as Wise Waddle Dee who shares information that he’s collected from players all over the world. And one of those bits of detail is *gulp* how many awoofies players have killed. And the body count of these sweet little pups has reached an enormous high — one billion.

Hello everyone! This is Waddle Dee.
This time I will deliver worldwide information!
The number of Awoofies Kirby has slaughtered has exceeded 1 billion in the world!
But it’s a tremendous number … As expected, Kirby!

As expected? Is Wise Waddle Dee saying Kirby is a murderer? Does that mean we’re murderers? We can’t take the thought of contributing to this high number — it breaks our hearts. But, well, it was all for peace and saving the world, right? That’s what we’ll tell ourselves.

The tweet was shared on Reddit, where user razorbeamz revealed that the Japanese word for “kill” can also be used to say “defeat”. But kill is obviously the optimal word here for maximum guilt. Although Google translate makes us feel even worse by using “slaughter”. So we just feel bad whatever way it’s put.

Well, we suppose we set ourselves up when we made this list where we ranked the Kirby enemies and the Awoofies placed pretty highly:

Do you feel terrible about contributing to the Awoofy death count? Or are you willing to do anything to save the world? Let us know your Kirby thoughts in the comments!

As reported by VGC (opens in new tab), collectible grading service Wata is facing a class-action lawsuit over...
Nintendo

Image: Nintendo / HAL LaboratoryNo video game character in the world is as cute as Kirby, right? Nothing...
News

IGN has more Sonic Frontiers gameplay for you today, this time focusing on combat. In the above video...

Ten years ago, I helped co-found Day of the...

Image: Paramount PicturesOne game that flies under the radar,...