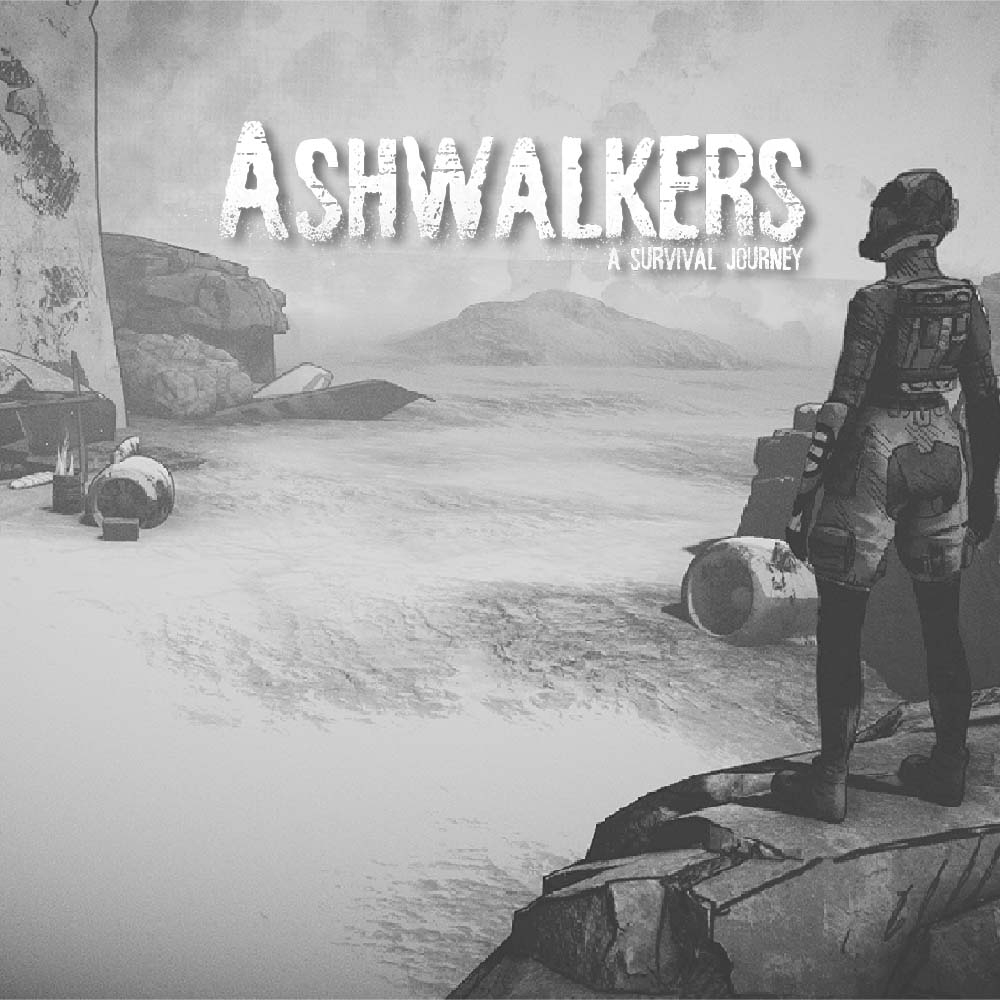 Ashwalkers is a post-apocalyptic survival game. The focus is on the story and the choices you select, making it feel more like a visual novel than a survival-type game. While the concept is unique and the number of options allows for several different endings, the overall execution and technical flaws keep this from feeling like a polished product.

The world that Ashwalkers creates is fascinating, taking place in the future where a geological disaster occurred, causing Earth to become a wasteland. You play as four adventurers and set out to find the Dome of Domes, a safe place for your tribe. And as you explore the wasteland, you come across others trying to make life work in the harsh environment. You can choose how you want to handle different scenarios and interactions with NPCs. For example, do you go in with the plan to attack or with a diplomatic approach? Each decision has four other choices, allowing for thirty-four possible endings. 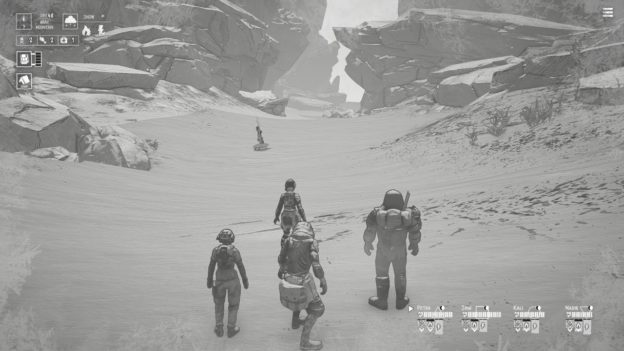 As you explore, you’ll need to keep track of four stats of the characters: warmth, hunger, sanity, and energy. These will deplete as you travel, so you’ll need to find supplies and set up camp to keep the crew alive. You’ll set up camp to use materials found in the world to increase your warmth and hunger. And allowing characters to rest and converse will increase their sanity and energy.

The game offers a tutorial, but it doesn’t provide much explanation. Instead, it’s a simple walk-through of collecting materials and the camp mechanics. I would have appreciated a much more in-depth tutorial in most games, but the game is relatively easy, and I never felt any of my characters were ever in real danger. There are plenty of resources to find, and there is no combat in the game; instead, the decision you make plays out via text, making the game feel like a walking visual novel. Nevertheless, as survival games go, this is the easiest one I’ve played. 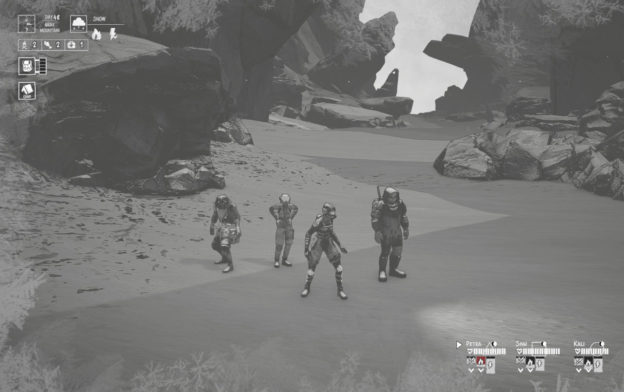 While the concept is interesting, a lack of execution makes the game feel dull. None of the characters have an interesting background and no real personality. I never felt connected to them. They are just faceless protagonists with nothing that distinguishes one from another. Instead, I would have preferred creating characters and selecting their skillset.

The game also railroads you. While there are areas that give the appearance that you can investigate, in most cases, I was disappointed and forced to take the path that the designers wanted me to take. 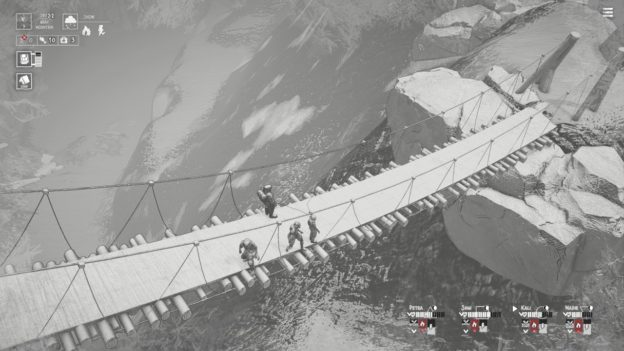 But it’s the technical issues that caused most of my frustration. First, booting up the game, it crashed a few times on me. Then, while traversing the landscape, the characters would get stuck, and I wasn’t sure it was because of a glitch or if I needed to walk in a different direction. Finally, the game is all in black and white, and plenty of times, the text was in white on a white background, making it impossible to read. These are things that should have been caught in QA, making it feel like the game is in an early build and not ready for production.

For 20 years now, the Stronghold series has fortified...