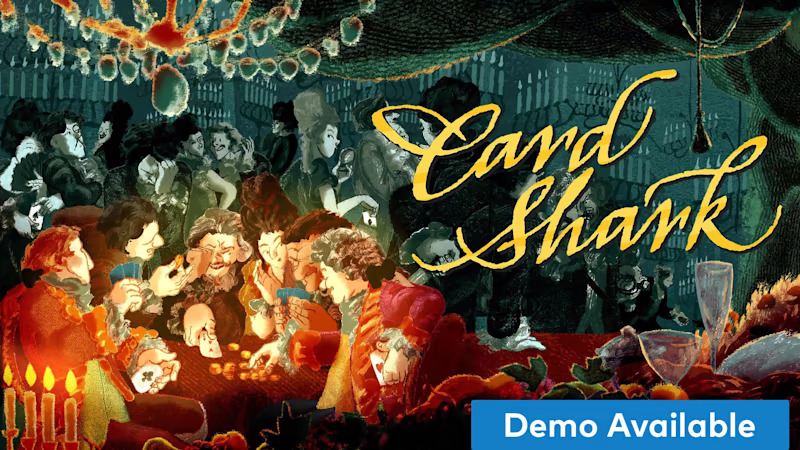 Card Shark is an interesting game indeed. Set in 18th-century France, you play the role of a mute bartender who becomes entangled in a life-and-death experience under the pretense of a simple game of cards.

The goal of Card Shark is to cheat your way across the country, raising money for a band of misfits who aspire to help those in need – a little like Robin Hood without the bows and arrows. Your journey from servant to savant is full of intrigue as you meet notable characters and uncover the secrets of the rich and powerful. 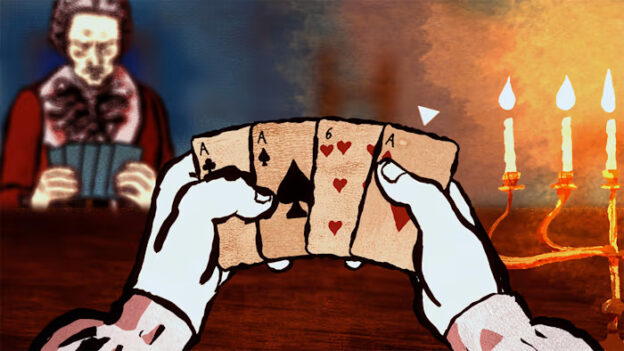 A handy overview explains the rules if you’re unfamiliar with hearts, spades, clubs, diamonds, or what an Ace is and why it’s important. Having said that, you only need to know the basics since you’re not actually playing cards, simply using various techniques to cheat your way to the top. And there are many such tricks at your disposal, which is one of the reasons why Card Shark is so much fun.

For example, as a waiter, you may be asked to pour wine for your “guests”. Meanwhile, you’re actually stealing a glance at your opponent’s cards. Then you can signal these cards to your master – who’s playing against those same guests – via a simple table wipe, with each direction representing a suit, for instance. The real trick is not to spill the wine – you have precious few seconds to glean what’s in your opponent’s hand! 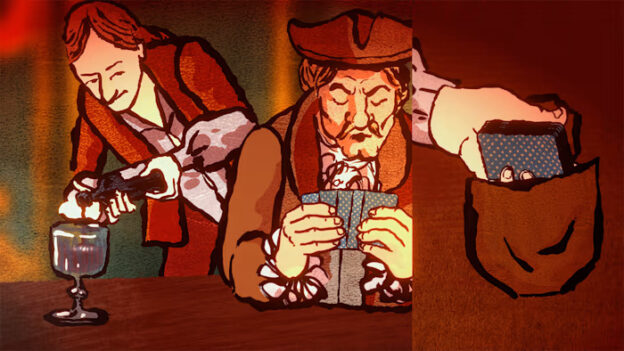 The cheating becomes more and more complicated as you progress. Soon you’ll be picking cards up in a specific order or shuffling them in a special way. Card Shark even extends beyond poker-based games. Along the way, you’ll learn how to play (and cheat) at parlor tricks like three-card shuffle and coin toss. In fact, there are over 20 tricks to learn. Each is fun to discover, although it can be difficult to remember what to do in each circumstance. A reminder tool gives you a simple description, but I found it hard to revisit the game after a few days when I’d forgotten how certain tricks worked.

The graphics are neat, with an aesthetic that looks like it’s been lifted from the 18th century and given a cartoon-y treatment. Characters are well animated, suiting the French environment with pastel colors and interesting brush strokes. It stands out to become one of the title’s best features. There’s no voiceover work, but there is a fair amount of dialogue, meaning there’s a bit of reading. Not too much, but enough to give the impression of a visual novel with interactive elements – namely, the card games. 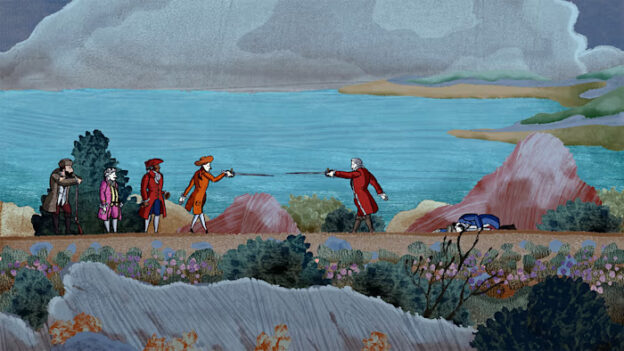 Another interesting element is what happens when you lose. I was thrown in jail and even killed at one point – yet the game wasn’t over! Without spoiling things, there seems to be a way to cheat your way out of almost any situation, including death. It makes for an exciting story that had me smiling as I played.

I also appreciate the inclusion of touchscreen controls in handheld mode. It suits the gameplay perfectly and creates an even more engaging experience. It adds a point-and-click feel to the visual novel-esque style. Much like the various card tricks you learn in-game, this is a title of many talents. 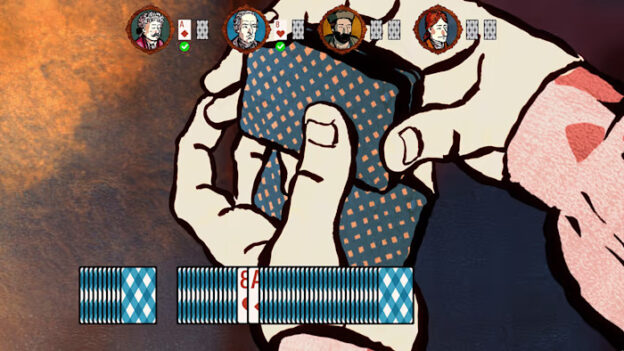 Overall, Card Shark is a unique title with an interesting animation style and equally interesting cheating concept, all set far from today’s modern world. These elements combine to create a fun and engaging game that will leave a lasting impression.

Insomniac Games has revealed that its Marvel's Spider-Man games have sold over 33 million copies worldwide as of...

Capcom will have its own presentation stream in June...

Card Shark is an interesting game indeed. Set in...

Ubisoft announced last week that it's pulling the plug...

Plants. Zombies. Enemies from the dawn of time, as...

A musical concept album is a bunch of songs...

Hello Travelers! Your Genshin Impact dev team is back...

It’s the first of September, defend yourself!

Pinch! Punch! It's the first day of the month...