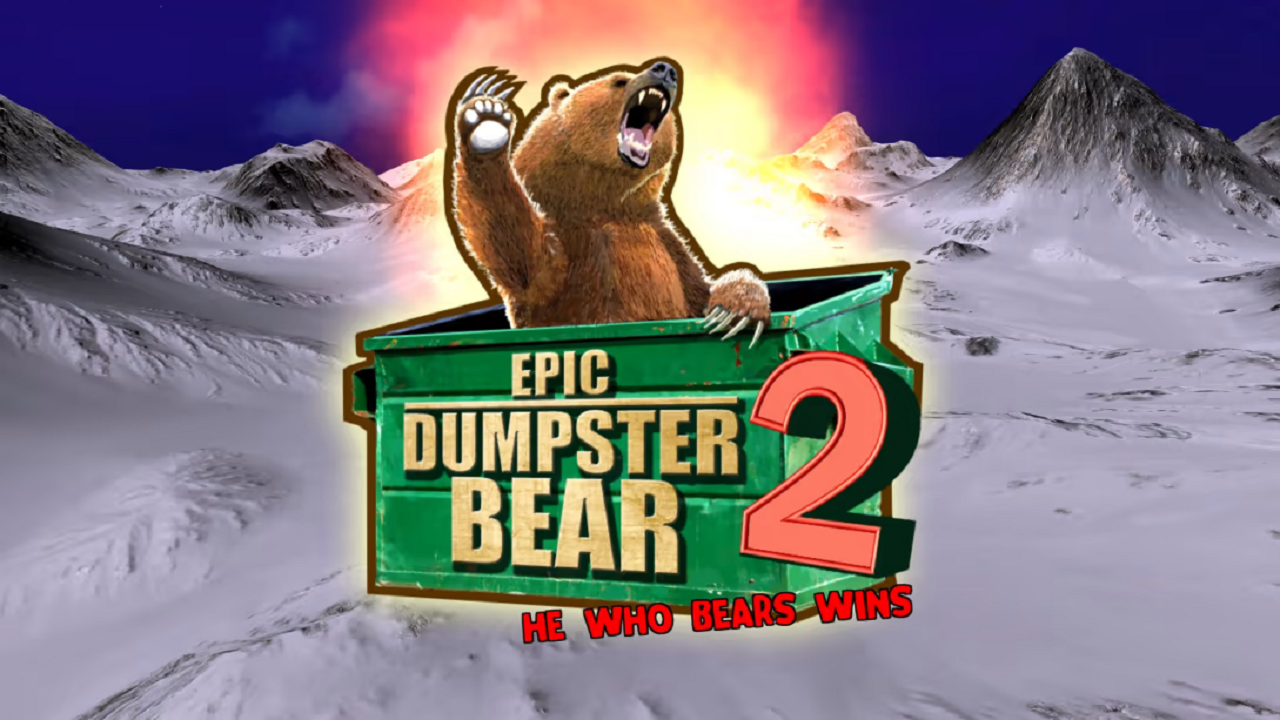 Try not to take Epic Dumpster Bear 2 too seriously. It’s more of a meme and takes itself comically serious in an ironic sort of way. If you missed the first game, don’t worry, there’s a recap at the beginning of this sequel.

An evil corporation is experimenting on animals and ruining the environment; you know the story. Dumpster Bear is fueled by a sense of revenge and justice. You experience some cutscenes in between levels in a world and then face a boss at the end. After the boss, you get another cutscene to fuel Dumpster Bear’s determination to defeat the bad guys. Also, before each level, you get a bear fact.

The levels are like Mario, in the sense that it’s a side-scrolling platformer that you have to run through, defeat enemies, and collect three red coins throughout the level. Some enemies include giant colorful wasps, gators snapping out of barrels, and wild boars. At the end, instead of a flag pole, you face-plant into a bullseye to earn points. There are some bonus levels you can run through that cost coins to unlock, ones that you collect throughout. Thankfully, around halfway through a level, there is a dumpster with a spare heart, a checkpoint if you die.

Speaking of dying, if you lose two lives and die, you have the option to retry, retry with an extra heart, and give up. I don’t know why you only get two lives to start with, but it does make the game a bit harder. Get used to dying, at least for me; the levels were really hard, even without three hearts.

The frame rate and movement make me think that this game would be great for speedrunners. Which I think is intentional because apparently, you can unlock speedrun metals. It reminds me of those Mario Maker courses where you have to be precise in order to speed through the levels.

The graphics are…graphics. Dumpster Bear creeps me out as his jaw unhinges far more than natural, and when you go through the levels, he looks like he has a hunchback or his back is broken. I don’t think you’re supposed to take the graphics seriously, but I figured I might as well mention the obvious.

Epic Dumpster Bear 2: He Who Bears Wins is a funny game that controls great. Though I wish the story was a bit longer, you unlock bonus levels. I’d say it’s worth checking out.

Most Epic CASTLE SIEGE I’ve Ever Played in a Video

The story of Irrational, the studio that shut down to