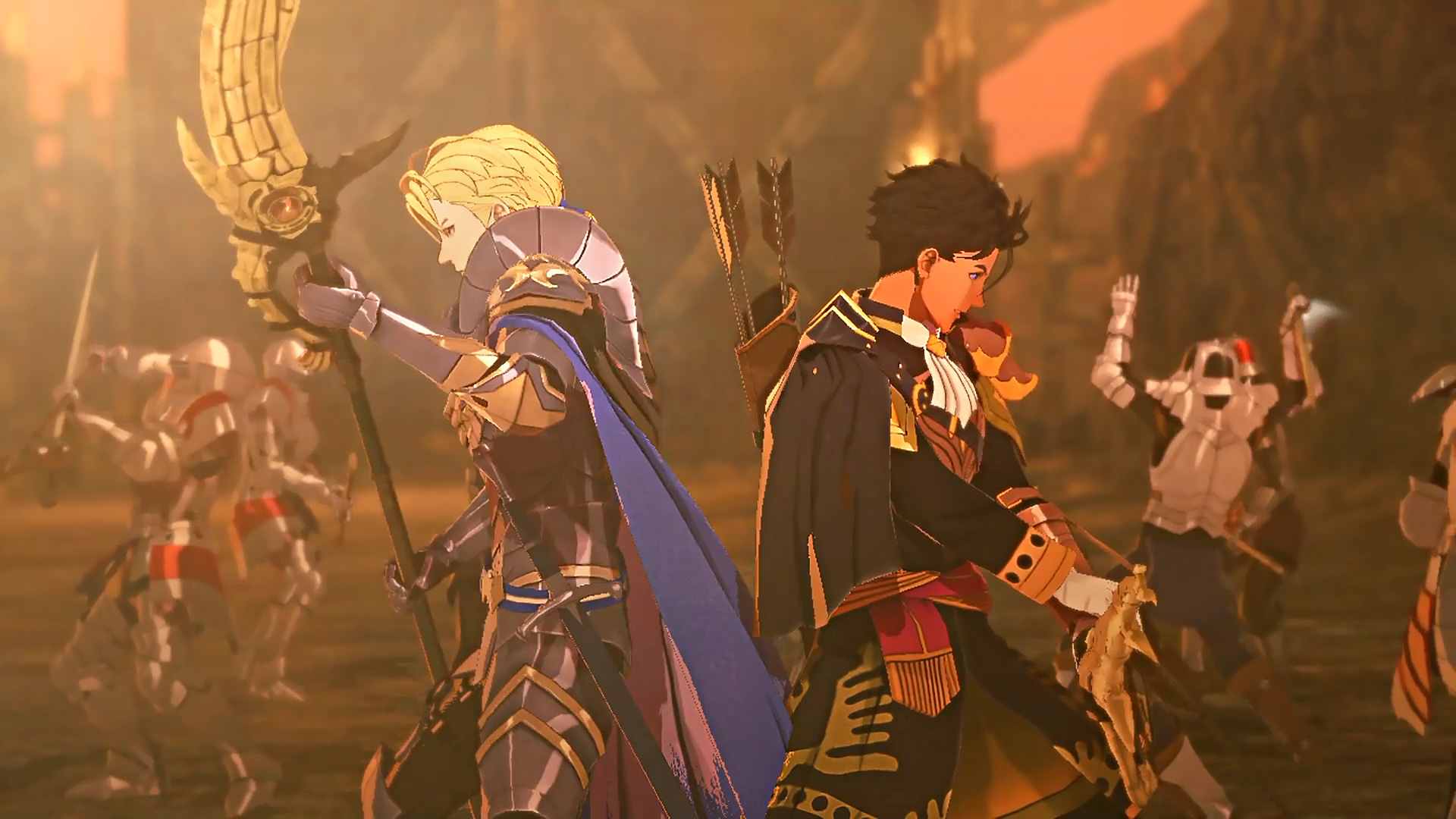 My first approach to reviewing Fire Emblem Warriors: Three Hopes was to break it down by franchise: Warriors and Fire Emblem. But I don’t think that’s far enough. I’m a fan of both, but I know Three Hopes is meant to appeal more to Three Houses fans than to those who got their Fire Emblem start well before that.

Along with the hack-and-slash Musou action that defines Warriors games, Koei Tecmo has jammed Three Hopes with as many elements from Three Houses that they could shove in. As such, a lot of this game will feel very comfortable to those who played through Byleth’s adventure. If all her “school days” stuff put you off, however, it’ll also put you off here.

Interestingly, Fire Emblem Warriors: Three Hopes is neither a sequel nor a prequel to Fire Emblem: It sets up a different path in which Byleth never becomes a professor at Garreg Mach. In fact, the game opens with Byleth kicking your butt in the first battle. 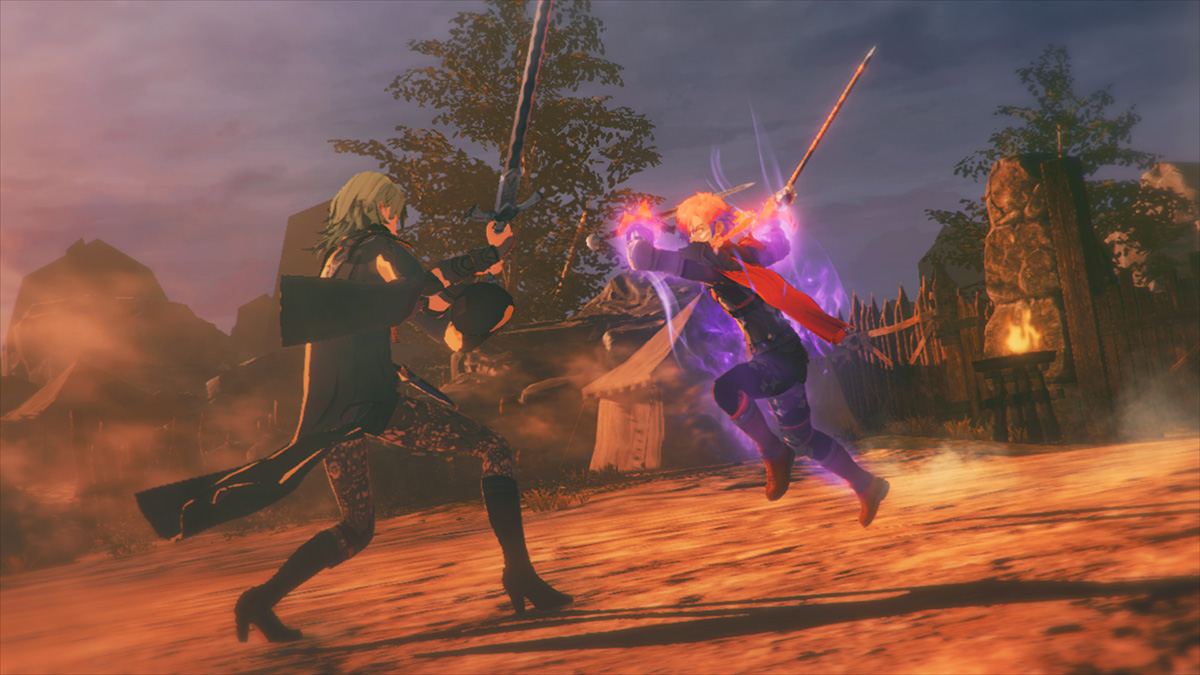 You play as Shez, a mercenary who—like Byleth—has a connection with some sort of spiritual being. This one’s named Arval, and any importance he may have is overshadowed by the fact that he’s voiced like a puppy from a Disney cartoon.

The player is again asked to choose between Edelgard, Dmitri, and Claude’s house, but much earlier in the game this time. The route you choose will shape the story and the conclusion, allowing for multiple playthroughs. It’ll also change up the battles a bit, but it’s tough to notice since they all blend together. The biggest variation is in the combatants to which you’ll have access. I chose Edelgard’s Black Lions because that’s the only path I didn’t play in Three Houses. And although Edelgard herself is a bore, the Black Lions are kind of fun. You’ll have the opportunity to recruit members of other houses while on the battlefield. You don’t have to recruit everyone, but killing them denies you access to some of the game’s paralogues which contain some of the more innovative missions.

As you surely know by now, the Musou battles involve running around large maps to achieve specific objectives. Thousands of soldiers stand in your way, and you’ll want to kill a good majority of them to power-up your stronger attacks and achieve that all-important S ranking. Most combat involves utilizing specific combos of X and Y, dodging or blocking, and using your special skills at the right time. 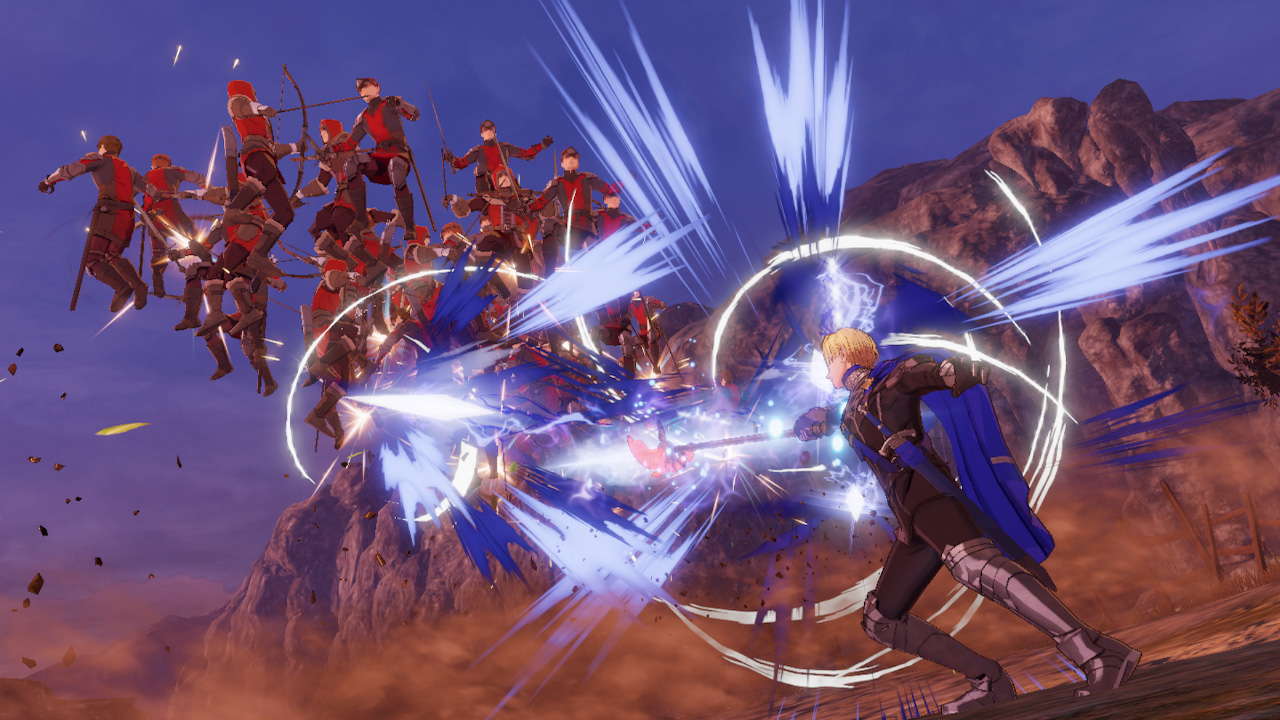 As with Three Houses, you can learn and assign specific skills for each class, allowing you to optimize your characters for the way you intend to use them.

Each chapter of the story contains around five or six smaller battles in which you can pick your combatants. Winning these battles allows you to explore the immediate region for resources to use back at camp. They also sometimes open up additional battles or allow you to level up a character’s skills. Although you can replay battles at any point in the game to improve your grade, you can’t explore the regions once you’ve completed that chapter. So, grab those resources while you can. 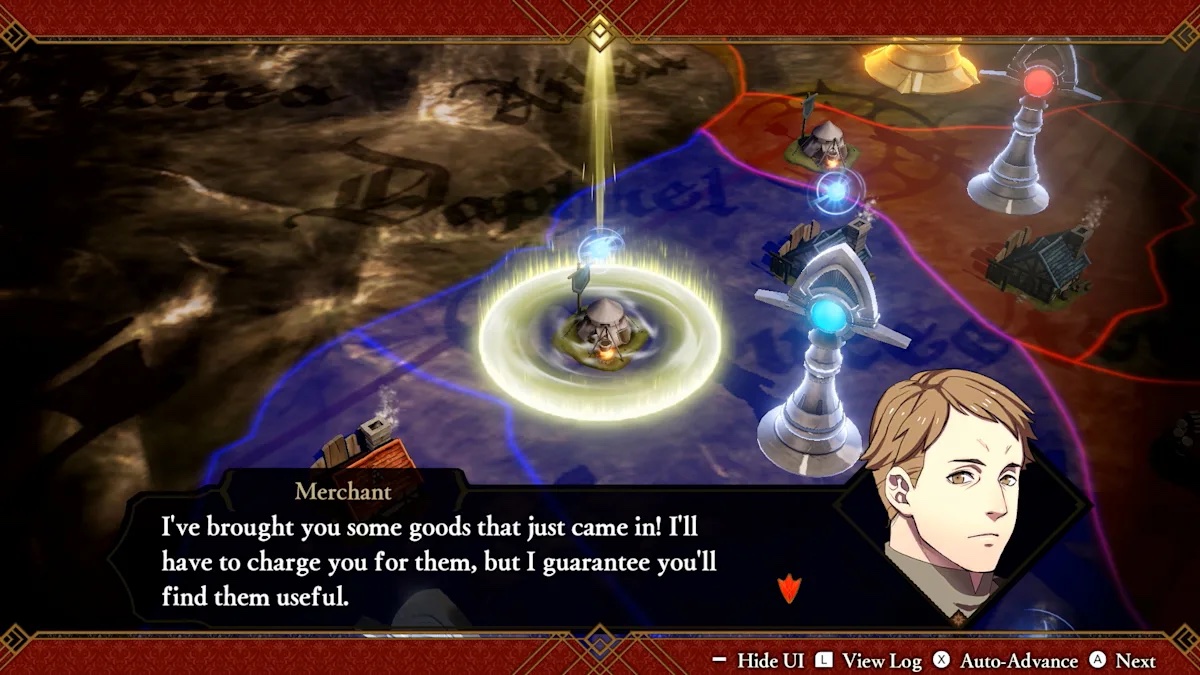 Chapter completion only happens after a larger battle. These take longer to complete and can involve up to eight soldiers—the four you control and four assistants. Unlike in previous Warriors games, the soldiers you’re not controlling are actually pretty good at their job. The weapon triangle is once again in effect, so if you send an ax wielder off to fight a lance-carrying stronghold captain, you can rest assured your buddy will win without your help. The game even gives you a strength percentage to determine how efficient that solder will be. In other words, you won’t have to worry about every single aspect of the battle. You can switch between the four main soldiers at any time and use the battle map to send the others off to specific locations to guard or attack (I wish there was an option to have them automatically bust open those health or money jars). 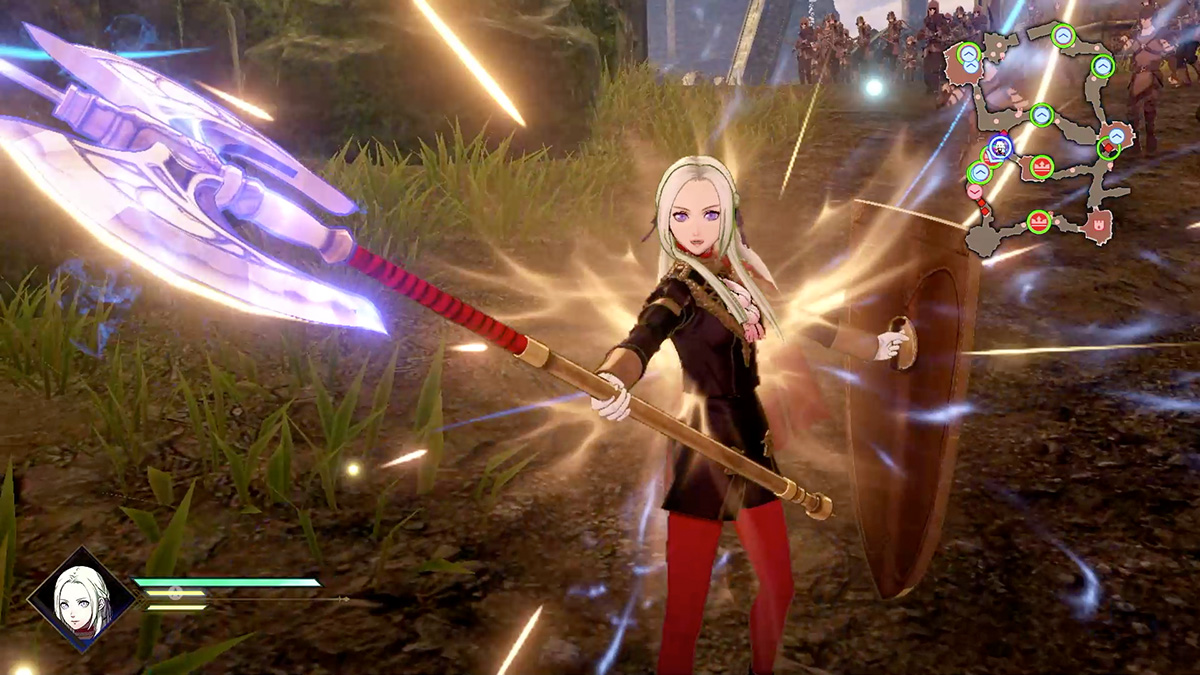 You can also pair up with any other teammate on the field. Depending upon their relationship, this will allow the secondary character to provide bonuses as you fight, including a more powerful special attack. I often used this feature to protect characters who weren’t strong enough to survive on their own.

Of course, none of this is like a proper Fire Emblem game. The crossover happens between battles where you can use your resources to unlock and assign new classes, swap out character skills, cook meals and go on expeditions to raise affinity, improve facilities to obtain better weapons, etc. I like that you can spend money to increase a soldier’s level. With so many recruitable characters, it’s easy for some characters to lag. However, you may find you’re way behind the recommended level for one of them to survive a paralogue in which she’s required. Instead of grinding for hours, you can simply level her up with cash to get the job done (provided you haven’t spent your money on other items).

All of this means there’s a surprising amount of depth and strategy to Fire Emblem Warriors: Three Hopes. On the higher difficulty levels, I imagine that strategy may be necessary. I fought through on normal mode with permadeath activated (because Fire Emblem), and I found I rarely had to fuss with shields or arts/magic or whatnot to hack my way through. 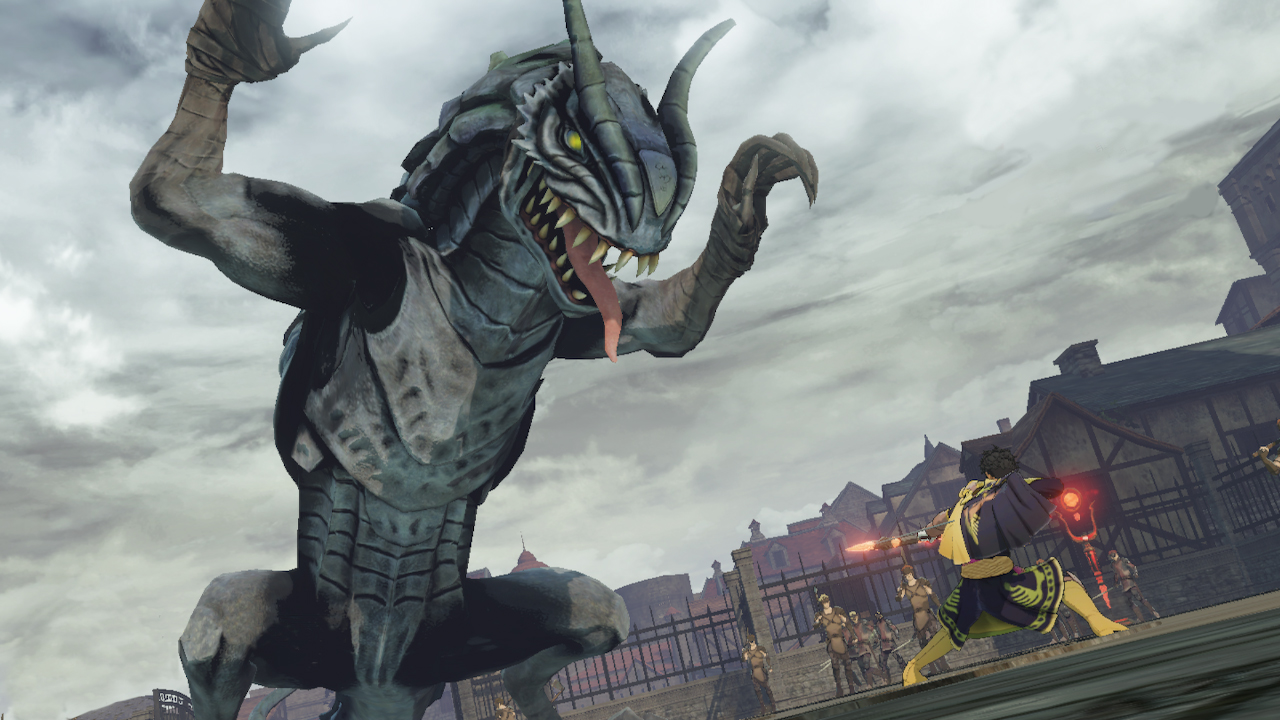 Unlike other Warriors games, I didn’t even have to worry about battlefield positioning. If I needed a character to take out a specific enemy at a certain spot, he could cross the map in a matter of seconds. Achieving S ranks is the easiest it’s ever been, so replaying levels was more about using my underutilized house members than a need to obtain a specific reward.

So, if you enjoy Fire Emblem games for the brainy elements, you’re not going to get that here. There’s more to keep you engaged than in the original Fire Emblem Warriors, but you’re still not being strategically tested. You get a better story, though, and the characters have more to offer than, “Hey, here I am! How crazy is this?!” Shez is kind of cool, serving as the antithesis of Byleth, and I like that you get to play as some of the characters you couldn’t in Three Houses. 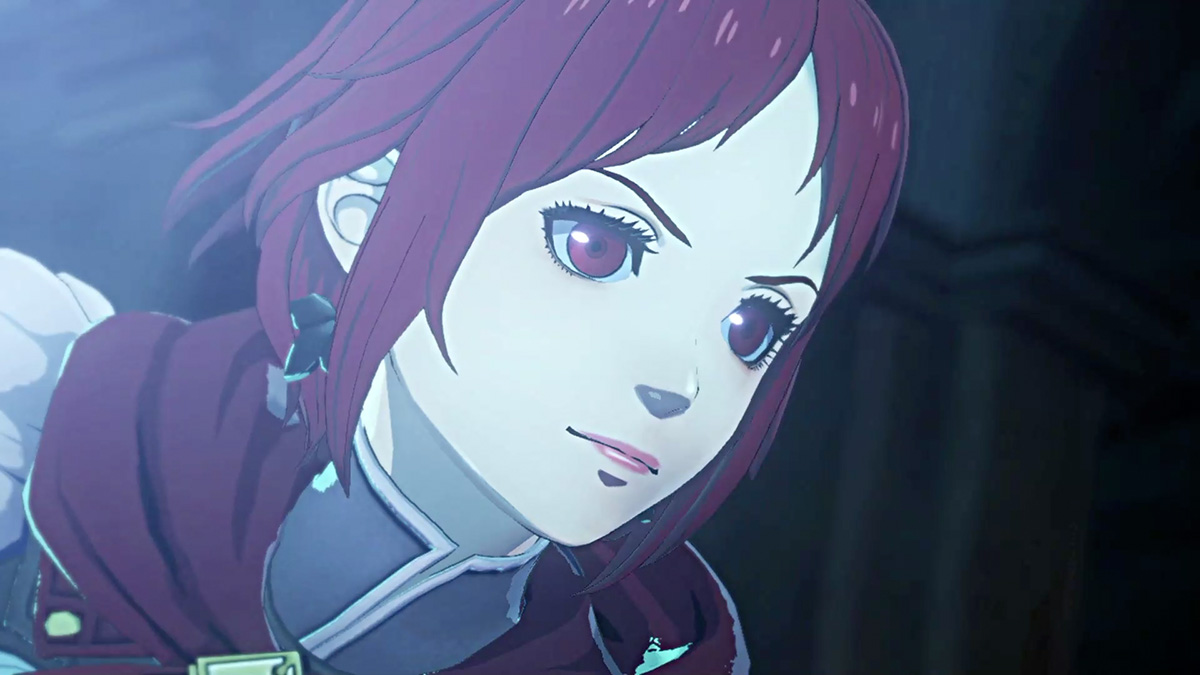 The game looks right, too, and performs well. You’ll experience some slowdown when unleashing the more animated attacks on a large number of enemies, but it doesn’t mess up the action much.

Fire Emblem Warriors: Three Hopes serves as a good companion to Three Houses, provided you’re OK with Musou. I’ll dare say the entire Three Houses setup works better as a Musou game than as a turn-based strategy game because all that camp management feels more welcome after the intensity of the action levels. But Samurai Warriors 5 is a better Musou game than Three Hopes, so go for that one first if you don’t have an attachment to the Fire Emblem franchise.

Previous articleFinal Fantasy 16’s Lead Developers are an All-Star Line-Up, Including
Next articleThis Zelda ‘speedrun’ is legit one of the greatest things

It may be an N64 game in origin, but Ocarina of Time is one of those that now...
Nintendo

My first approach to reviewing Fire Emblem Warriors: Three Hopes was to break it down by franchise: Warriors...
News

Final Fantasy 16's development team consists of an all-star line-up, with several industry veterans from not just the...

Sony showed off all sorts of wonders at their...

Ubisoft+ Classics, a curated selection of games included with...

Take another look at the upcoming fantasy-action adventure game,...