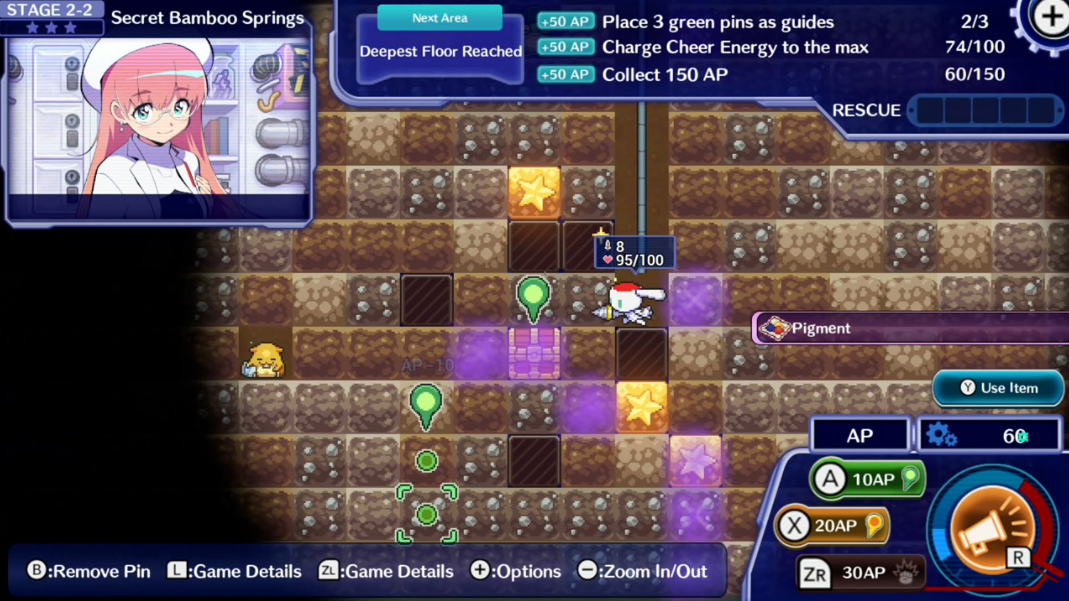 Combining a cute art style with playful dialogue, Ground Divers plumbs the literal depths of alien worlds, while only grazing metaphorical ones.

The game takes place in a distant future. You are part of a quirky little team of explorers sent to mine natural resources. The team is cute, with cheeky banter bouncing between them. The designs look fantastic – it’s clear that a lot of time and effort has gone into crafting each member of the cast.

You control an adorable robot named Tsuruhashi. Your team gives you advice, but otherwise, you interact with them mostly between levels. They man the warehouse where you store your finds, allow you to craft new drills and other bits of equipment, and customize Tsuruhashi before your next run. 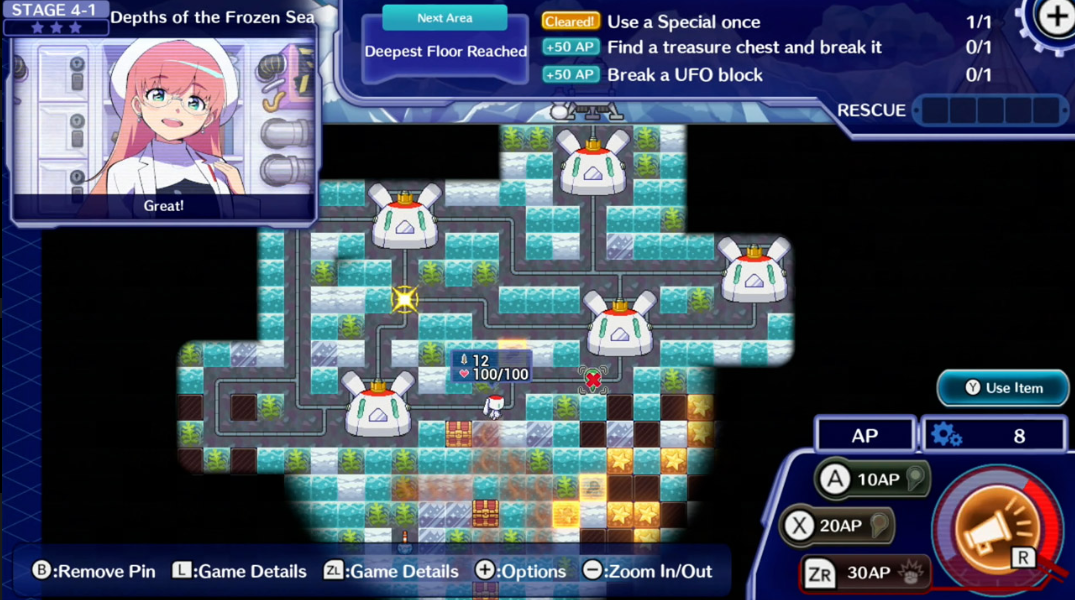 In the opening scenes, you get a glimpse into the economic setting. There is a brief discussion of an energy crisis, but no clear reasoning why mining is the solution to it. It’s difficult to tell if this is intended to be satirical, as the slapstick humor in Ground Divers doesn’t feel like social commentary.

Similarly, there is a passing reference to the enemies you face being the planet’s indigenous population, who are (understandably) upset at you invading their home, destroying the environment and stealing their resources. It would have been incredibly interesting to frame you as colonizer in this respect as a moral quandary. Instead, the topic doesn’t come up again, and you get merrily on with your mining.

Not using a game predominantly aimed at children to make critical environmental and political statements is valid. However, the inclusion of passing references raised the subject feels like a darker undertone was planned for the game, only to return to humorous dialogue between characters, instead of building on the nuance. The ethical dilemma has taken a back seat in favor of the sweet, silly style. 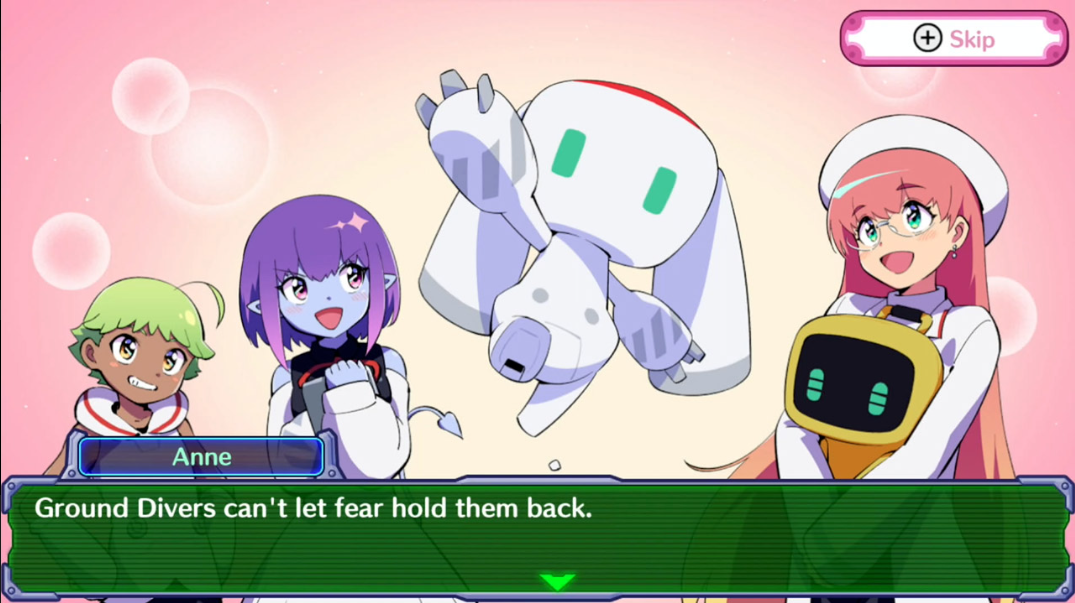 The gameplay itself is generally fun. There are seven missions, each with three levels to mine, rescuing trapped UFOs, fighting opponents and collecting minerals. For each level, you have three tasks to complete that will score you bonus points. This includes using special moves, finding treasure and breaking a certain number of blocks.

You can go back and replay the levels as often as you like, with new maps randomly generated each time. This allows you to rethink your strategy about what route to take through the ground, where to set up base camps and how to get the most out of your journey. You use resources you find to build power ups, so you can go back with more energy and firepower, and fine-tune Tsuruhashi for the demands of any given mission. In some levels, you’ll benefit from certain types of special moves that will be more powerful when you have the right attachments equipped. 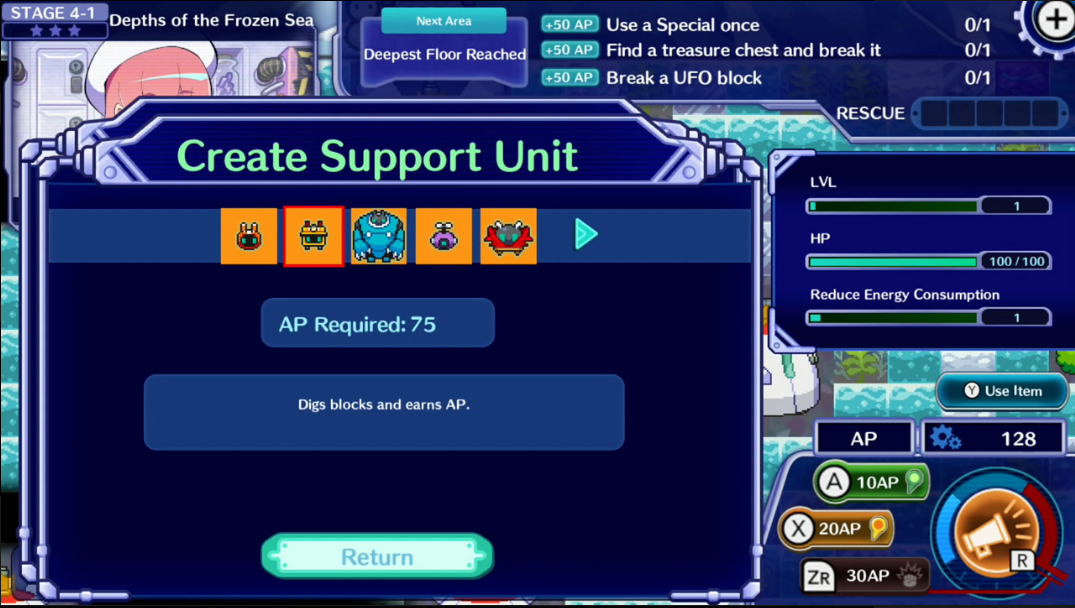 The missions overall are simple and enjoyable. They last a limited amount of time before either Tsuruhashi runs out of power or the creatures in your path lose their patience and destroy your camps. This makes the game suitable for a few quick rounds when you don’t have much time to play. Ground Divers lends itself well to anyone who enjoys seeing a little bit of strategy grow into bigger rewards, without overthinking the plot.

The new Pikmin game from Nintendo and Pokémon Go developer Niantic has begun a public test in Singapore,...
XBox

If I could do it, anyone can! Not that I’d recommend it. It was a...
Trailers

The next entry in Koei Tecmo's Samurai Warriors series releases on May 23, 2017 for PS4 and PC...

The next entry in Koei Tecmo's Samurai Warriors series...

Be careful about waking up this legendary card. Watch more...

Ramlethal's back and ready to rock! Check out the...

The Best Games to Play on Xbox Series X|S Right

10 DUMBEST Ways To Lose In A Video Game

Some reasons behind the 'Game Over' screen are just...

Originally announced for the Nintendo Switch, Shadowrun Trilogy is...