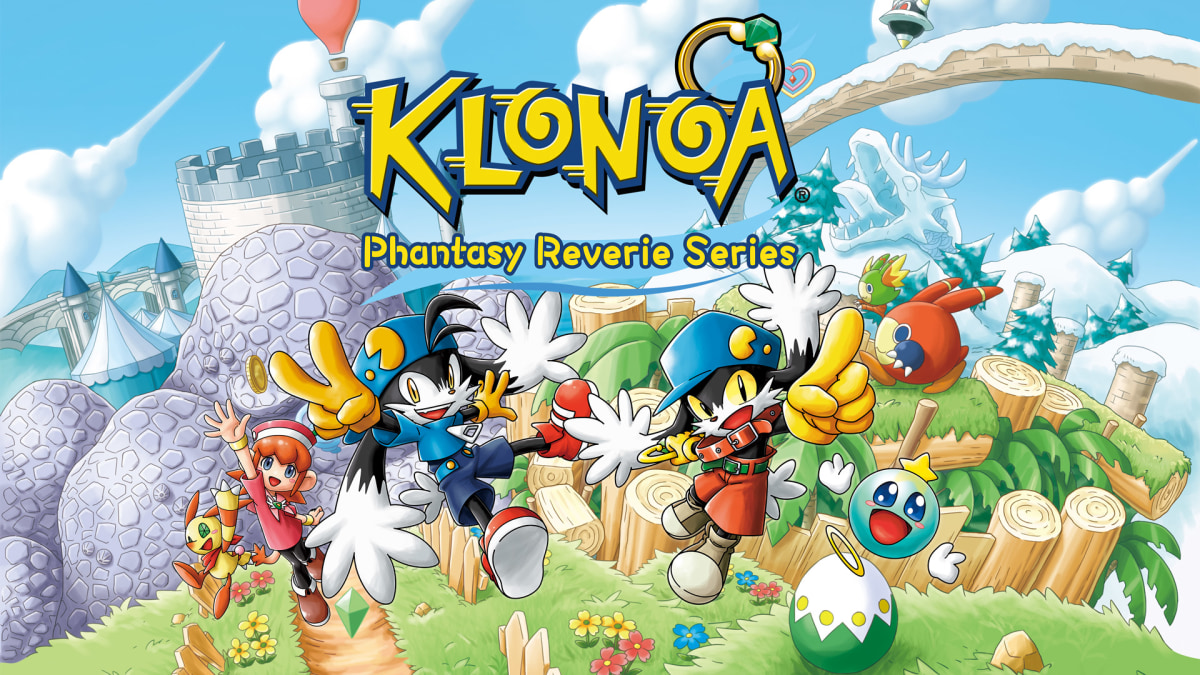 If there’s one thing I can truly appreciate about the last few years in video games, it’s the resurgence of older franchises. For whatever reason, these franchises simply disappeared or ran themselves into the ground. Yet many of us have fond memories of playing these games and wish for these series to come back. We’ve seen successful remasters and reboots of such franchises lately like Crash Bandicoot, Spyro the Dragon, and even Kao the Kangaroo. The latest series to see a remaster come about is Klonoa. While definitely not one of the more well-known series from the PlayStation 1 era, Klonoa was beloved by the audience that played it. Now to celebrate the series’ 25th anniversary, Klonoa makes its return on Nintendo Switch. While it definitely doesn’t shine as a series celebration should, Klonoa Phantasy Reverie Series is a fun platformer you should check out. 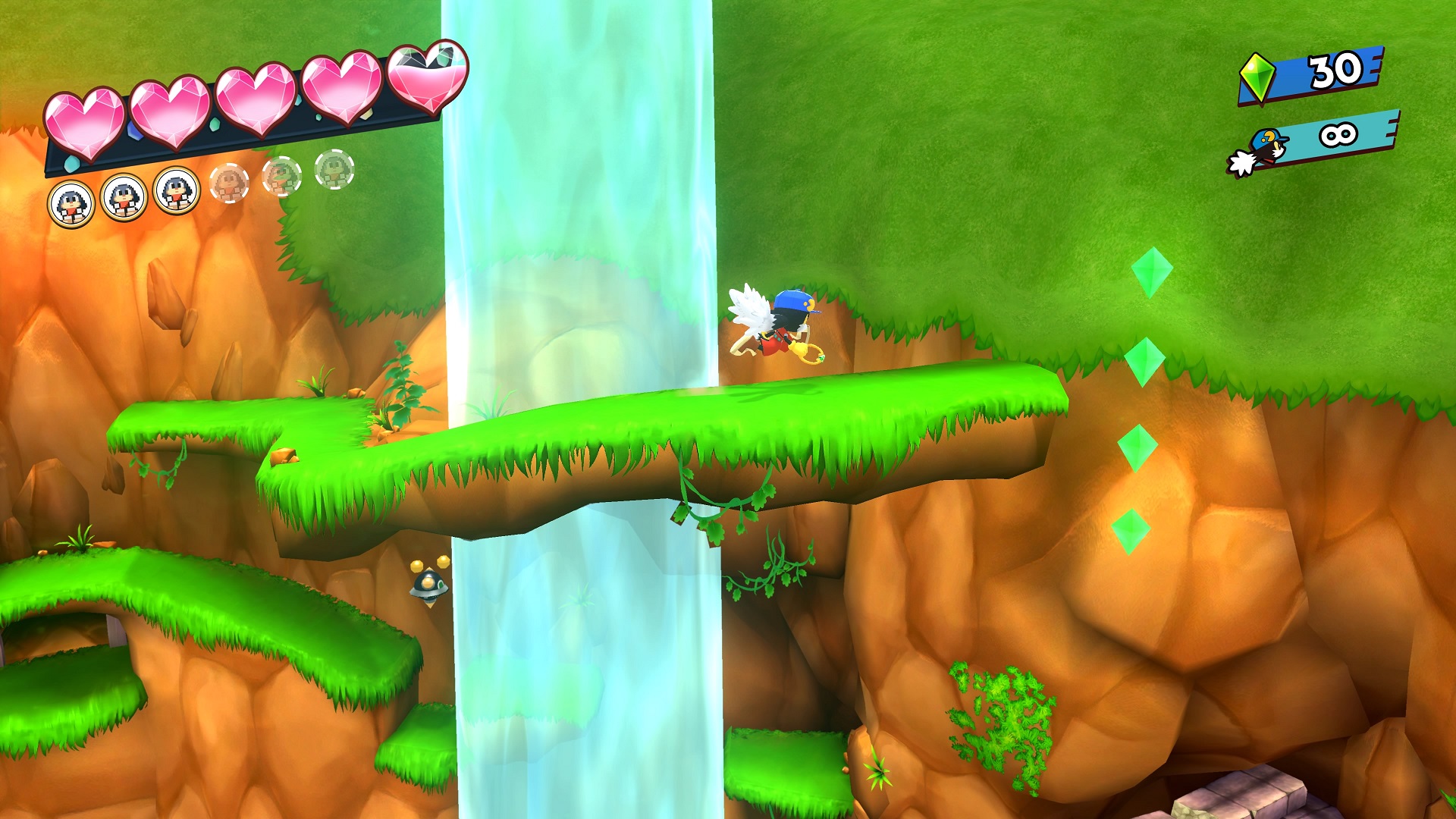 Klonoa Phantasy Reverie Series excels at being a good 2D Platformer. Each level is colorfully designed and gives you the feeling of a bright, warm world you are set to explore. It also helps that each of your levels, or visions, as they’re called in the game, feature different distinct aesthetics. Some visions have you in a forest, some in a mine, and others in the skies above. It truly gives you the feeling of a diverse world you get to explore, even if that world takes you a relatively short amount of time to see. Neither Klonoa game is overly long, which isn’t a bad thing.

Klonoa Phantasy Reverie Series also excels at being a simple-to-understand platformer. The compilation never throws too many things at you and teaches you all the mechanics on the first level. This makes the games have a simplicity that I greatly appreciate, as it doesn’t overly complicate what I can do. Although this simplicity leads to the game’s disappointing endings – more on that in a moment – it does leave you with an experience that can easily be played by anyone, regardless of skill set. 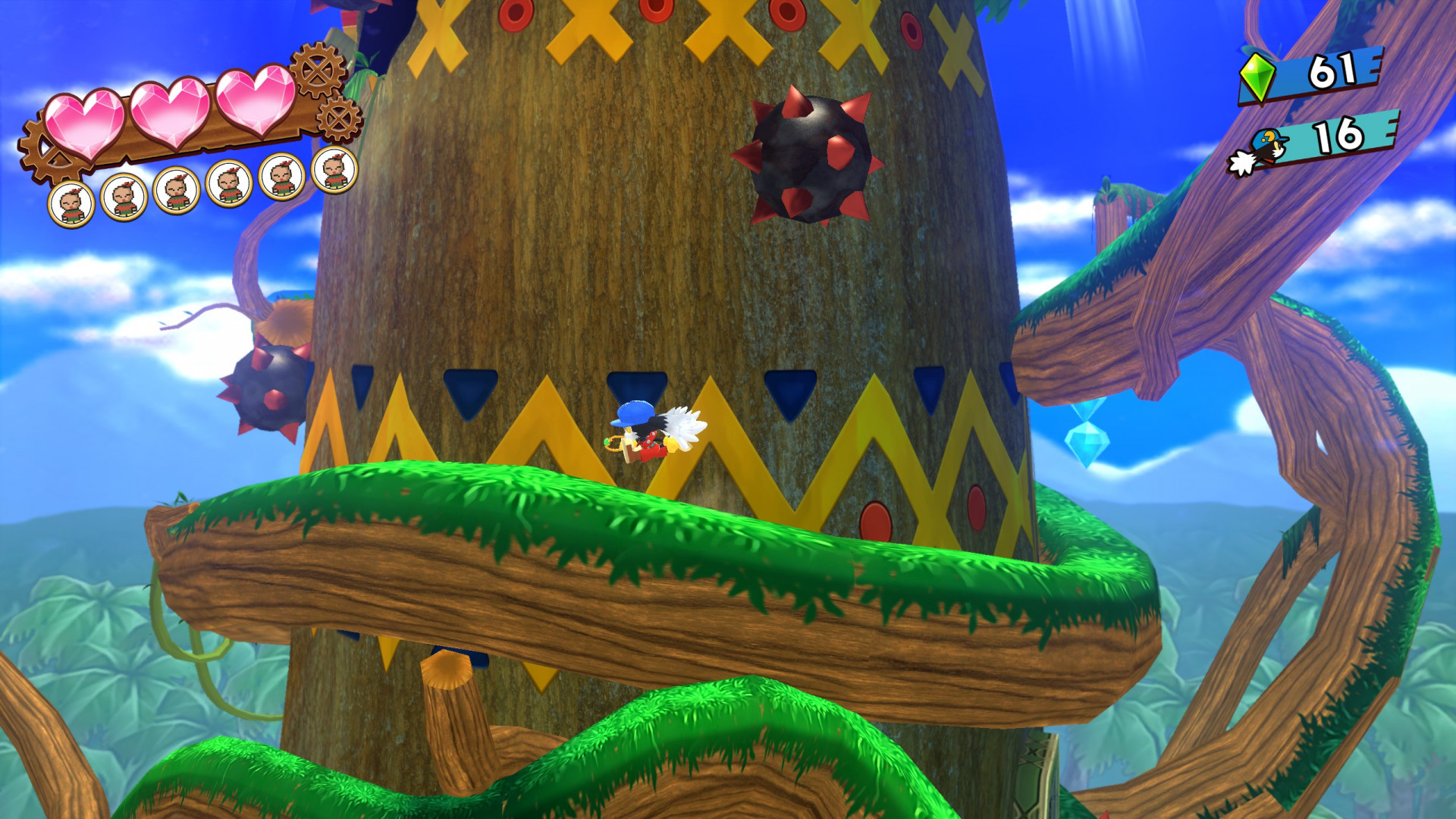 That said, one of Klonoa Phantasy Reverie Series’ biggest issues is its simplicity. The games are extremely easy to understand and teach you all you need to know right away. The problem is that as you play, nothing changes, meaning there’s nothing new that gets added to the experience. This usually isn’t a major issue but with Klonoa Phantasy Reverie Series short playtime (around 7 hours for both games), it highlights how little anything changes. Worse yet, as you progress through the games they don’t get harder per se, they get meaner. The platforming in later levels start to have a pixel perfect accuracy that takes a fun experience and makes it frustrating. I found myself falling off platforms, not because I missed the platform but because apparently I was one pixel too far and fell off, despite visually seeing myself clearly on the platform. It makes the later end game frustrating to the point where you genuinely question if you’re still having fun.

Another major gripe I have with Klonoa Phantasy Reverie Series is that for a series celebration compilation it does absolutely nothing to celebrate the series besides existing. The remaster has specifically been said to be released to coincide with the series’ 25th anniversary. Yet the collection makes no point to say that. For instance,here’s no bonus section showing off artwork, music, or promotional material like other compilations. It’s a bare-bones, lack of thrills grouping of two games. That’s really disappointing to me. Bringing back this series is really cool and it’s a series that deserves more attention than it ever got before. Yet to have an anniversary where you do not special seems to miss the point of said celebration. The other minor issue I have with Klonoa Phantasy Reverie Series is it’s obnoxious voice over. In short all the characters speak in mumbles, gibberish, and random noises. While this can have a funny and somewhat charming effect in a series like Banjo-Kazooie, in Klonoa it comes across as annoying. Cut scenes take an eternity to get through and the whole time characters are constantly spewing nonsensical gibberish at you. At first this was fine but as the game continues it slowly becomes a point of annoyance. I’m not saying this is a major issue which makes the games bad, I’m simply pointing out that that will get old quickly.

So is Klonoa Phantasy Reverie Series worth visiting? To put it simply, yes. Klonoa Phantasy Reverie Series does a great job of grouping two beloved but not well known games together in a package that works well on Nintendo Switch. The games have a charming visual style and a gameplay simplicity that I greatly appreciate. That said the game does have some unforgiving late game platforming that randomly pops up for no reason, some annoying voice over work, and a lackluster celebration for, you know, what’s supposed to be a series milestone. There’s enough fun to be had with Klonoa Phantasy Reverie Series to recommend this game to anyone who enjoys 2D platformers or someone who’s looking to rediscover two classic games deserving more attention. Hopefully, this will lead to Klonoa seeing either a new game or the Game Boy Advance games being remade.

What was rumour has now been confirmed, with Sony...

A complete 100% walkthrough for Super Mario Odyssey on...

The One Piece manga will be taking a one-month hiatus...

DokeV dazzled at Gamescom Opening Night Live, where for...

Super Metroid is like Metroid Prime but 2-D, side-scrolling,...