Lamplight City is a point-and-click detective story originally released for PC. The game was designed for use with a mouse, but the Joy-Con works fine. If you can tolerate the small screen in handheld mode, tapping to select items to inspect or locations to move toward can be faster, but text selection is best left to the Joy-Con. On the TV, you have to use the Joy-Con for everything, and moving the pointer is a bit slow. Other than that, the only controls you need are A to select, Y to reveal all the items of interest, and B to leave a menu.

I have played several similar games—from hidden object to mystery/story adventures. Lamplight City’s visuals fall in the middle of the visual appeal field. The game is, by modern standards, very pixelated. I get the theme is a mix of industrial revolution and steam punk, but that doesn’t mean the game can’t look smooth and enticing, especially considering there is little in the way of movement. Sure, the characters can walk around, but each scene is static. So, seeing a better grade of artwork would be appreciated. The art is styled to reflect the intended situation—an alternate, mid-nineteenth century steam-punkish world with a splash of Victorian sensibilities (which the game ignores when it wants to).

As for the audio aspect, the background music is appropriate to the mystery mood and is unassuming. It’s doing the job well enough.

Unfortunately, Lamplight City falls a bit flat for me. Sure, the game includes a selection of options for action or dialogue. These interactions can lead to different outcomes, including making the case unsolvable (you can fail in this game). 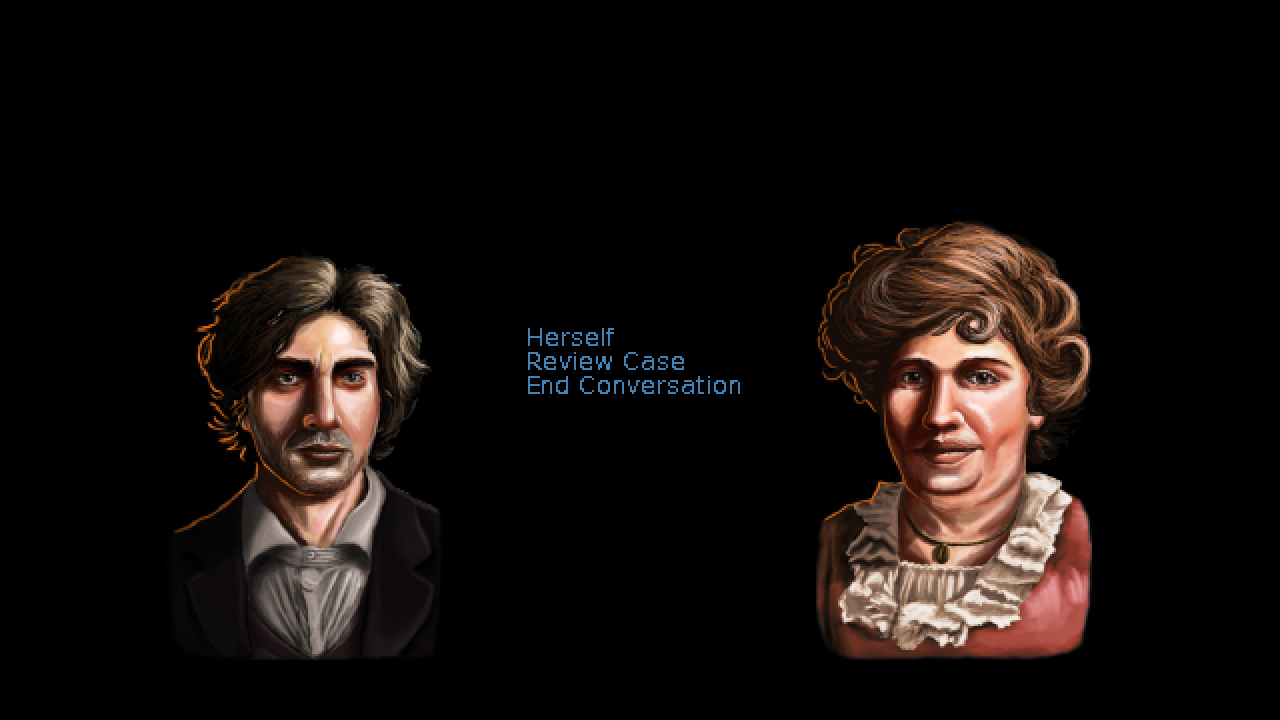 But the nature of gameplay is mostly just clicking A to advance the dialogue. It’s like the game is split between actual detective work, reasoning, and gameplay versus just turning pages in a book, with the latter getting the larger share of game time.

Another feature of the game which adds to your available information (and neuters your ability to reason things out for yourself) is the “internal dialogue” going on in the main character’s (Mr. Fordham’s) head. He has an ongoing dialogue with a dead associate which serves to narrate some of the story, but it provides too much information and, all too often, does the reasoning for the player. The overall effect is a bit annoying as it takes away from the joy of putting things together and figuring out the case on your own.

Lamplight City’s pacing is on the slow side, but this is mostly due to the nature of the game: storytelling, detective work, and so on. You’re provided with a map and—between the dialogue prompts from your dead-man-talking and NPC interactions—you are basically following where the map leads you. There are a few times where you need to take a leap of logic and revisit some locations on the map. There are more annoying facets of this type of game, such as the inability to interact with obviously significant objects because you haven’t visited the right place or talked to the right person yet. That’s not uncommon with this type of game, but it would be nice to be able to act like a real detective rather than be herded down a particular path.

On the whole, Lamplight City does have some good elements and a decent level of replay value. If you get stuck, you can start over with a new game and try different answers/choices to follow a different path. There is some intrigue to the story, but not enough to really grab me and hold my interest.

Previous articleMarvel’s Avengers MCU-inspired outfits will be sold exclusively via marketplace,
Next articleRaft sand guide: How to get this resource

Wondering how to get sand in Raft? It's a resource that's all around you, but it's not obvious...
Nintendo

Lamplight City is a point-and-click detective story originally released for PC. The game was designed for use with...
News

The Nerd takes a look at a variety of...

Forklift Extreme is a simulation where you drive a...

Honor your king, be El Presidente,...

Monster Train has launched their new DLC, The Last...

In Dead by Daylight’s new chapter Roots of Dread,...

The Netherlands moves toward an outright loot box ban