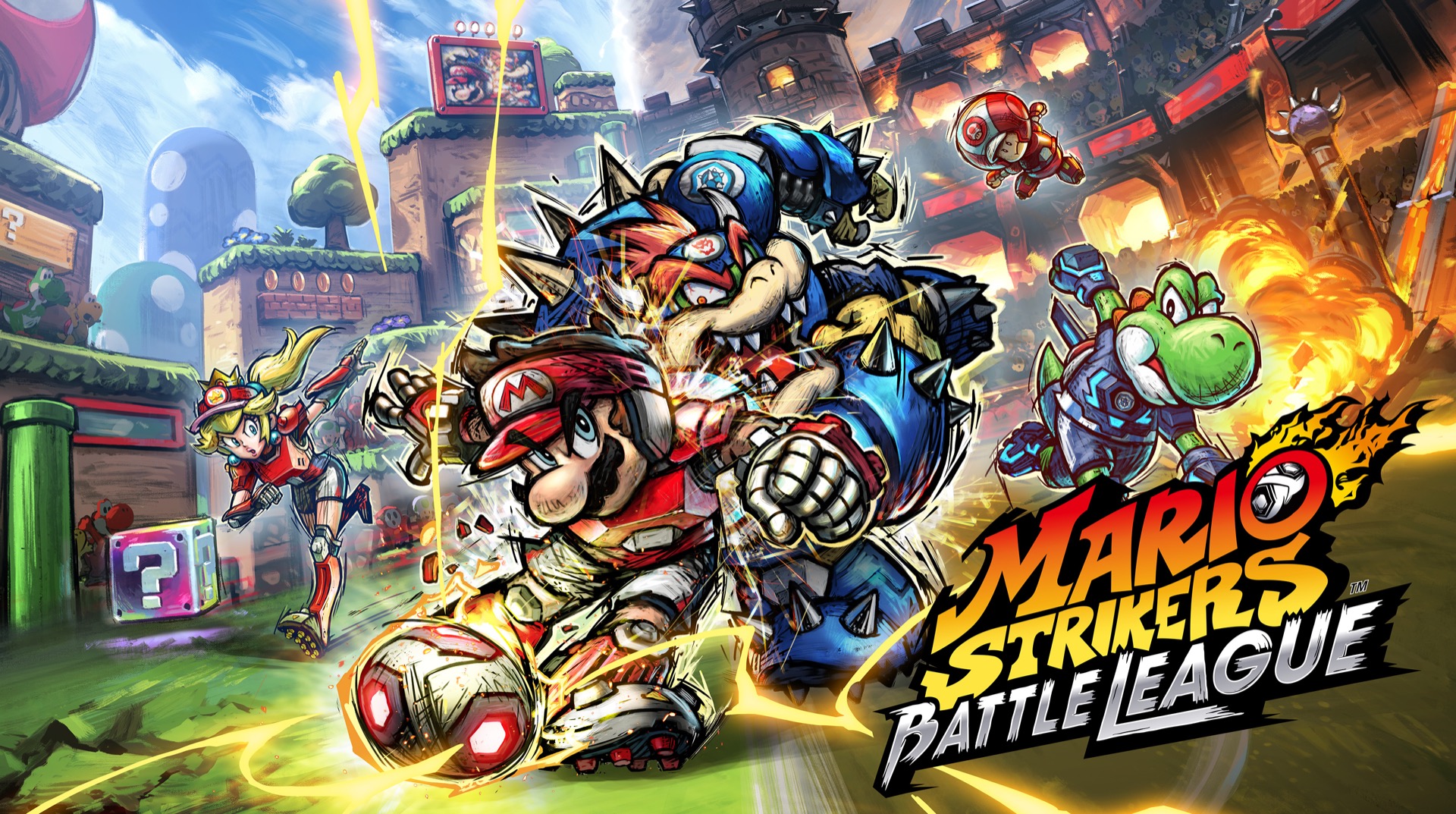 The Mario Strikers games hold a lot of great memories for me. I played these games quite a bit through college and they were a blast! I spent a bit more time with the follow-up on the Wii than I did with the original but enjoyed both of them a great deal. The controls for Mario Strikers: Charged felt a bit more approachable than what I’ve seen from Battle League. Granted, being the goalie in the Wii version during a mega strike was a little hit or miss. However, the charge/speed that would build during passes was a great addition over the original game and could make shots extra satisfying. Mario Strikers: Battle League has some big shoes to fill, especially after such a long hiatus. Let’s take a look at how Mario Strikers: Battle League updates this classic Mario sports franchise. 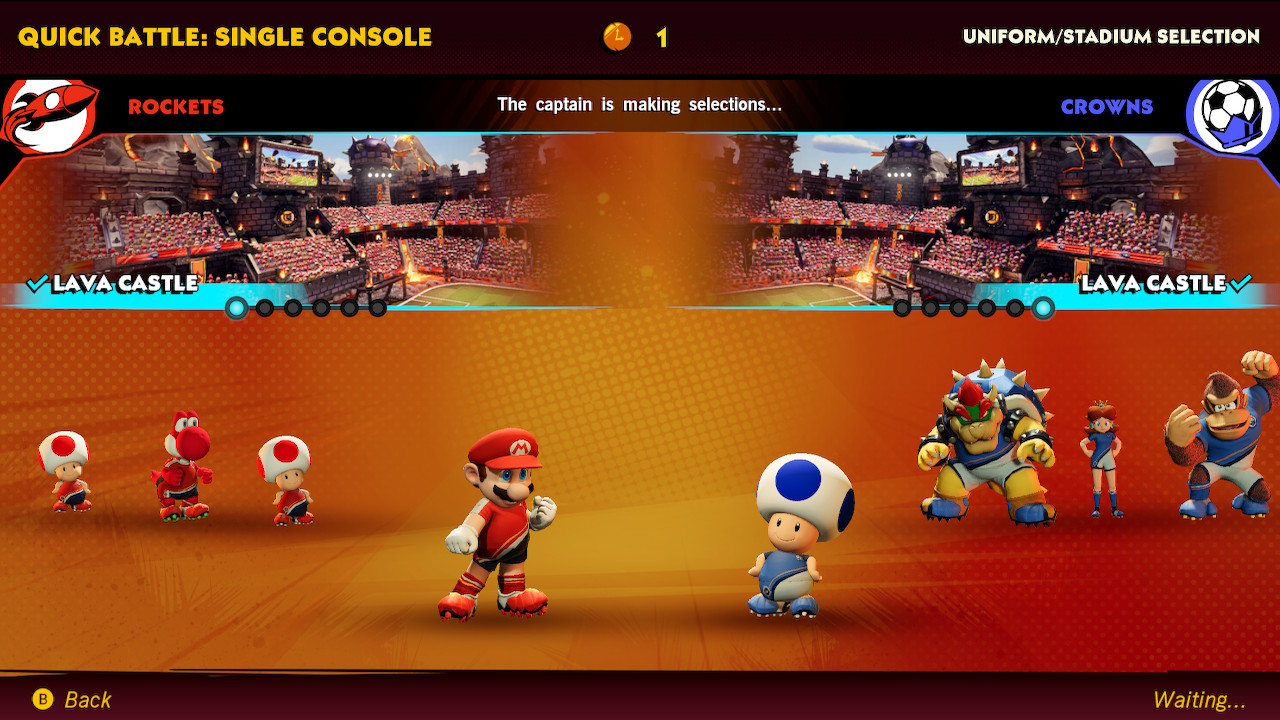 Battle League builds upon the foundation of the previous two games by adding a bevy of subtle new gameplay mechanics. Now, to be clear, a lot of the core gameplay is similar to the previous games. The newer capabilities that the player has at their disposal in Battle League allow for fine-tuning shots and passes. Certain things like, holding down the pass button a little longer or holding down the shot button will affect the accuracy or trajectory. If you’re a fast thinker, it can really make the gameplay dynamic a bit more realistic. You might say, “Sounds good, what’s the problem?” Well, Mario Strikers games have always been a bit more arcade-like and this feels a little bit lost with having a bit more depth to the gameplay. It’s a bit of a trade-off. Yes, there are some cool new moves, but I do believe it comes at the cost of accessibility. A lot of the matches that I played with friends really took some time just to get used to how the game actually plays. It doesn’t have that easy to learn, hard to master gameplay that you really want in a sports game. It’s a bit more difficult to learn AND hard to master. 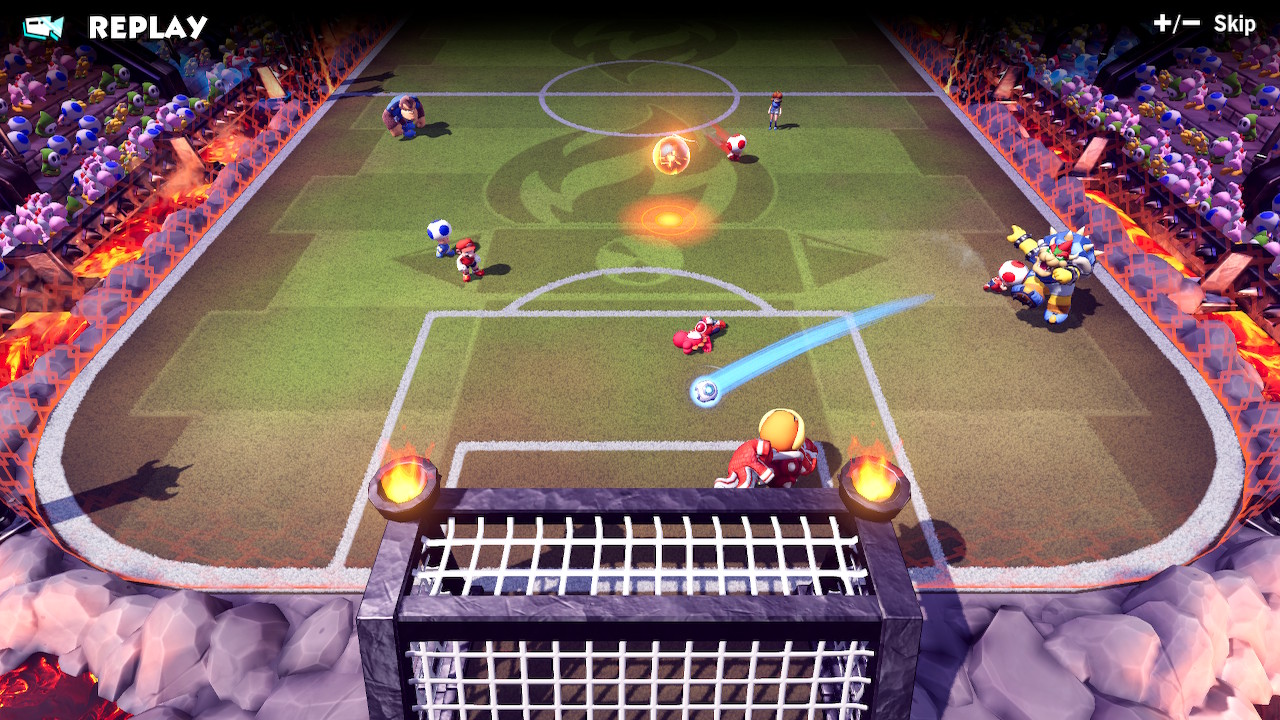 Moving on to the visual department, Mario Strikers has always had a great art style and the Switch version continues that legacy adeptly. The sketchy, thick borders around the characters are alive and well, and it gives such a great look for all of the action sequences. The art style especially shines during each character’s super shot. The arenas are really well designed too, however it doesn’t feel like there’s a lot of content. It’s a pretty limited set of levels, and a pretty limited set of characters and customizations. Now, of course they’re going to have extra free content that will certainly add new characters and stadiums, but the initial offering is a bit bare-bones. The art style perfectly complements the game’s fast and frenetic pace. 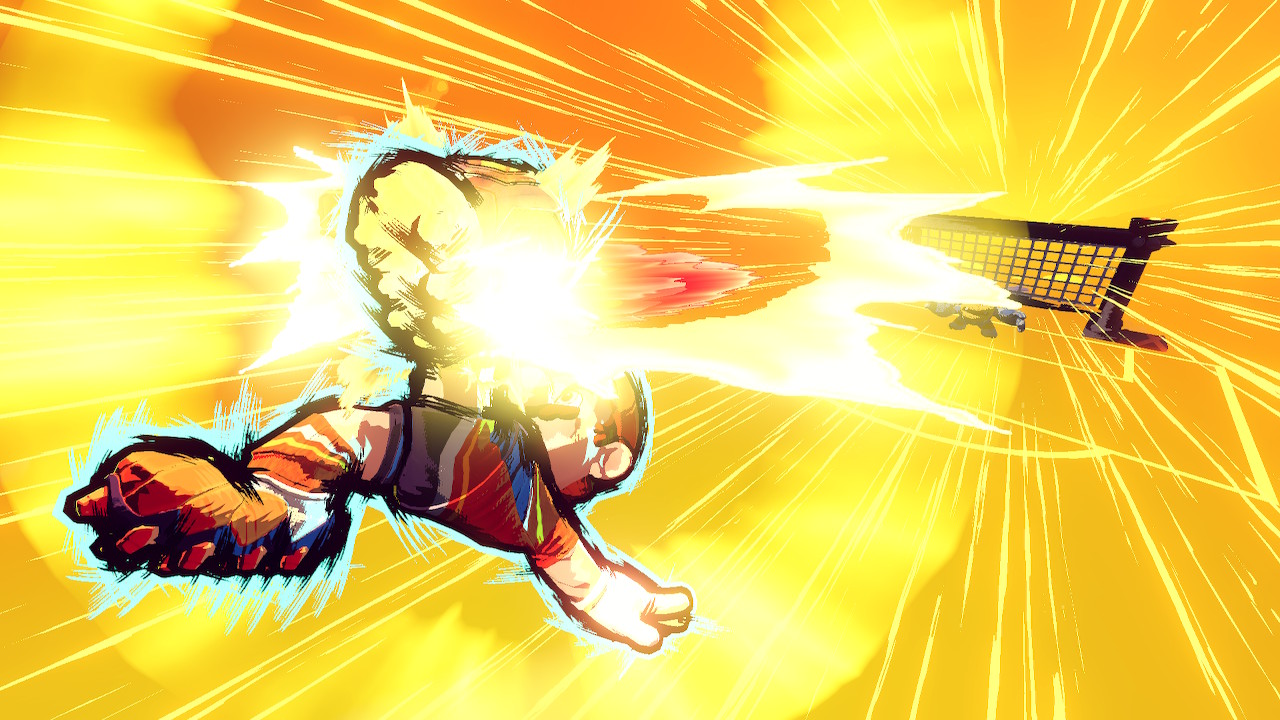 No Mario Strikers game would be complete without multiplayer! Battle League has raised the bar to an incredible 8-player local multiplayer experience, which is quite the feat. Super Smash Bros. Ultimate may be one of the only other games where you can play 8-player locally so it’s nice to see another game offer that. I did get to play some matches with 8 players. The experiences offered some fun but there was also a lot of confusion. It can be hard to spot your character and as you switch which player is nearest to the ball, it can get difficult to know where you are and what you’re doing at a given time. So while it’s a cool idea to have 8 players, in execution, it’s a bit more problematic. This is still a bit true with Super Smash Bros. Ultimate honestly so it’s not a unique problem that Battle League suffers from. Just be prepared for some confusion if you don’t have a very large screen to accommodate the chaos. The game also features online multiplayer and even allows for online tournaments. You can create your own team and join up in a league across various seasons of play. There’s a lot of options for players both locally and online for multiplayer, which is fantastic. 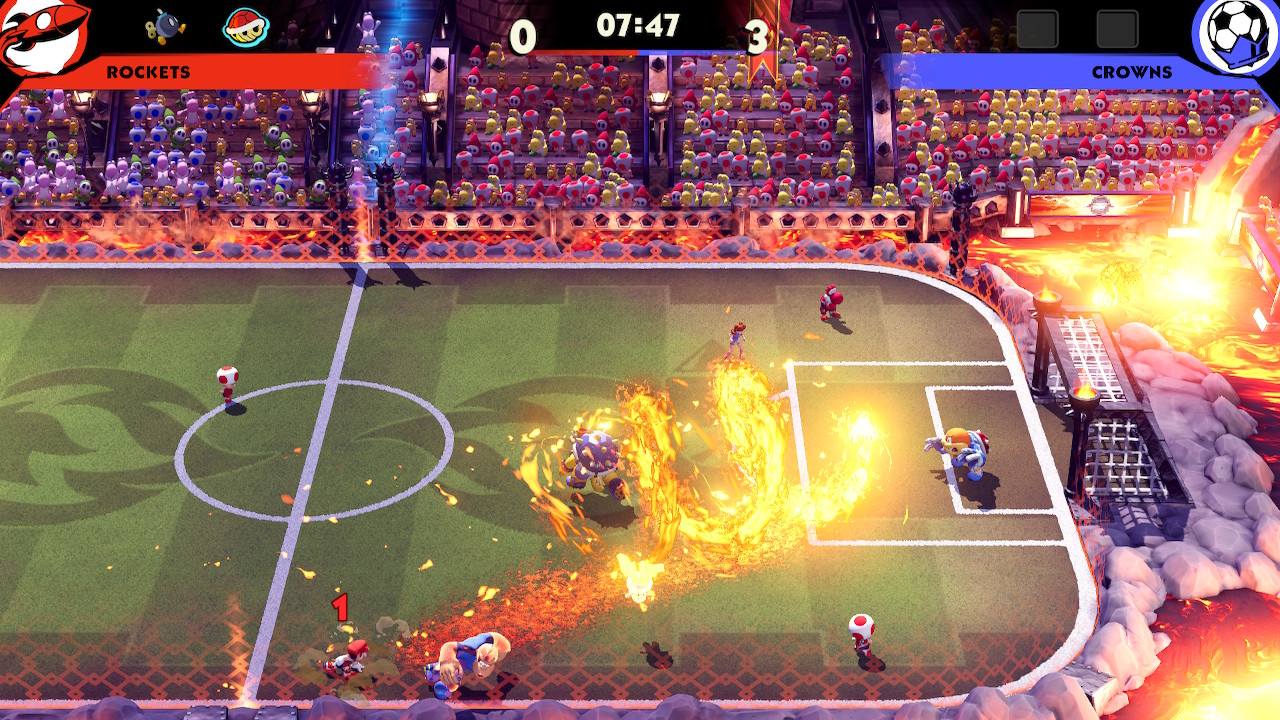 I was really looking forward to Mario Strikers: Battle League, and for the most part it has been a worthy successor, but it’s a little hampered by the complexity of the gameplay. Even scoring goals can be a bit difficult overall. Soccer is definitely not known for high-scoring affairs but it is simply too difficult to score goals in the time allotted. This does seem to be different from what I remember in the previous games. It was a bit easier to score goals and that is definitely missed. There’s a balance that sports games need to strike, but Battle League does tend to be just a bit more difficult. Still, there is a lot to love about Mario Strikers: Battle League, but it almost made me want a remaster of the first two games more than anything.

Previous articleSTALKER Console Port Seemingly Leaked by Russian Fan in Revenge
Next articleHalf heist-simulator, half adventure game, The Clue! was an unusual

Sponsored by Magic Spoon. Use my code GAMERANX to get $5 off your delicious, healthy Magic Spoon cereal...
PC

From 2010 to 2014 Richard Cobbett (opens in new tab) wrote Crapshoot, a column about rolling the dice...
Nintendo

The Mario Strikers games hold a lot of great memories for me. I played these games quite a...
News

A leak of what appears to be a new console port of STALKER: Shadow of Chernobyl has been...

The latest Digital Foundry Direct Weekly has just been...

As Gungrave G.O.R.E approaches its release later this year,...

Injustice Gods Among Us PS5 Walkthrough Part 1 and...

Watch all new episodes of Forged in Fire, Wednesdays...

The new PS Plus tiers have launched in Asia,...

The iconic actor shares his approach to adapting Ian...