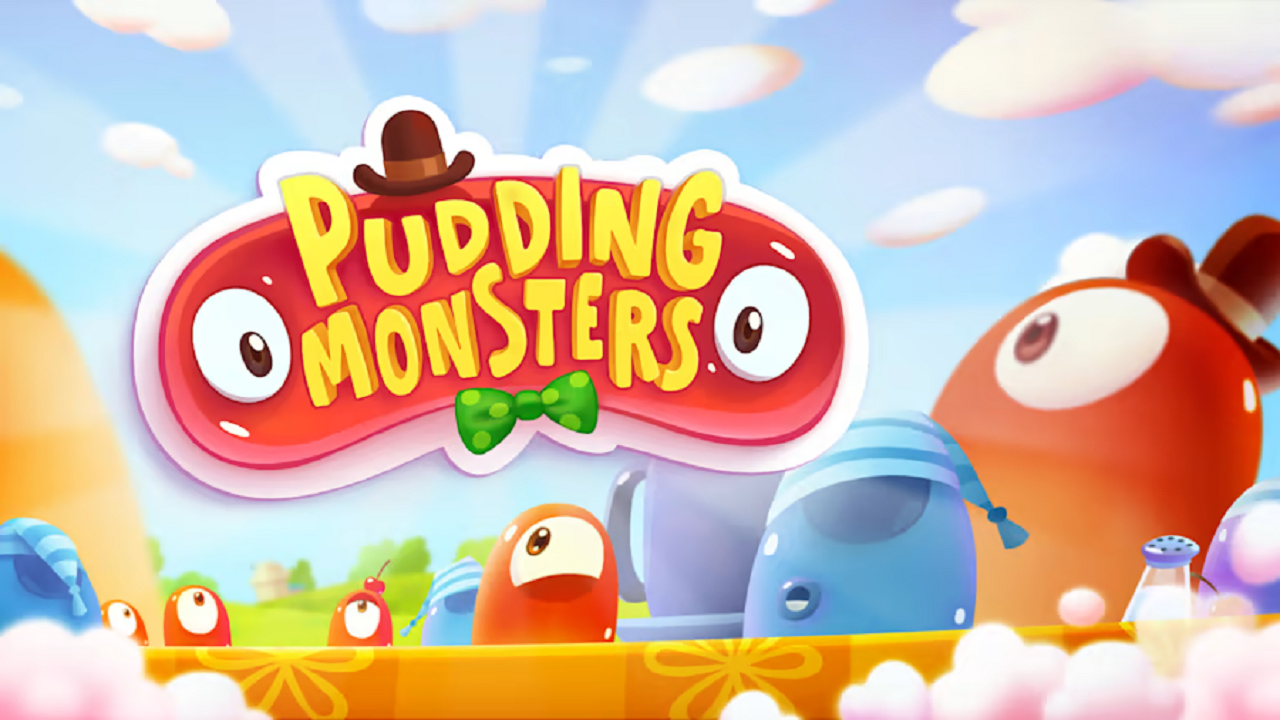 Pudding Monsters is a fun game that consists of over 100 different puzzle levels. A game that seems right off the iPhone App Store seamlessly transitions to the handheld Switch. Unfortunately, the game cannot be docked, which is important if you’re someone who uses the console on your TV most of the time, like me. However, taking it out of the console and using a handheld to swipe the gelatinous monsters into each other with your finger is very satisfying.

Each level has pre-placed monsters on a checkerboard-like level that you have to swipe into each other to have all the monsters combined into one gigantic blob. They have to go directly into each other and can not move outside of going directly horizontal or vertical (think like a rook in chess). There are obstacles to help you move over a few places, and the game will also lead you to which moves you should make first to help grow your monsters correctly to beat the level. Once all of your monsters have combined into a blob, you have beaten that level.

This isn’t a very thought-provoking game, it’s an iPhone app game on your Nintendo Switch, but it is a very addictive version of this genre of games. The colors of the Pudding Monsters are fun and vibrant. The level of difficulty incrementally increases, and after a while, it gets incredibly challenging. When you fall off the level, the results are fun and jarring as the whole screen shakes aggressively.

While many games of this caliber can get stale after a few rounds, Pudding Monsters does an excellent job of keeping the user engaged with fun animations. For example, the green monsters leave a slimy trail whenever you move them. There are also some fun roadblocks in the pieces like logs to impede certain moves, forcing you to come up with other routes to combine your monsters.

All things together, this is a simple game. It’s not some complex puzzle where you need to think about each move that intensely but is a fun way to pass the time, and before you know it, you’ll get in a groove, and an hour and a half has passed after you started. My daughter, who is a toddler, also loved the animation and the sound effects, which were great to see. I don’t often play games like this, but I can see the allure of this specific game if these are the types you enjoy.

As far as Phone App puzzle-style games, this is a strong one that is well designed and keeps you engaged. It doesn’t change the objective as you progress through the levels, but it gets more challenging to keep you entertained. Pudding Monsters is a game I’d recommend if you have a long trip on an airplane while listening to music and want something to keep you occupied while you pass the time.

New costumes and an additional stage are coming to...

We take a closer look at the true goals...

Reyner Banham once spoke about the architectural properties of...

There is Too Much to do in Dragalia Lost

I adore Dragalia Lost, Nintendo’s mobile RPG made in...