I love old school shooters like Asteroids, Centipede and Space Invaders. Many similar games have been released over the years, usually involving aliens or outer space in some way. Now we can add Remote Life to the list. Fight your way through 16 beautiful 3D levels to the alien mother ship before it reaches Earth and ends humanity as we know it. But is Remote Life worth your time or just another clone of a retro classic? Let’s take a look.

The story is a little more in-depth than you would expect. You get to watch small cutscenes in between missions and trigger dialogue as you progress through levels.

The player will fly through space as captain John Leone, the last hope against the alien horde that is heading towards Earth. Choose between 3 different, customizable ships and utilize the arsenal of 18 weapons that is at your disposal, including lasers, gatling guns, bombs, and more. This game plays like most side-scrolling schmups. The controls are pretty basic and easy to master after one or two tries. The down side is that being hit by anything, or running into a wall will kill you instantly. 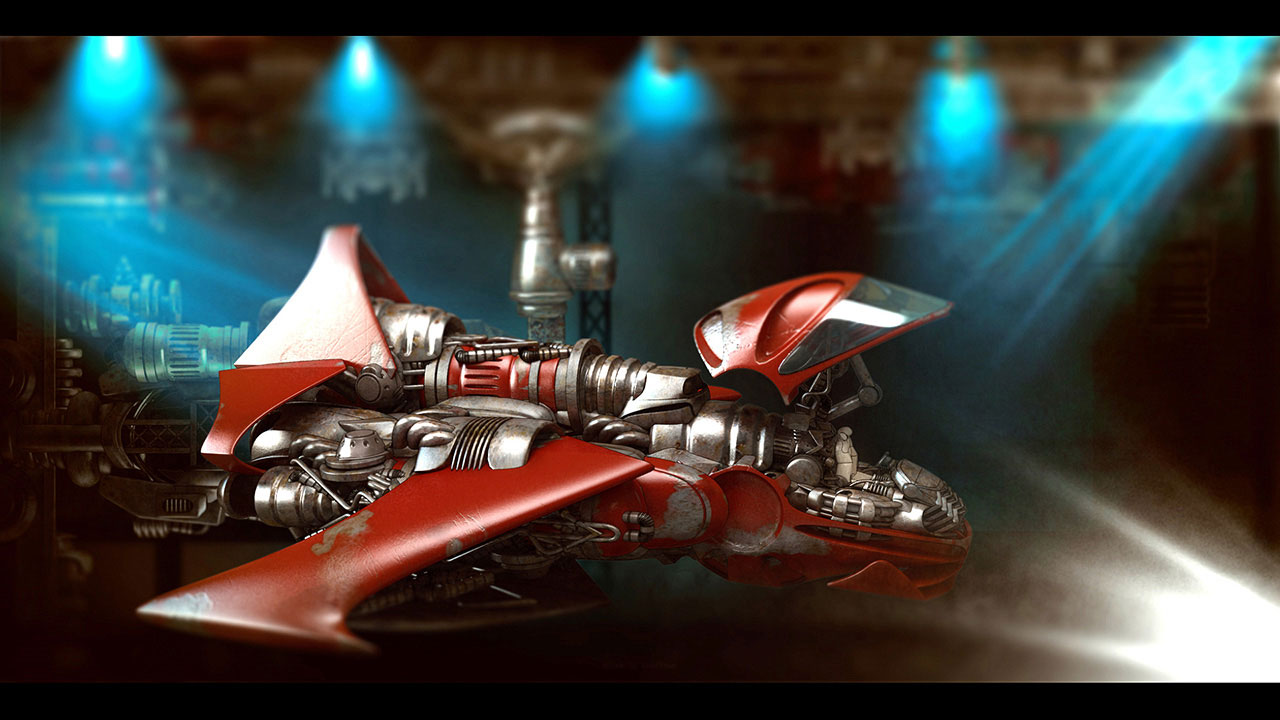 Remote Life may only have 16 levels but you will by no means breeze through them. After I died numerous times, I figured I would lower the difficulty setting so I could at least play enough to review the game. But to my surprise, I was already on the easiest setting there was. I could barely make it through the first level without being blown to smithereens. After a frustrating but successful night with some friends we made it past the first boss. Utilizing the (temporary) upgraded weapons that you can collect throughout each level definitely helped. But you really have to take your time and be patient if you want to make it out alive. 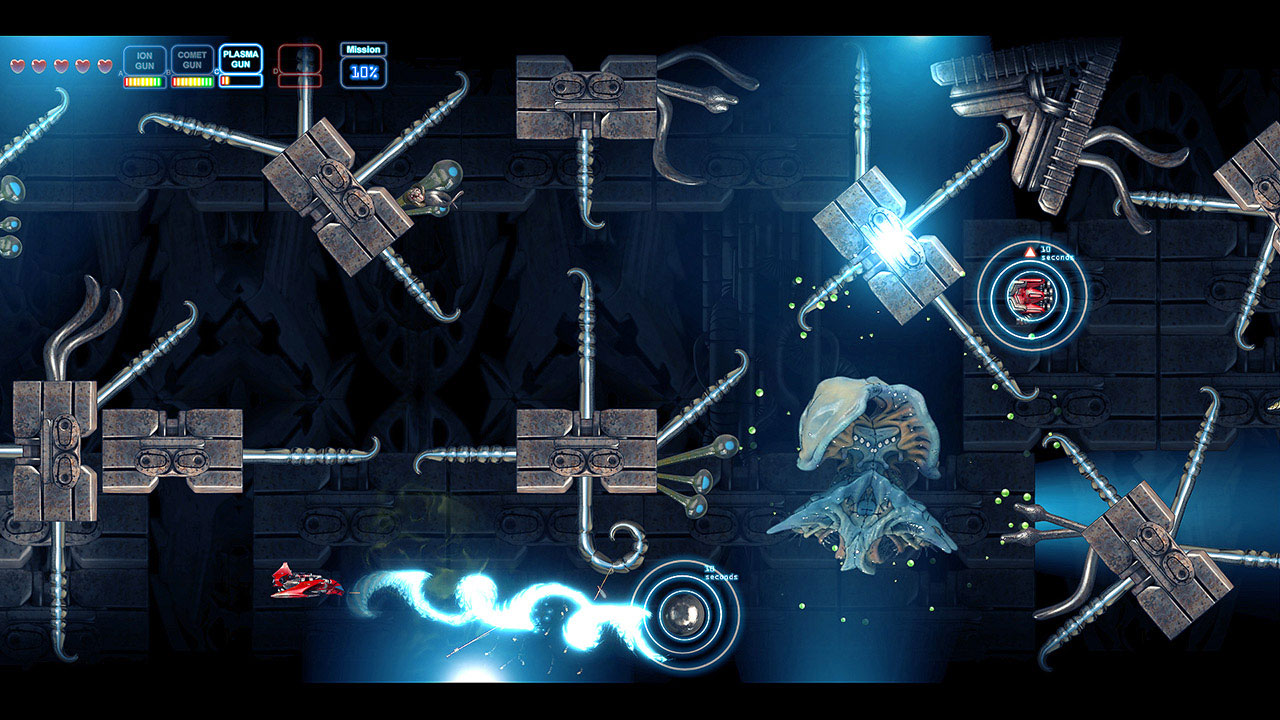 As annoying as it sounds, it’s actually kind of refreshing to have such a challenging, easy-to-pick-up game on my Switch. It’s not bad on the eyes either. The graphics and little details throughout each level are awesome. There’s a dark theme going on that I really liked, similar to a sci-fi/horror movie. The setting and story make Remote Life more immersive than a lot of the other arcade-style scmhups that I’ve played. In the aesthetics department Remote Life has definitely won me over. 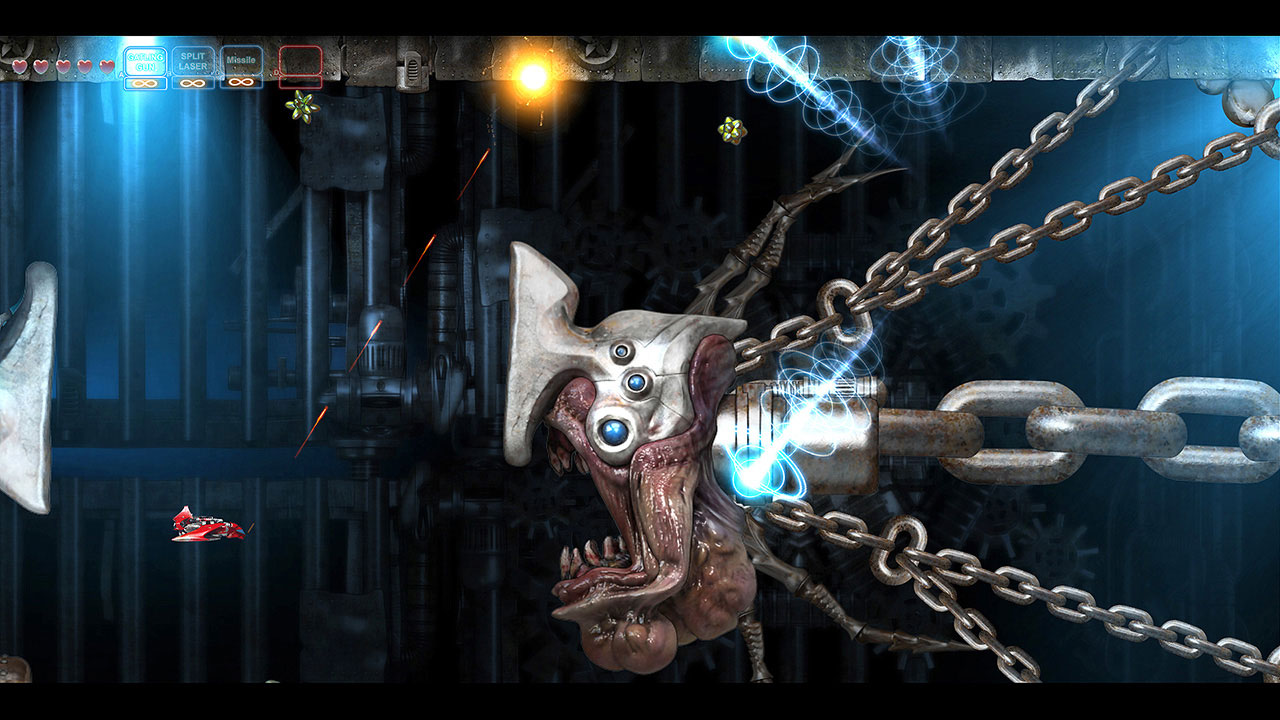 Easy mode lets you start off with five lives. You can collect more as you go through each level. If you’re insane and want even more of a challenge you can up the difficulty, giving you less lives and causing the enemies to attack more aggressively. I attempted this and was repetitively obliterated, but hey you might have better luck. I’m sticking with easy mode and I’m not ashamed 😉 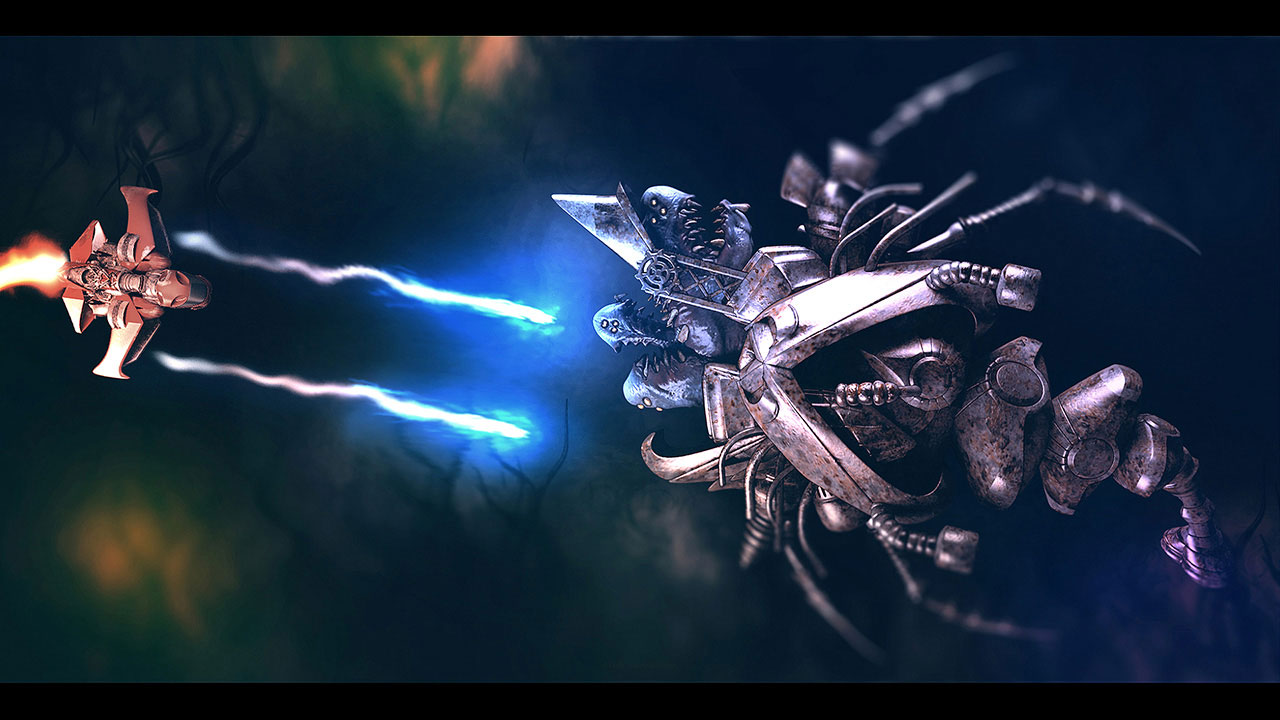 This is a great game for handheld players. It looks great on my standard Switch. With everything going on, and the many enemies and projectiles flying around, I never noticed any frame-rate issues while I was playing, either. Remote life runs well and looks smooth in TV or handheld mode. It’s one of the things I really like about this game. My only complaint is that some players might not get to experience the whole story because of the crazy-hard difficulty. I would love to see some different settings for players who want to enjoy the game on a more “chill” level. Even if it has a patronizing name, like “toddler mode”, I’d take it. 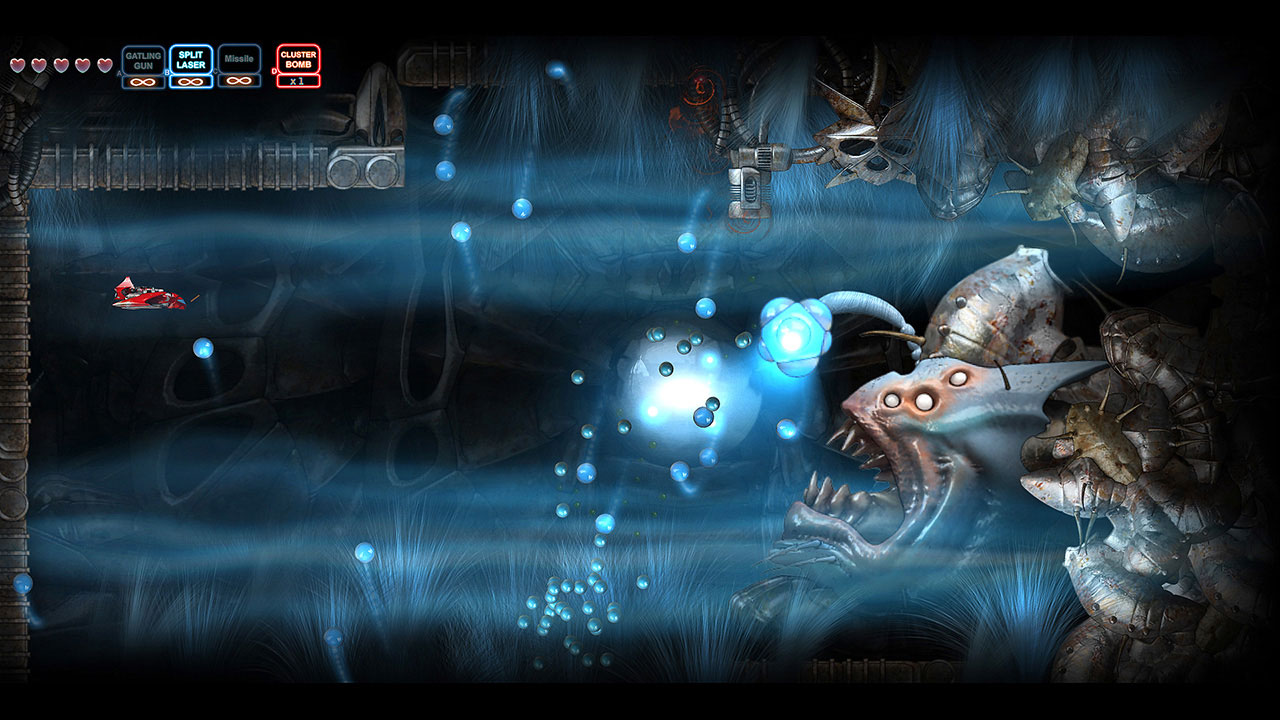 Overall, Remote Life is a great game, especially if you’re looking for a real challenge. But for those of us that are lacking patience or the ability to progress in such a difficult setting, it might just end up causing frustration. Remote Life is more thrill than chill. I recommend this game if you can take the heat, but otherwise, you might want to stay out of the kitchen.

Surviving the zombie apocalypse in Dying Light: The Following!...

The rumor mill is in overdrive right now. Whether...

Vesper: Zero Light Edition grabbed me early with its...

Though World of Warcraft's big Chains of Domination update...

A full game walkthrough for Mario Tennis Aces on...