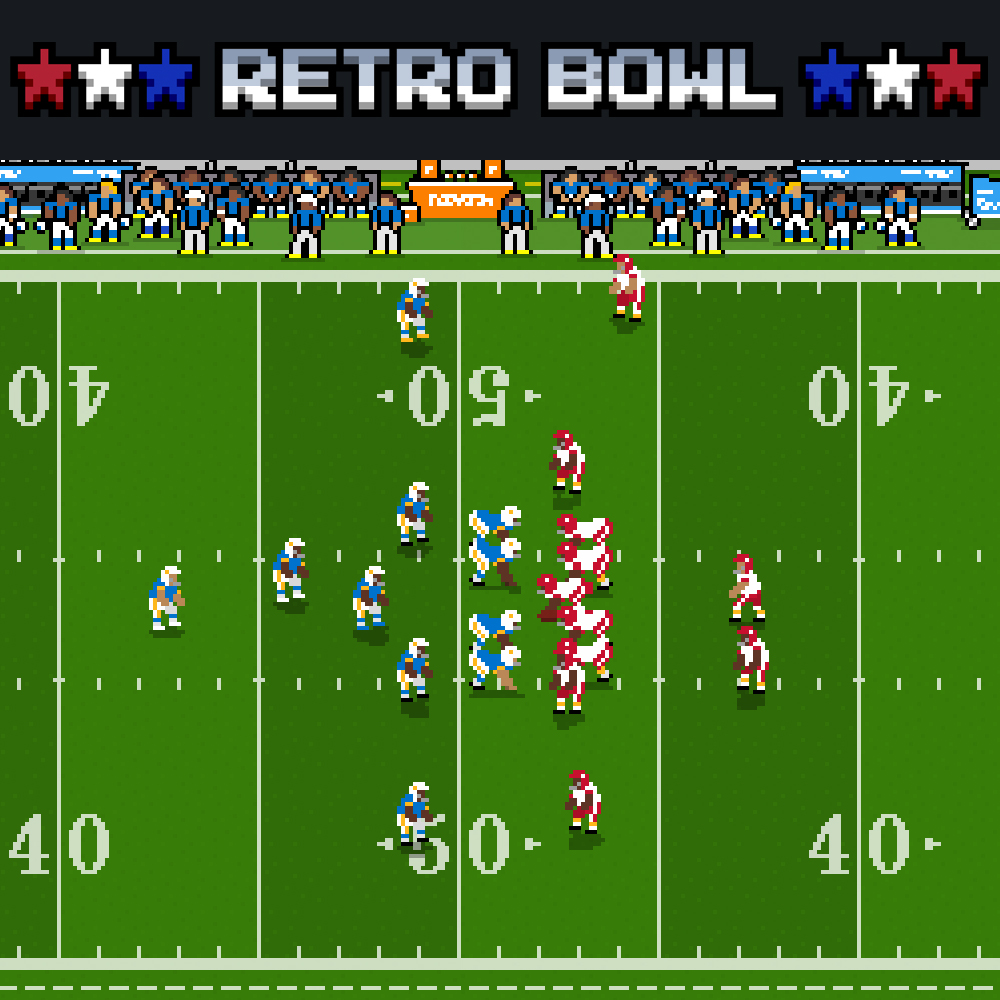 Starting as a mobile game, Retro Bowl is now on the Switch, which feels like a perfect place for an NES-style game. Indeed, it takes cues from Tecmo Bowl. Retro Bowl builds upon some of the classics but skips some key features.

The most impressive part of Retro Bowl is that it includes all 32 teams but lists them as the city and not the team name. Of course, Retro Bowl isn’t an officially licensed game, so it’s not going to have any of the players either. But all the teams have the official colors, and you can edit any of the players’ names. The game opens by asking what your favorite team is, and if you like, you can start with your favorite team or allow the game to pick a team for you randomly. I chose to let the game select a team for me, and I went to Atlanta.

I suspect if you go this route, you’ll get a team that is in poor shape as well. You coach the last game of the season, with no prospects of making the playoffs. You watch from the sidelines as the playoffs unfold before you and get to see who is the Retro Bowl winner. A nice touch is that they keep track of all the previous Retro Bowl champions. After the final game, a new season starts, and you get to draft for your next championship team. 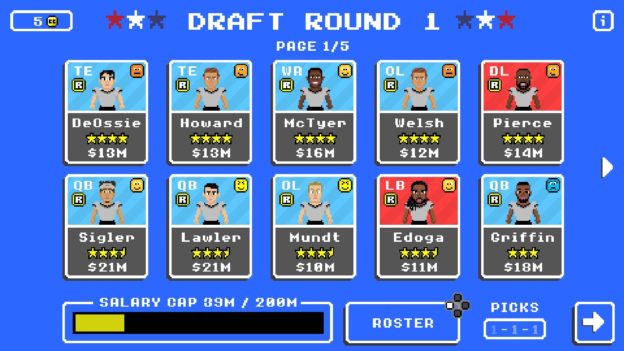 Drafting is simplistic, but it gets the job done. You get one pick per round (although you may be offered an additional selection for a player trade with another team during the season), with a total of three rounds. In addition, there is a light scouting feature that allows you to see the overall potential of a player. Each player has a character sheet outlining their overall speed, catching ability, stamina, etc., and scouting a player will enable you to see the full potential of each stat. As the season goes on, each player will earn experience points, and once they reach enough points to level up, you can increase one of these areas. However, once the player has reached their max potential per category, you can no longer level up the character. 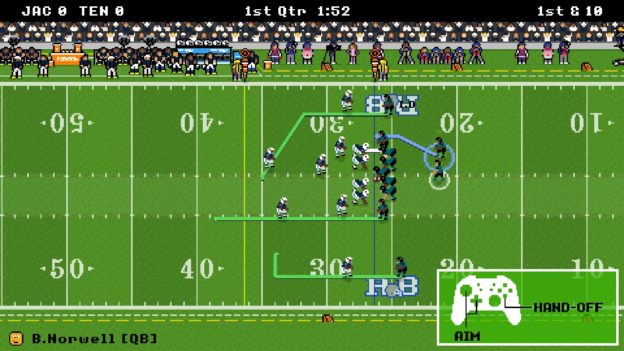 As far as the gameplay goes, it’s pretty basic. You only control the offense and kick-off returns. The defense and punt returns are handled via text telling how your team is doing on the field. That doesn’t mean you don’t need to pay attention to the defense; you still need to draft or trade for good defensive players. And while I am disappointed that I couldn’t play defense, I still find the game addictive. The games go quickly and you can set the quarter length to either one, two, or three minutes, with the default setting at two minutes.

Running a play does take some practice. When passing, you can’t scramble in the pocket with your quarterback. Instead, you control where you aim the pass and hit the pass button to throw the ball. You also can do a running play, in which you have more control of your running back. But unlike Tecmo Bowl, you don’t have the option to select which play you want to run. Instead, you are shown the routes that the wide receivers, tight end, and running back will run, and if you don’t like it, you can call an audible. However, calling the audible just changes the routes. So, again, you’re not selecting a play. 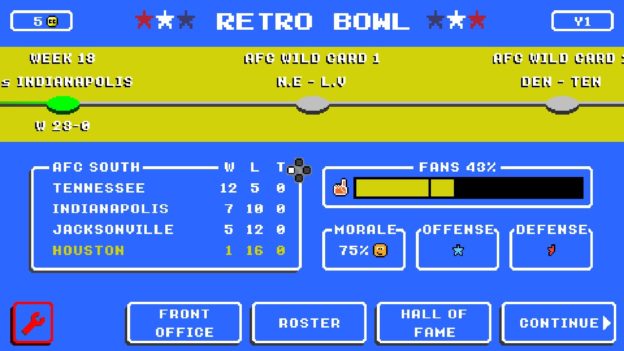 If your team does well, your popularity increases with the fans, and you’ll earn coaching coins. These are the in-game currency used to pick up free agents or improve player health or other stats. You are also presented with scenarios after games that can earn you more coaching coins. Some post-game situations, like a player behaving poorly off the field, will require you to make a decision between punishing the player or ignoring the infraction altogether. Each option will affect either the team’s or the player’s morale. 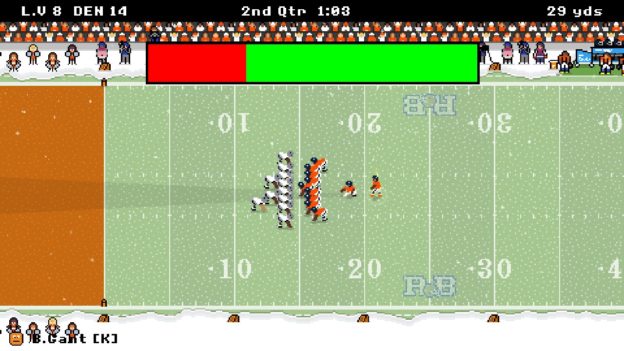 The game keeps track of the player’s stats, but this is where the game’s mobile DNA comes through, as it only keeps track as long as you control the team. Once I took over a new team, I couldn’t see how my players did in previous years, even though there is a career category. The career stats only applied to when I was coaching that team. If the player got traded or if I inherited a veteran or picked up a free agent, I didn’t get to see their overall career stats. I also couldn’t try to offer a trade to another team for one of their players. I could offer up one of my players, but only for an additional draft pick. This makes the game feel a bit hollow.

Swords & Bones is an action-adventure platformer published by...

It’s time to assemble your gaming team, be they...