I will be the first to admit that I never had a Neo Geo Pocket. I remember hearing about Neo Geo at the time but never paid much attention to it. When reading gaming magazines in the mid-to-late ‘90s, I remember a few publications bringing out notable games that they felt deserved to be played from the Neo Geo Pocket. Yet, I was a Game Boy kid and in 1999 (when SNK vs. Capcom Card Fighters Clash came out), I was obsessed with Pokémon.

Fast forward to today, the Neo Geo Pocket is seeing a return thanks to re-releases on Nintendo Switch. The newest in the series of re-releases is SNK vs. Capcom Card Fighters Clash. I enjoy playing card games and so this looked very much up my alley. I’m happy to say that  SNK vs. Capcom Card Fighters Clash is an absolute blast any card-fighting fan should check out. What makes SNK vs. Capcom Card Fighters Clash so good is its simplicity. It is such a simple-to-understand card game that you never feel confused or unsure what to do. The idea is to attack the other player with your cards. Using your card attacks takes away health from your opponent. Once your opponent’s health hits zero, you win. That’s it, that’s how simple this mechanic is. The game does an amazing job at not throwing too much at you, so at no point do you feel like you’re overwhelmed with the unknown. This has happened to me in a number of card fighting games, where I don’t fully understand what each card can or cannot do. SNK vs. Capcom Card Fighters Clash keeps it so simple that it makes each match quite enjoyable. The only downside is the individual matches can sometimes drag on and last forever, well at least they feel like they last forever. Certain matches can be exhausting, even frustrating, when you ultimately lose the battle that has gone on for quite a long time.

Don’t think that SNK vs. Capcom Card Fighters Clash is just a simple “press attack and win” card game. During matches you’ll find certain additional cards that will help your abilities. One such card allows you to unite your cards together to attack an enemy with greater strength. You also can draw and play cards that grant you SP – think of them as action points that are limited but incredibly powerful. This makes each match quite tactical as you want to time when you use your more powerful attacks versus when you need to hold back and wait. It creates an addictive gameplay loop that keeps you wanting to play just one more match. 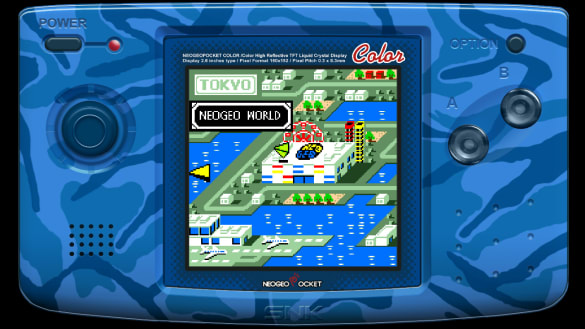 The biggest issue with SNK vs Capcom Card Fighters Clash is that your total enjoyment with this game will largely depend on your fandom of SNK and/or Capcom. There’s a lot of beautiful cards with wonderfully illustrated characters from both parties. It’s really quite special when you’re familiar with the characters and games they are from. However, if you’re not a fan of either SNK or Capcom, then ultimately you’ll have no real idea who any of these characters are. It’s not a massive negative towards the game, but ultimately it may mean you’re merely looking to collect “that dude“ or “that girl.”

Lastly, there’s the Switch port itself. Remember this game originally released on the Neo Geo Pocket Color back in 1999. The Switch release really is quite remarkable. The game looks wonderful in its pixelated glory and they’ve added bonus features that make the game even more accessible. Features such as rewind, customizable displays, and even a manual truly create a well-rounded experience. It also helps that the Switch release is, quite frankly, really cheap. At $8, I highly recommend checking out this game, even if you’re an extremely casual card fighting game player. The price is cheap enough and the game is so welcoming to newcomers that it could be a great stepping stone into the genre. For those who already love card fighting games, SNK vs. Capcom Card Fighters Clash is a great pick up you’ll enjoy immensely.

Ghostwire: Tokyo is more Watch Dogs 2 than The Evil