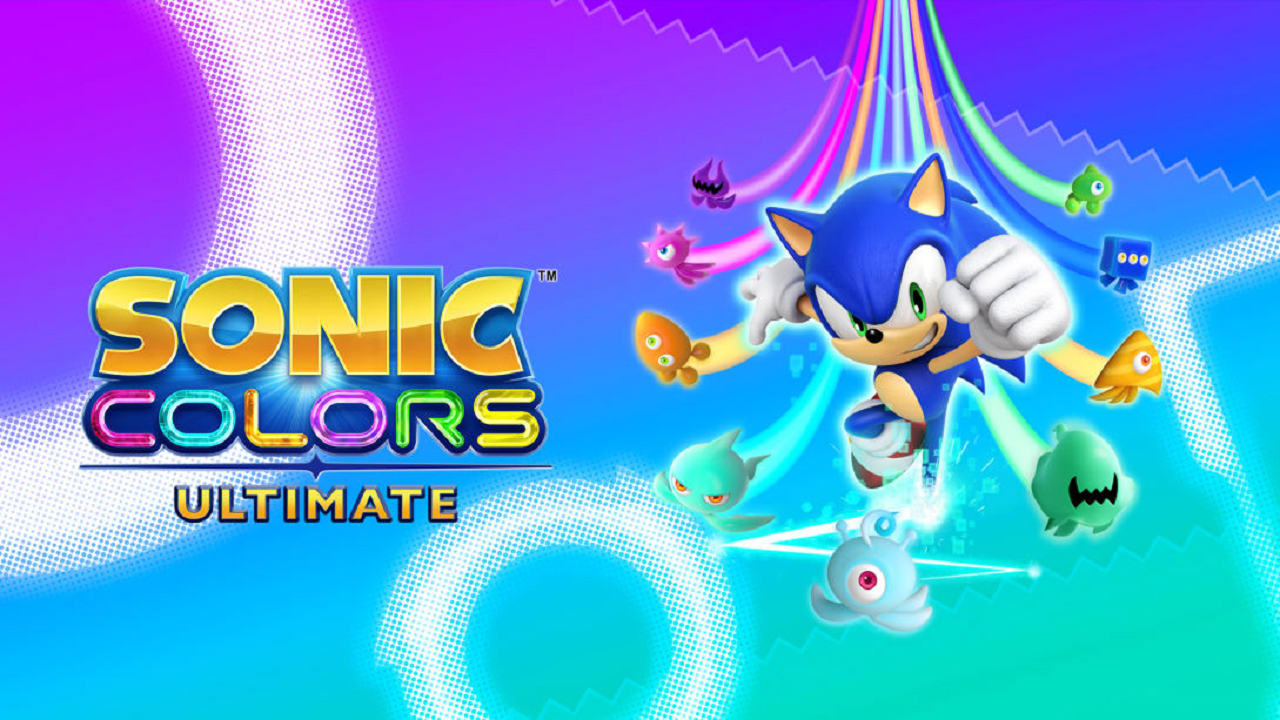 Despite what the net says, I liked Sonic Forces. It’s one of my favorite Switch games, and I’ve gone back to it many times. On the flip side, I’ve never cared for Sonic Colors on the Wii. I’ve heard many call it ‘the best 3D Sonic game’, but I couldn’t see what they were seeing. That said, I was looking forward to Sonic Colors Ultimate so I could give the game another shot.

Sonic Colors Ultimate has you racing through 45 ‘acts’ to save the ‘Wisps’ from Eggman’s control. The gameplay is split between fast-paced 3D sections and 2D ones that are more platforming-focused. I have mixed feelings about the balance. 2D sections feel like they dominate the majority of the game, with a few 3D ones strewn in here and there. Quite a few acts are entirely in 2D, and unfortunately, these tend to feel thrown together. Of the six levels in each world (before the boss), two or three seem like filler; put together to increase playtime.

Cutscenes are presented throughout the story, all of which have been upscaled in definition from the Wii. While the resolution is higher, the graphics themselves look dated; except in a few cutscenes that had a higher production quality, like the opening. Those look really good, and it’s apparent Sega had spent good money on them back then. As for the actual story in the cutscenes… it’s bad. They went for a ‘humorous’ tone, with jokes constantly cracked but almost falling completely flat. I found the writing extremely painful, and since the jokes make up like 90% of the story, you aren’t left with much in one of the worst Sonic stories I’ve ever seen.

Controls also have some issues. Sonic controls loosely, which works fine enough when you’re going fast. But, any time the game wants you to slow down and platform, the controls can be quite a pain. Certain Color Powers, especially the ‘Spike’ and ‘Frenzy’ ones, also have very odd controls. Spike tends to go in one direction no matter which way I’m holding, and Frenzy has awful turning and momentum.

Putting all these things together made my initial playthrough impressions poor. After beating the main story, I still didn’t understand why people loved this game. Once I started playing levels afterward, though, things began to click. Going for ‘S’ ranks, beating your best times, and collecting Red Star Rings is quite fun and even made me enjoy some of the more mediocre 2D levels. This style is where Sonic Colors truly shines. You need to unlock all the Color Powers before you can truly enjoy the game, though, which means you’ll need to play a good portion of the story first. Unfortunately, there also aren’t online leaderboards to compete for the best times.

Accompanying your gameplay is some good music. The Wii soundtrack still sounds incredible, with many memorable tunes. Remixes have also been added, and while they’re fine, none are better than the originals to me; Unfortunately, you can’t revert to an ‘Original Soundtrack Only’ mode. Also unfortunate: the Music Pack DLC. My review copy of the game came with it, but there’s no description of what it is on the eShop besides “3 exclusive original game remixes to set the pace for you while you put an end to Dr. Eggman”. After doing some research on it, I can see why they don’t want to go into detail. It appears they’ve removed the remixes from Planet Wisp in the standard version and locked them to DLC for no real reason other than money. Every other world has the remixes standard. Frankly, it’s disgusting.

Something else people may find disgusting is glitches. I ran into many bugs, ranging from music tracks not playing properly to Sonic falling off of an automatic section to his death. I honestly encountered too many bugs to list, but the gist here is that you’re going to run into some in its current state. Most are just annoyances, but a few impede gameplay. I have a feeling we’re going to get quite a few patches for this one. There are also some fun glitches you can encounter. I’ve had several instances of getting 3D gameplay in a 2D zone, which is awesome to mess around with. But it’ll probably get patched as well (to my great sadness).

Something cool I have to mention, though, is speedrun skips. There are some cool out-of-bounds strategies speedrunners used on the Wii version. Instead of patching them out, Sonic Colors Ultimate makes one of the best decisions I’ve ever seen. The skips can still be performed. But, while out of bounds, a voice clip of Tails will play, saying things like: “Sonic… where ARE we?” or “Huh, this is… different….”. It’s super clever, and I applaud the developers for doing this.

All in all, Sonic Colors Ultimate is a mixed-bag remaster of a good game. It has many bugs and some poor choices but is a fun way to play Sonic Colors. If you already own a copy of Sonic Colors on the Wii and are fine just playing that, there isn’t any reason to buy this on Switch. But if you’d rather play it on a modern console, this is for you. As for performance, the game runs at 30 fps, with an occasional ‘what the heck is happening to my frame rate’ moment. I found it serviceable, but some may prefer to look at other platforms for a more smooth experience. For $39.99 (not counting the DLC), Sonic Colors Ultimate provides some decent Sonic fun.

Previous articleTrepang2’s demo fulfilled my craving for a F
Next articleShare of the Week: Ghost of Tsushima Director’s Cut

Nintendo has released a live-action trailer for the mobile...

Resident Evil: Welcome to Raccoon City has been delayed...

If Dying Light 2 is crashing when you start a