When it comes to puzzle games, there are a few things that I’m looking for: are the puzzles challenging enough? How does the game teach you new skills or features, and how do you apply them to your solution? Am I rewarded for creativity? While there are inklings of these aspects in Splotches, it doesn’t always hit the mark. 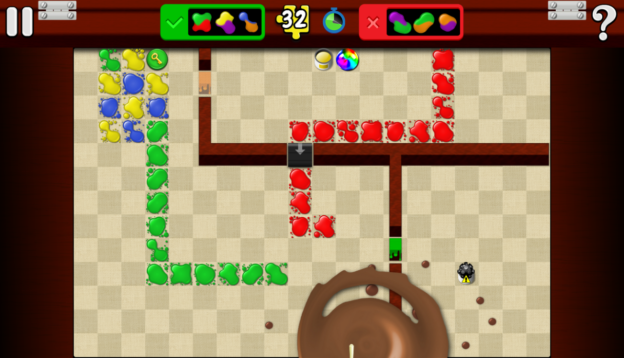 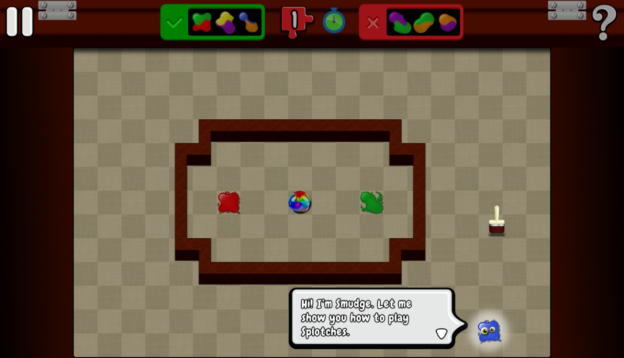 There are 120 puzzles, and you’ll need to beat the previous level to unlock the next one. Each level has three stars that you can earn, one for completing the puzzle before time runs out, one for solving the puzzle within so many explosions, and one for just finishing the puzzle. As you continue, you’ll start to unlock additional features, such as portals, conveyor belts, and bombs. 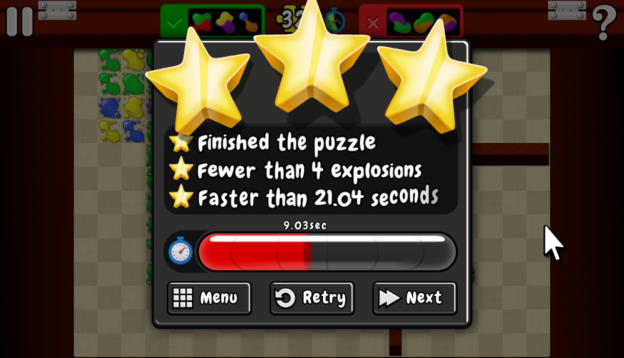 The puzzles are a mix of complexity; some are very difficult, and some are so simple that I sometimes found I was overthinking them. As I mentioned, you’ll unlock additional features, but sometimes these features are used in strange ways. For example, one puzzle was overloaded with conveyor belts, but instead of placing paint on the conveyor belts, the belts were used merely as walls in a maze. In all the puzzles, I never felt I was learning new skills and uniquely applying these skills. Instead, it felt like I was just trying to figure out what the designer wanted me to do to solve the puzzle. I didn’t feel like I solved the board based on my creativity or skill; instead, I felt forced to follow one solution laid out by the dev.

Because of this, I didn’t enjoy my time with Splotches. A game about mixing paint and color the board should invoke some sort of creativity, and the puzzle design didn’t allow for that. Even when I beat a puzzle, the “woohoo” that appears on the screen felt shallow. 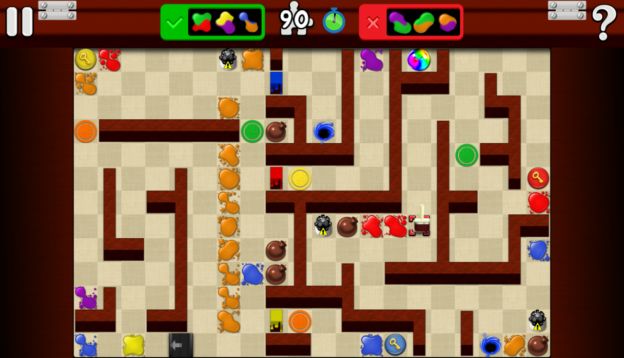 Splotches could be an excellent introduction to puzzle games for younger kids. The idea of mixing colors and causing color explosions is appealing to a younger audience. In addition, there is a level designer, which is a great way to introduce kids to creating their own stages. But at $10, it feels steep.

You probably know of Super...