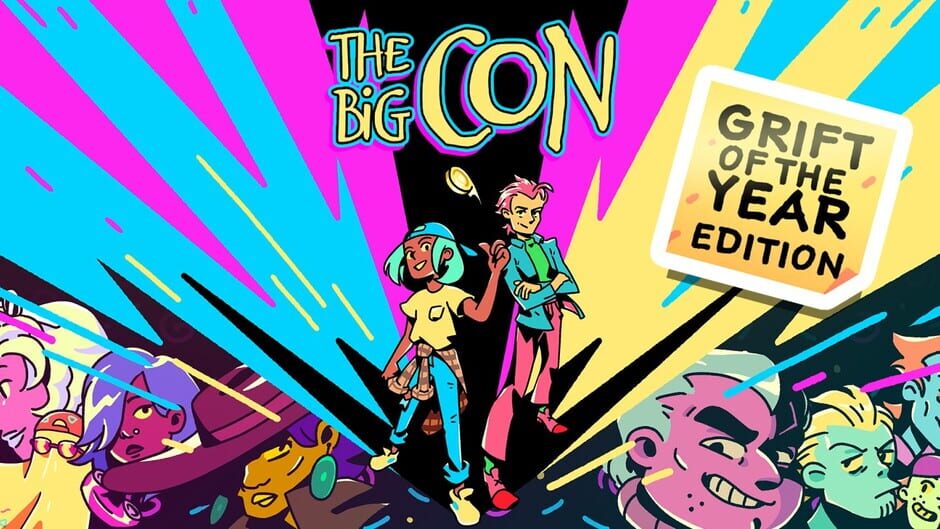 The Big Con is a game that tells a compelling story about a teenage girl, her single mom, being a runaway, and making tough choices. Set in the ’90s, the game makes several references to that time. While it’s billed as an adventure title, The Big Con’s primary strength is its narrative.

My favorite element of The Big Con is the storytelling. You play as a snarky and rebellious seventeen-year-old girl named Ali. As the game begins, you learn more about her relationship with her mother, a single mom trying to make ends meet by running a video rental store. As with any good story, the pivotal moment is when you learn Ali’s mother owes $97,000 to a loan shark. If she doesn’t pay back that money in a short amount of time, she’ll lose the video store. Ali wants to help her mother by trying to raise the money herself. Of course, that’s a lot of money, and Ali runs into another teen, offering her an opportunity to make a lot of money by pulling some cons. 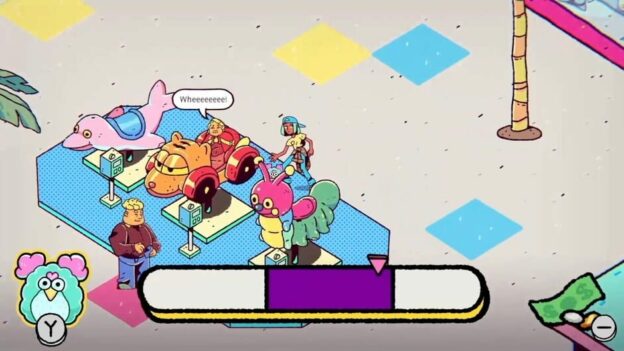 The game handles the difficulty levels well. At first, you start by pickpocketing people. The mechanic is relatively easy. As you walk closer to an NPC, you will see a wallet icon in the lower-left corner; the more money in the wallet, the more challenging the lift. To steal the money, you hold down the Y button and let go of it when it’s in the purple zone. The more money the individual has, the smaller the area will be. If you get caught, you can put on a disguise that you find and attempt the heist again. While I think this is a clever mechanic, it did get old after a while. You do have an option to turn off the mechanic so you can just walk up and steal the money without the minigame, but that also felt too easy. However, it’s nice that the devs recognized that this gameplay could get tedious.

As you continue, you learn of other ways to make money. You can eavesdrop and listen in on conversations to find out what people have on them or what they most desire, and then either steal that item (to sell it to someone else) or find the thing that they are looking for and make money that way. This added a bit of puzzle-solving to the game, and I enjoyed this aspect. There were a few times when I didn’t figure out the clues; I was allowed to continue without completing these, but it certainly adds to the challenge for completionists. 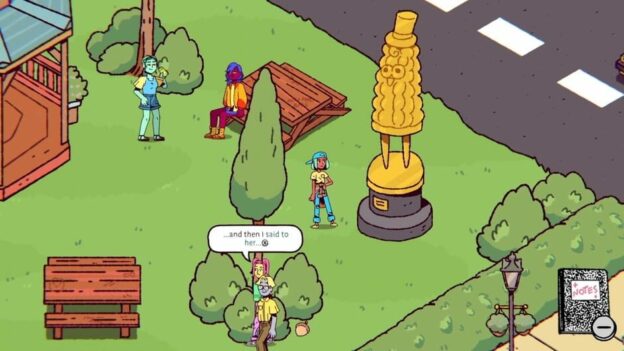 You can also do fetch quests for the pawn shops. Again, these are optional, but they pay quite a bit for each item. Each city will have a shop with the same owner (which Ali has some snarky comments about). Another way you can make money is by distracting the clerks when you ask if they can break cash for you. Watching their cues hints at whether you should tell them a joke or a weird fact. The more money you try to break, the more complex the scenario.

All these situations are handled through quick wit and funny banter. The subject matter is dark, but the humor certainly lightens the mood. This is one of the first games in a long time that I truly connected with the protagonist and felt awful for some of the choices she makes. Maybe it’s because I was a teen during the time this game takes place, but Ali is a relatable and funny character, and I didn’t want anything bad happening to her in this story. At first, I was a bit put off by the art. It’s reminiscent of shows like Doug, where the characters have blue or green skin, but the animation is a bit rougher than Doug. However, after getting to know Ali and playing more of the story, the art didn’t bother me; in fact, it was part of the charm of The Big Con. 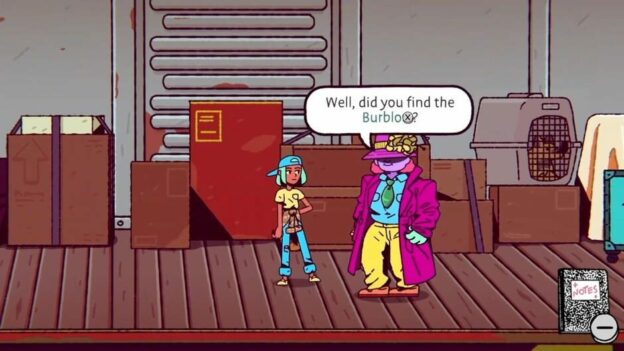 The Big Con is self-aware of its dark and emotional story. There’s an optional scene where you can swindle money out of one of the clerks. During the conversation, there are references to the sad existence of a side character in a video game. It’s a funny scene, breaking the fourth wall, but at the end, the clerk says not to let the humor distract from the heavy topics.

The Big Con is a game that tells a compelling story about a teenage girl, her single mom,...
News

A live-action One Piece series is in development under the aegis of Netflix, and the streaming giant’s ongoing Geeked...

The Big Con is a game that tells a...

It’s not just good enough to...

Explore a growing roster of diverse characters and experience...

Elden Ring: Where to find the Hoarfrost Stomp Ash of

Looking for the Hoarfrost Stomp skill in Elden Ring?...