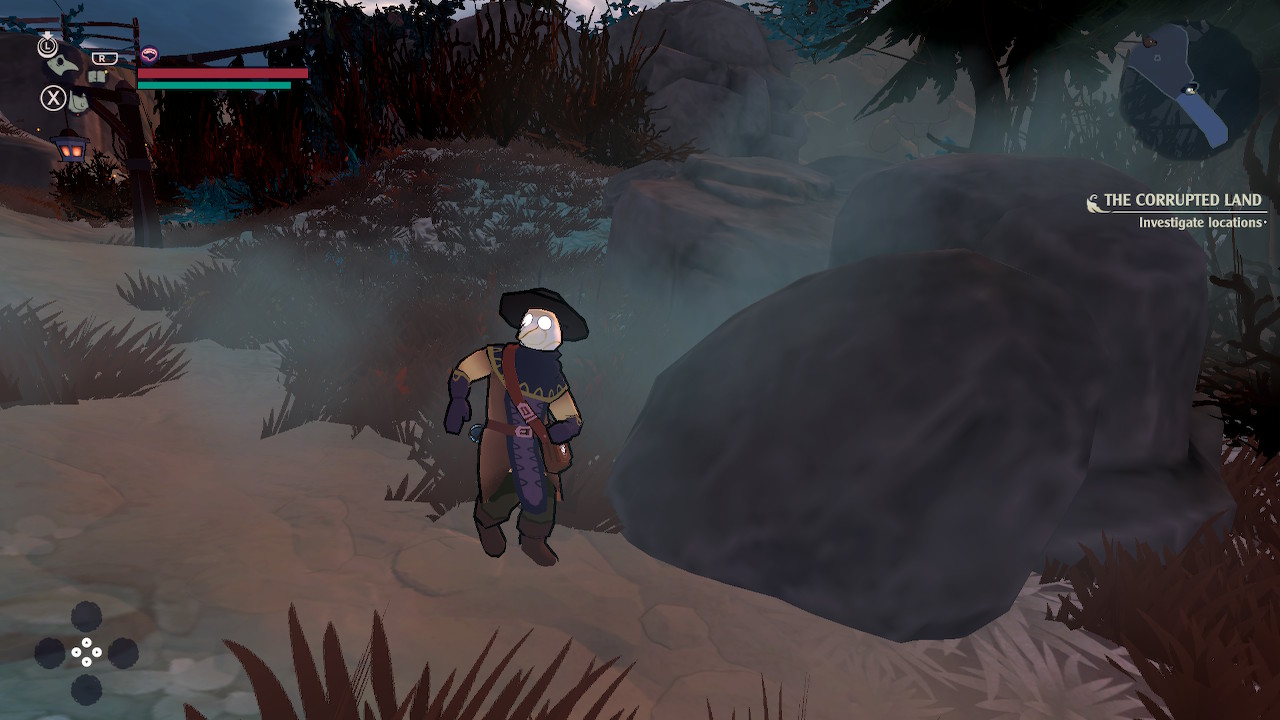 The Serpent Rogue is an interesting mashup. It’s part Souls-like, part crafting, and a whole lot of trial and error. It’s both accessible and challenging, adorable and inscrutable, and it forces you to try and fail again and again and again in the most charming manner possible.

It’s about grinding resources and then being playful with them.

The game presents a top-down map wherein you are a “Warden,” a class of being who is summoned to defeat the corruption that is laying waste to the land. You must defeat enemies, craft potions, forge weapons, and enlist allies to help you. And you dress like a bubonic plague Beak Doctor, but in chibi form and—frankly—cute as a button. 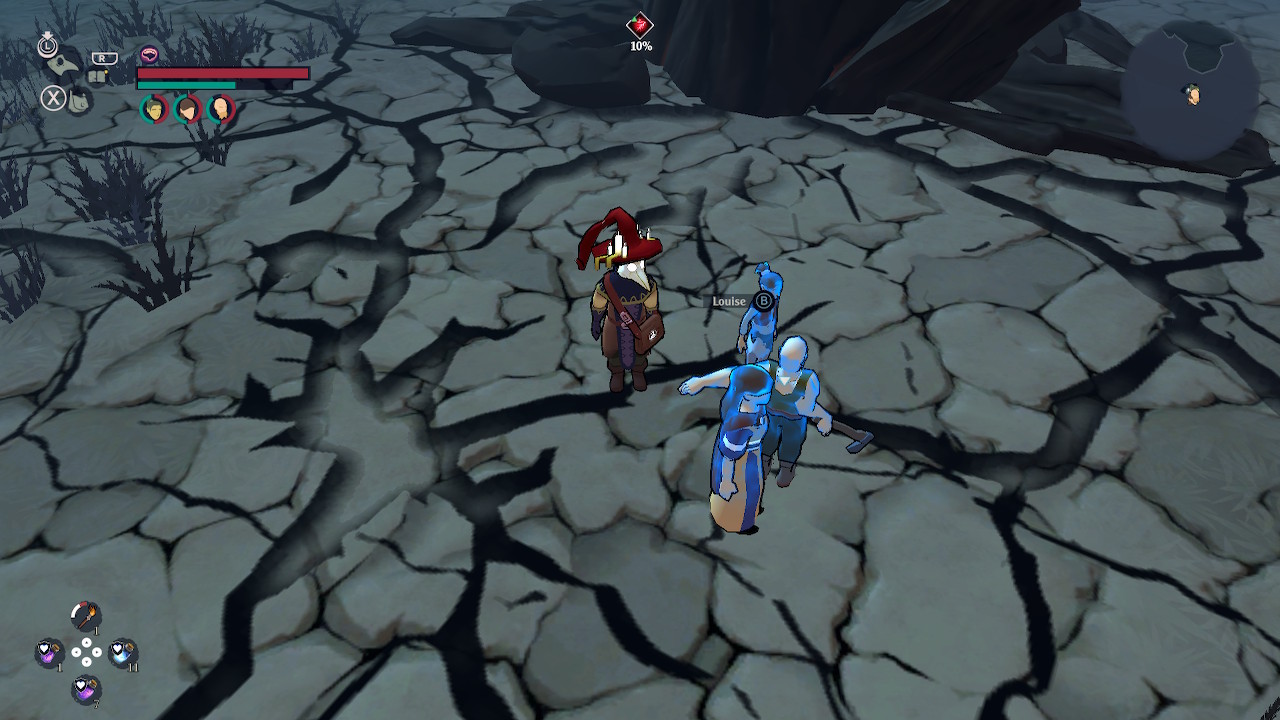 The land you’re saving is divided into several areas. Some of thoses are safe all the time, like the house where you can research ingredients and mix potions, or the nearby camp where you can forge weapons. Other areas are hostile, filled with creatures both neutral (will ignore you unless attacked, or can be made into followers) and corrupted (attack on sight). An additional problem is corruption storms, which pop up and cause damage for as long as you’re in the area. Leaving an area and returning to it causes the monsters to reset.

Crafting is the heart of the game in many ways. You’ll occasionally find scrolls that give you a recipe, but it’s mostly a process of trial and error as you harvest ingredients from across the world and experiment with their combinations. The game has a lot of time devoted to this, so how much you enjoy screwing up a potion over and over until you finally find a combination that works will determine how much fun you’ll have. 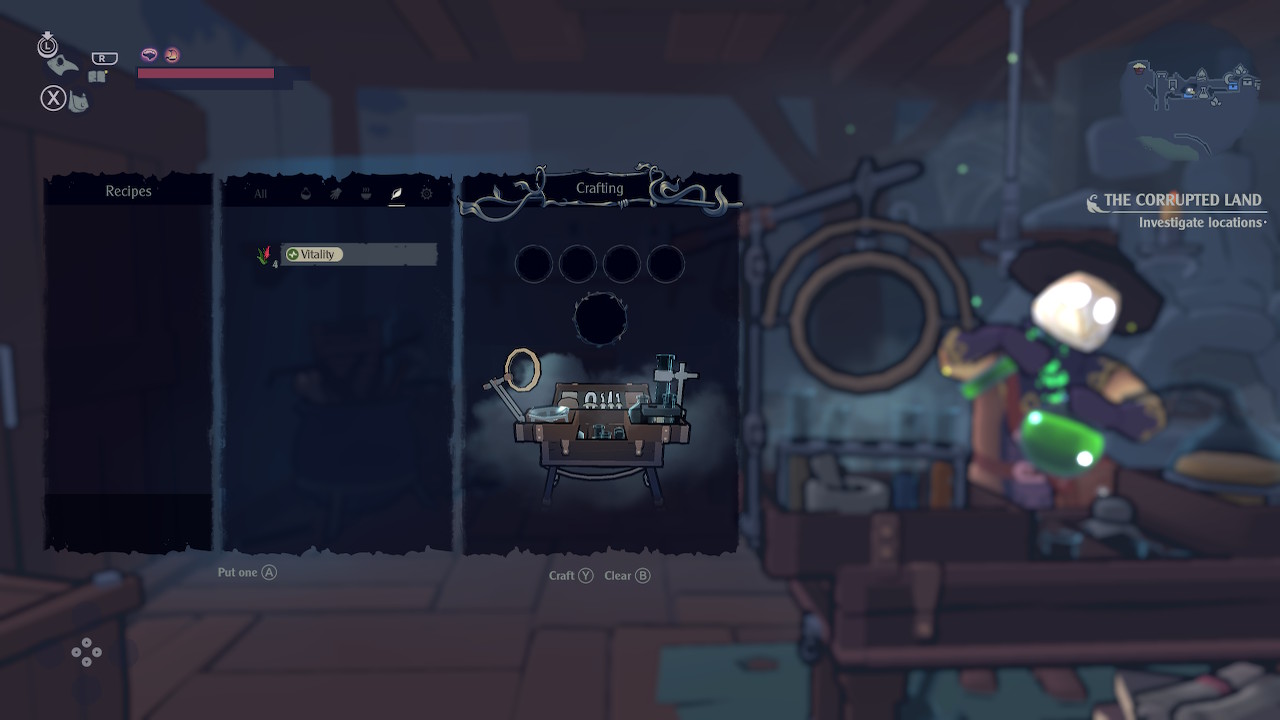 You can craft three kinds of objects: potions, tools, and food. The process is simple—go to the appropriate crafting station (potion bench, forge, stove), drag and drop the components you want into a combiner, and hit a button to make them. But there’s more than one solution. Put a piece of raw meat into an oven with firewood, and you get a steak, which you can use to restore stamina. But, if you cook raw meat with an egg, you get steak ’n’ eggs, which gives you an even bigger boost.

If you try combining things that don’t have a “correct” recipe, you lose the ingredients, but you also learn what not to do. And unless you look up the recipes online, you’ll be doing that a lot.

Combat is mostly a run-and-gun, Smash-TV-style affair where you throw a potion from a distance or hit your opponent with a tool then quickly move away to dodge. This becomes easier as you learn the enemies’ attack patterns, but it’s still slightly wonky. While The Serpent Rogue does allow you to lock on to foes, the lock breaks rather easily, leaving you fumbling your attack as you try to run away. 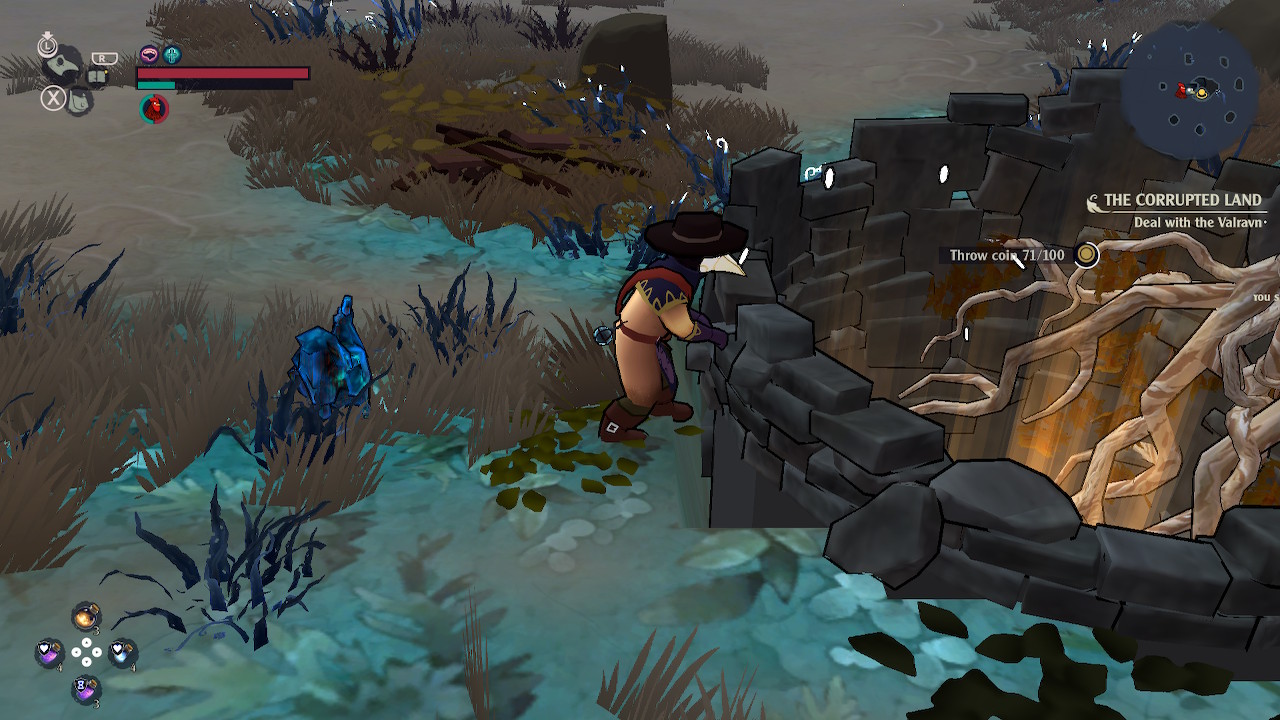 You can recruit followers in the form of animals, humans, and spirits. Animals and living humans have to be bribed with the right item (dogs want raw meat, for example), and once you unlock the path to the mysterious harbor, a ghostly ship will arrive regularly with spirits that you can buy as companions. All of them will help you fight, carry things, and lend their skills.

Healing is kind of off-beat in this game; while you can use health potions to instantly restore your hit points, you also regenerate slowly by burning off stamina, which you get by eating. Stamina is also used for running, but after you stop running it will replenish to whatever level it was at before. The game is certainly playable if you’re out of stamina and can’t find food, but without the ability to heal or run, you’re going to have to be very careful about how you proceed.

Combat-wise, The Serpent Rogue is pretty forgiving. If you die, you wake up back in a safe area. Any items you were carrying, however, are left at the spot where you expired. And if you die before retrieving them, they’re gone for good. 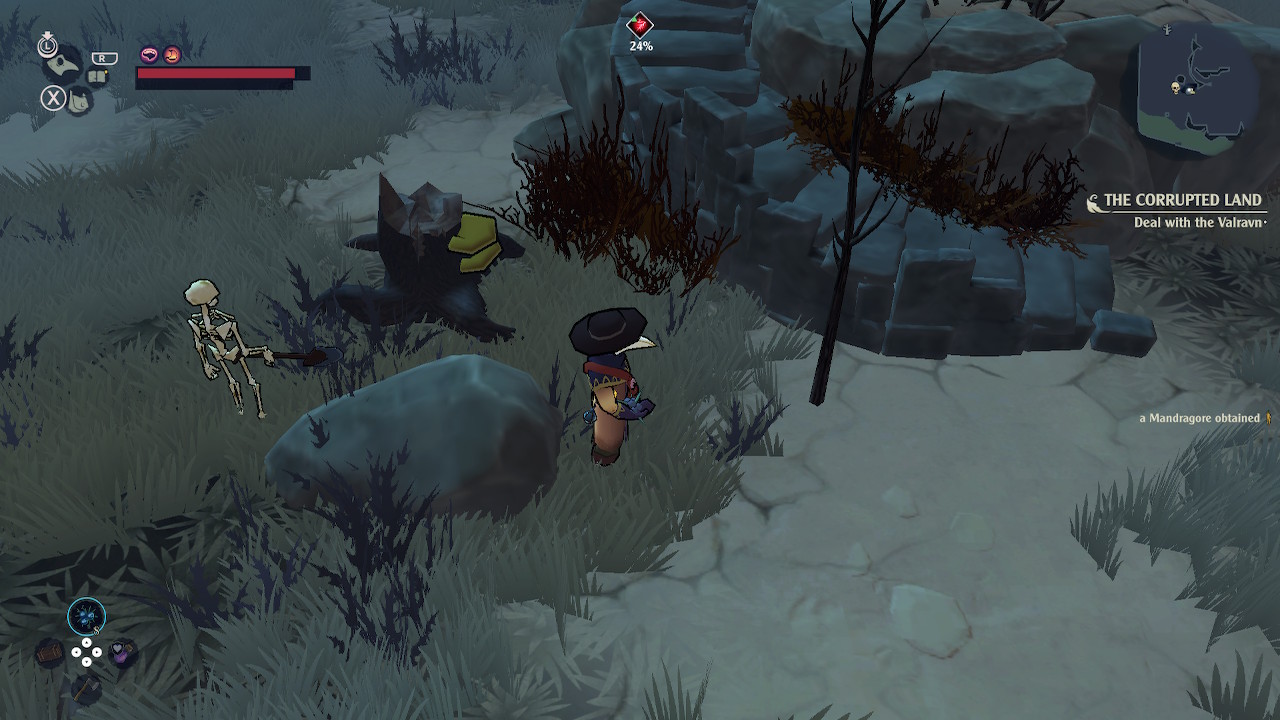 The Serpent Rogue provokes different emotions while playing it. The crafting aspect is slow and relaxing as you find new items, research them to find their properties, and practice making new things. Combat, though, is quick and stressful, as you try to manage movement, aiming, and item management. It works, though, and fits in with the game’s theme that this Warden is a newly formed being who’s in a world-saving quest and is in waaaaay over his head.

As I step inside the private room of Jessica Tulipe—a towering Viera with mahogany hair and flopsy ears—I'm...
Nintendo

The Serpent Rogue is an interesting mashup. It’s part Souls-like, part crafting, and a whole lot of trial...
News

The 2022 Demon Slayer Kimetsu Festival event will sell merchandise based on the anime’s second season. In addition to...

Two years ago, a group of soon-to-be studio founders...

Subscribe for More Music ▶ http://jtmch.co/SubJT Get Your JT Merch...

Lost In Random is fast, funny and has great combat

A hands on preview of upcoming EA Originals action-adventure...