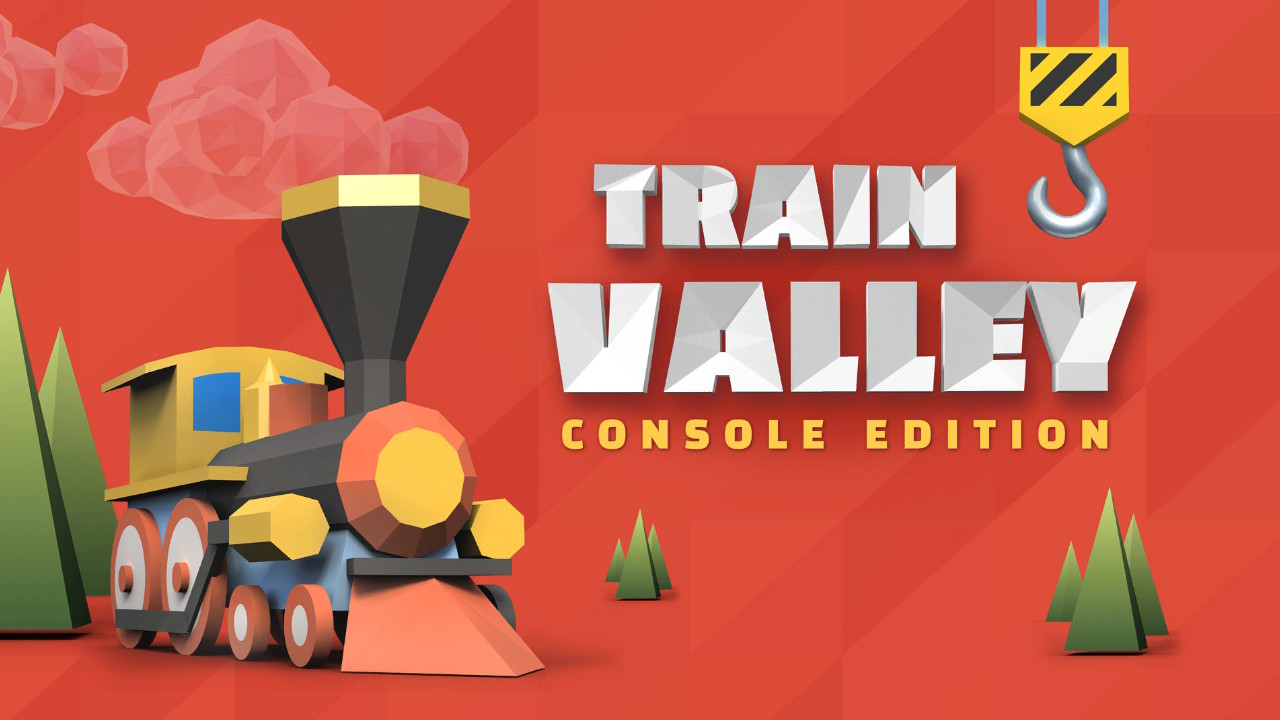 Train Valley is a puzzle simulation game published by BlitWorks. The game is simple; you build railroad tracks and control them. Do your best not to crash anything, and you should be fine. In simulation games, this one is pretty solid. 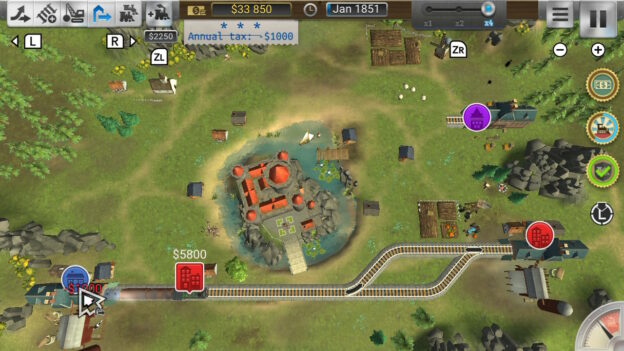 Train Valley tasks players with controlling various train stations. Build tracks from one station to another, overlapping them if need be. When ready, you can depart trains from one station, allow them to go, then let the next train go. Of course, if you take too long, the trains will depart independently. This can become a mess if you don’t heed the tracks’ directions.

You can control the directions of the tracks, but you have to keep up with them. Otherwise, it’s far too easy for trains to collide and crash (I know this from experience). In fact, that’s the main point of the gameplay; build tracks and watch the trains as they move along the trail, keeping them out of harm’s way from other trains.

Luckily, there’s a handy-dandy pause button. If two trains are moving and you need to stop and think about who should go first, hit pause. This was a lifesaver for me many times. Train Valley is more than a simulation game—it’s a puzzler. How can you optimize your train tracks, and which trains should you allow to leave the station first? 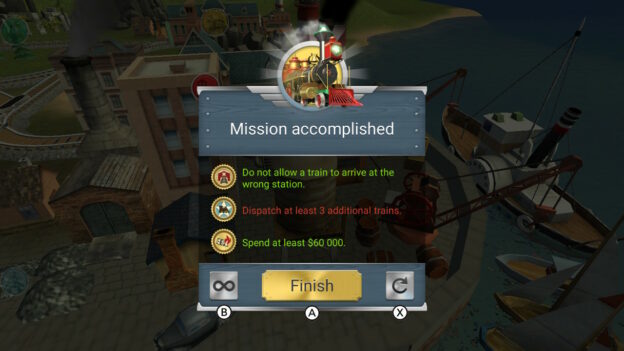 You also need to manage your finances. Laying tracks costs money. Applying tracks on buildings or forests costs extra because they need to be demolished before the track is laid. Also, if trains crash, they’ll destroy the area around them, including the tracks. So, you need to pay for cleanup and lay tracks down again. If you run out of money, the level ends and you have to start over.

How do you make money? By allowing the trains to arrive at the correct station and departing on time. The longer a train takes, the less money it makes. Each train is assigned a color—red, blue, green, or yellow—and so are the stations. So, when a red train departs, you need to send it to the red station. If a train goes the wrong way and ends up in the wrong station, you won’t make money on that train.

There are five “seasons” to play through in Train Valley. First is Europe from 1830 to 1980. However, there’s not much of a story element to the game. The major differences are the landscaping; more items get added as you play along. For example, there are other trains, different stations, bridges, and more. 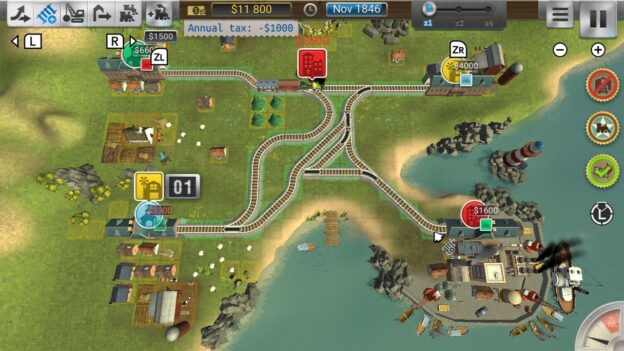 The game is placed from a top-down view, which works. There isn’t much to see other than how to get from one station to the other easily and quickly. The controls are smooth and easy to learn, as well. For an added challenge, each level has objectives. They’re not needed to complete the level, but they’re fun to strive for.

Train Valley is a fun puzzler and relaxing simulation game. Every level is the same, and I could only handle it in short bursts. However, I enjoyed my time with it and see myself returning for more. This is a great addition for simulation fans.

No matter what help you need with today's Wordle, you'll find the solution here. I can offer you...
Nintendo

Train Valley is a puzzle simulation game published by BlitWorks. The game is simple; you build railroad tracks...
News

It is important to keep in mind what is going on within Activision Blizzard at this time regarding...

Does Risen 2 sink beneath the weight of its...

Resistance 2 has been teased by developer Insomniac Games...

Sometimes it takes a nightmare to wake a...