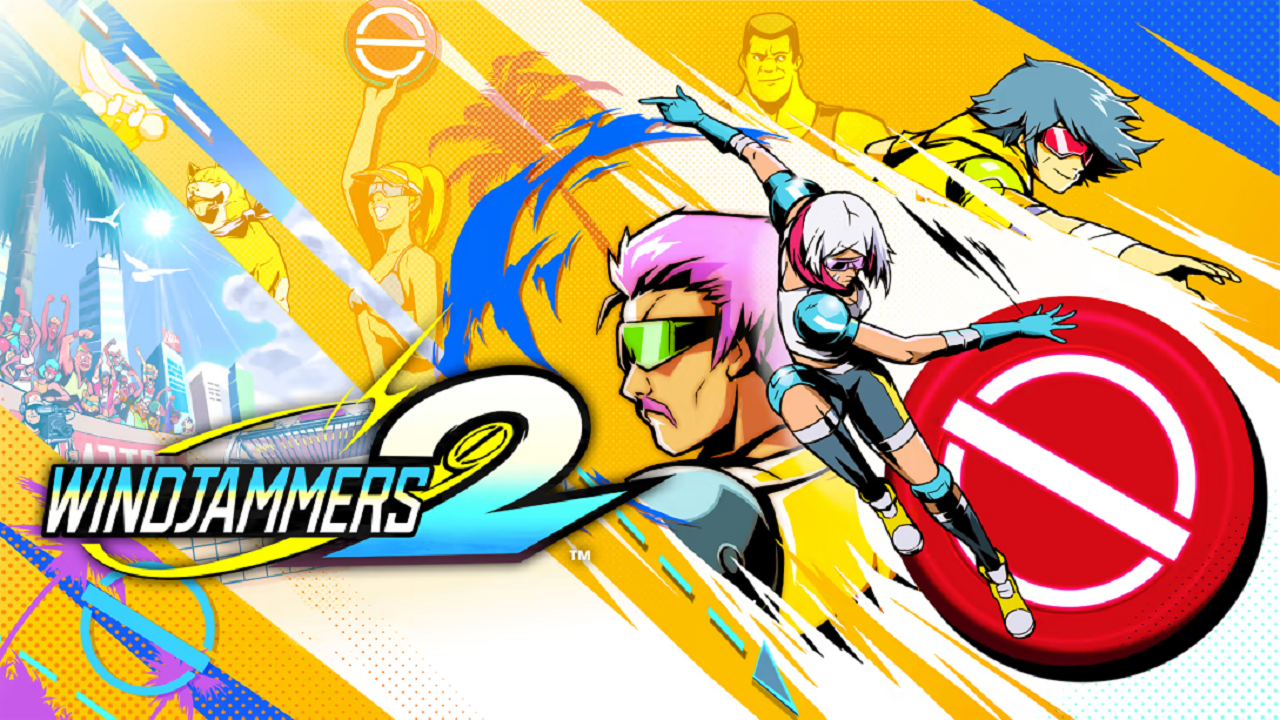 Windjammers was a comfort game for me for a very long time. As strange as that sounds, I would jump into it on my Switch, play a game or two and then close it. It was my go-to ‘kill some time’ game for a while, and I loved my time with it. This led to the excitement I had when Windjammers 2 was offered to me to review. With its updated bright, modern, had-drawn arcade-like graphics with bold colours that pop and high octane 90s inspired soundtrack. I couldn’t wait to chuck my disc about the place again with my girl Mita!

Windjammers 2 follows an almost identical formula to the first. The game, at its core, hasn’t changed. It has just received new graphics, added a few more challengers to its lineup, and new stages. It has also received a few new mechanics such as the power moves and EX move — with each challenger having unique ones on offer.

For those who have yet to experience Windjammers, the original was released on the Nintendo Switch in 2018, a port of the mid-90s arcade game of the same name. In this game, you play one on one in a flying disc match, with the objective of throwing the disc past your opponent, scoring points depending on the zones situated behind them. The scoring system is based on pre-determined goals and sets to reach, with the first to two sets (or whatever you have chosen) wins. The B, A and Y buttons are different shots, varying from regular throws to lobs. The R button is your power move, and once you’ve filled your meter, you can press A+B to unleash your EX move. The faster you return the disc to your opponent’s side, the quicker and more powerful your return will be, resulting in an increased chance of scoring past them.

It’s a simple game that is easy to learn but oh so hard to master. When playing against a higher-level CPU, you need to be on top form; otherwise, you’ll be crushed… which can be very disheartening. I feel that the difficulty all-around is higher in Windjammers 2 than its predecessor. This isn’t to say it’s a bad thing; we all love a challenge. My only concern is that it feels less accessible than the first, especially in terms of getting to grips with how the game plays.

There are three modes to Windjammers 2: arcade, versus, and online. Arcade mode is a single-player campaign where you choose your challenger from the roster of available players and compete in the Windjammers World Championship. Versus mode is your standard jump in and play mode, where this can be against the CPU or a second player locally, adjusting the rules and points catering to how you wish to play. At the time of writing, I was unable to play in the online mode, despite at one point it telling me two people were online. I guess they weren’t searching for an online game.

Of all the new additions to the game, the casino arena has to be my favourite. In this stage, the points of each zone change like the value of slot machines. It makes for an even more chaotic and unpredictable game where you could be seven points ahead only for your opponent’s next score to be eight! It’s modes like this that force you to outplay your opponent in all areas truly and a breath of fresh air to the standard match.

Windjammers, at its core, will always be fun, and the sequel is exactly that, fun. However, despite the updated visuals, new characters and mechanics, it doesn’t do enough to stand out too much from the first. It may just be my loyalty to the first speaking here, but I was slightly disappointed by Windjammers 2. If anything, playing this has made me return to the first entry and sink even more time into that.

What type of liquid should I use for cooling when

Resident Evil: Welcome to Raccoon City has been delayed...