An Outriders line that seems to reference the US Capitol 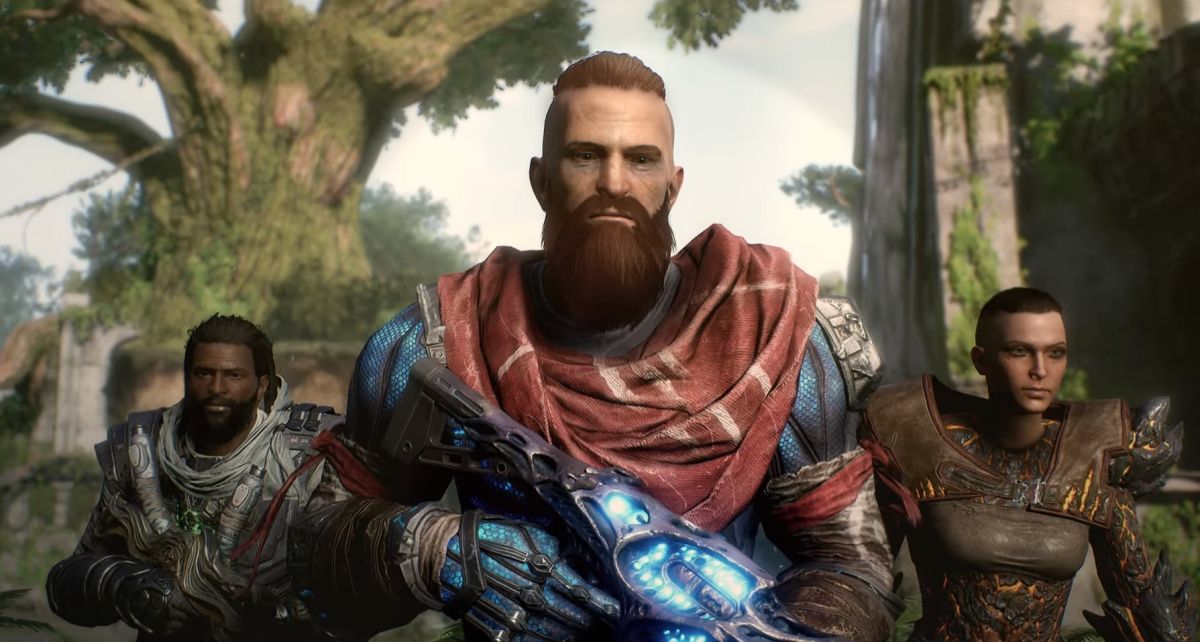 There’s no way the writers of co-op shooter Outriders could have referenced the mob that broke into the US Capitol in January. People Can Fly and Square Enix confirmed to Kotaku that the game’s dialogue was written and recorded “a couple years ago.”

“Any similarities to real-world events are purely coincidental,” a representative told the site.

The similarity Kotaku asked about does sound a lot like a direct reference to the January 6 Capitol Building attack, though. It happens early in the game, when the player character says that they saved another character “from that redneck mob storming DC.”

The word “storming” has a particularly strong connection to the January 6 riot, as it’s been used heavily by US media and the public to characterize the event, which caused five deaths. The incident’s Wikipedia page is titled “2021 storming of the United States Capitol,” for instance.

The perpetrators have also been repeatedly referred to as a “mob,” and “redneck” connotes rural, white, and reactionary. If Outriders had been released later in the year, it would’ve been hard to believe that the line wasn’t referencing January 6. But it really isn’t.

Kotaku notes that the line is in the Outriders demo, which was released on February 25 (the line was pointed out on Reddit shortly after). Not only would it have been impractical for developer People Can Fly to record the line and add it to the game in under two months, it wouldn’t have made any sense for it to do so.

Another coincidence related to current events was put into motion in 2019, when Ubisoft announced Rainbow Six Quarantine with plans to release it in early 2020. After the Covid-19 pandemic started in early 2020, Ubisoft delayed the unfortunately-named game (although it involves alien parasites, not a virus). At the moment, Ubisoft is calling it Rainbow Six Parasite internally, and it seems unlikely that it’ll still be called Quarantine when it releases.

It’s tempting for me to think that these examples say something about the world. Has it started moving so quickly that the outlandish scenarios invented by sci-fi writers keep happening before their work is released? Maybe, but I’m not sure these examples quite support that conclusion. Lots of fictional stories have no synchronicity with the real world at all, and I don’t think the rate of odd coincidences has increased. They were pretty common before these eventful years, too.

The use of the word “storming” in the Outriders line makes it seem quite prescient, but it’s not as if only Nostradamus could’ve imagined political violence occurring in Washington DC. Hell, The Division 2 is about political violence in DC and a deadly virus, and it was released at around the same time that Square Enix says Outriders was being written.

As Chris said last July, current events have put a bit of a damper on the fun in The Division 2. Outriders, however, is pretty fun. Or it’s completely terrible. I’m not sure. I haven’t played it, and I keep getting different answers. Morgan is still working on our review, and he didn’t like it much the last time we checked. After getting through the early bits, though, Steven said he was enjoying it. People on the internet are also divided about whether or not Outriders is good.

The Sims 4 is having a free weekend to celebrate