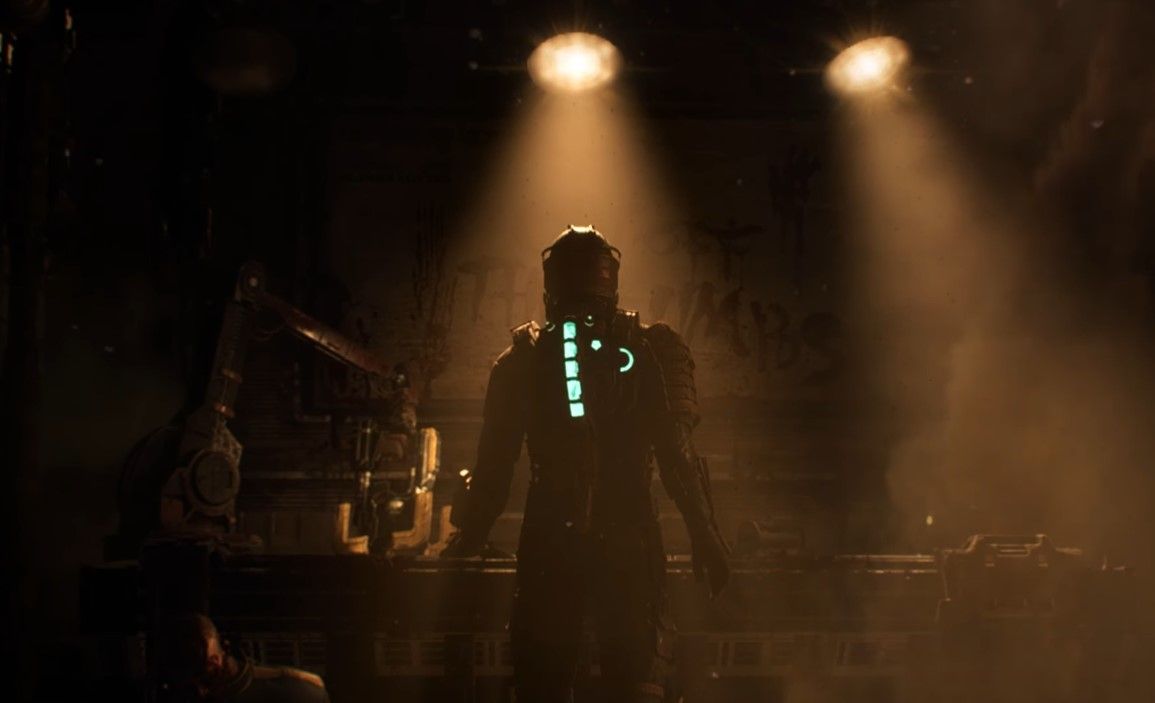 Dead Space remake is a ground up reconstruction of the 2008 sci-fi survival horror classic, the one that spawned a series people have been nagging Electronic Arts to reboot for years. It’s in development at EA Motive, the Canadian studio responsible for both the well-received Star Wars: Squadrons, and the controversial-but-ultimately-decent Star Wars: Battlefront 2.

Announced in July 2021, the first teaser trailer was incredibly slight, though did a decent job showing what to expect, which is basically: Dead Space, but better looking. We haven’t seen any proper gameplay footage as yet, though we have seen some very rough footage of how limb-carving has been revamped. Hear that? Revamped limb-carving. 2022, baby.

Here’s everything else we know about the Dead Space remake, including roughly when it will release, and what changes—if any—we should expect compared to the original.

When is the Dead Space remake release date?

Neither publisher EA or studio Motive has provided a release window for Dead Space remake. A VentureBeat report from August last year pointed to a late 2022 release date, though the same report also said we’d see more of the game before the end of 2021. All we saw was some very inside baseball limb-cutting footage, which… wasn’t much. You can read more about that below.

Don’t bank on a 2022 release date. EA Motive described the teaser trailer as an “atmospheric benchmark” to target, which implies that it still has a little way to go.

How will the Dead Space remake differ from the original?

The Dead Space remake is being built from scratch in the Frostbite engine, so it really is a remake in the truest sense. But in the same spirit as other modern remakes, like Resident Evil 2 and Final Fantasy 7 Remake, it won’t be a perfect 1:1 recreation. No, it’ll be adapted to suit more modern sensibilities, and it will also harken to the events of Dead Space 2 and 3 —games that didn’t yet exist when the original released.

EA Motive expanded on some changes in an interview with IGN. In addition to the dismemberment mechanics getting a good spit and polish, you can also expect the zero gravity sections to be a lot more frictionless (think how the Mako was improved in the recent Mass Effect re-release), and for a bunch of modern features to be added, such as 3D audio and vastly more advanced effects and lighting. The whole game will play out as “one cut”—think God of War 2018.

But the quote that really sticks out concerns the game’s level design. According to creative director Roman Campos-Oriola, EA Motive will be able to pull off things EA Redwood Shores / Visceral Games had planned, but were unable to achieve. “We started with the original level design of the original Dead Space. What’s funny is that you can see some of the iterations that were made prior to ship by the team. In the first chapter, you can see some corridors that they wanted to do first in a certain way, and then you can understand why they changed it for technical constraints or [some other reason].”

I’m glad you asked. As you’ll see, it isn’t gameplay footage per se, it’s just Isaac Clarke in an untextured environment slaying some baddies. At the time of that airing, senior producer Philippe Ducharme said: “We wanted to [show] this because we wanted to be open with the communication, and open with how we’re tackling this game. This is not a gameplay reveal trailer.”

It does look pretty cool though, at least, as far as gruesome dismemberment can be classified that way. You’ll be able to carve those pesky aliens up in “super-precise” ways, according to Campos-Oriola. “The body destruction technology that we’re developing, that is allowing us to really remove the flesh off of the bones of the enemy, and to give you a good sense not only of gore … but also of how much damage am I doing to the opponent? Is my weapon actually useful against this one? How close is it to dying? That’s something that to me is really interesting.” Me too. Me too.

This is still the most substantial footage we’ve seen yet of the Dead Space remake. It isn’t much, but as above, it’s an “atmospheric benchmark” for EA Motive to reach. So far, so good.

When will we hear more about the Dead Space remake?

The official Dead Space Twitter account has confirmed a new developer livestream will happen on March 11 at 10am PT / 1pm ET / 7pm BST, and at 5am on March 12 in Australia.

The stream will happen on the official Dead Space YouTube account, and according to a short teaser posted on Twitter it’ll be focused on the audio upgrades the new remake will enjoy. So, expect a little bit of footage, but probably not much in the way of live action limb cutting.

Did you ~hear~ what our next #DeadSpace Developer Livestream will cover?: https://t.co/EE2ow37EEk pic.twitter.com/j58Ys5VCAZMarch 7, 2022

In all likelihood we’ll just get more small development updates like these until June. June is E3 time, and EA will likely air its EA Play Live showcase some time during that period. It’s more than likely we’ll see some extended Dead Space remake gameplay footage then.

With the remake coming, can I still play the original Dead Space?

Yes you can. It’s on Steam and GOG, and is also part of the EA Play subscription service.

What about the creators of the original Dead Space? What are they up to?

Former Visceral Games boss Glen Schofield has formed Striking Distance Studios, which is working on The Callisto Protocol. It’s a “story-driven, singleplayer survival game” that is unmistakably reminiscent of Dead Space. Also, weirdly, it’s set in the PUBG universe. Expect that to release some time in 2022.

Full Playthrough of DOOM 2016 in a single video...

A Musical Story is a rhythm game that…well…tells a...