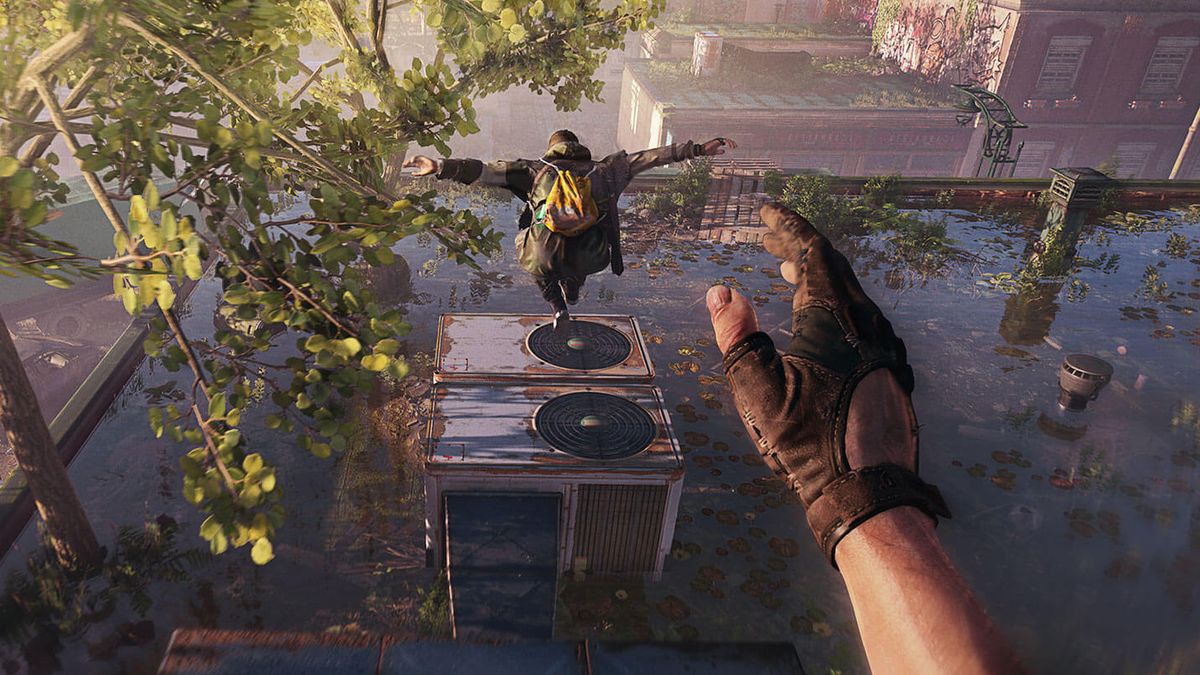 Want to know how Dying Light 2 co-op works? Techland’s open-world parkour zombie game brings a massive city to life, packed with buildings to scale and monsters who want nothing more than to gnaw on you. It’s a daunting prospect, especially when night rolls in, and those shambling zombies can really pick up the pace. But the good news is you don’t have to face them alone, as up to four people can play co-op multiplayer with each other.

There are a few important details you should know before getting into a co-op session. Here’s when co-op becomes available, how quest and character progression works, how to make dialogue choices as a team, and what else you can expect when racing your friends across the rooftops of the zombie-filled city.

Co-op isn’t available from the very beginning of the game. You’ll need to complete the intro and tutorial that leads you into the city first, which will take an hour or two. Once you’ve completed the story quest called Markers of Plague, co-op will become available and you’ll be able to invite friends into your game or join them in their games. From then on, you can play together through the rest of the game.

How to play Dying Light 2 co-op

In the online menu you can choose Online Options to change your game settings from Singleplayer to Public (so any Dying Light 2 player can connect to your co-op session), Friends Only (anyone on your Friends List), or Private (invite-only). You can also see a list of friends so you can send them invites to fill your session or add them to a favorites list. There’s also a button in the online menu that lets you sign into Epic if you’re playing on Steam and vice-versa, so you can co-op with friends using other clients.

Clicking Quick Join will search for available sessions, and there’s also a ‘Call for Help’ option, which also appears on the regular in-game menu. This will send out a message to any friends in-game at the moment, allowing them to jump into your session and lend a hand. Sessions go on until the host quits, at which point everyone is returned to their singleplayer game.

When you’re playing co-op in Dying Light 2, anything you find, earn, or buy—weapons, gear, XP, skills, and cash—you keep. You take all of it back to your singleplayer game when you’re done playing co-op. Likewise, if you use consumables or break one of your weapons, returning to your singleplayer game won’t restore them. Gear and your character are both persistent between co-op and singleplayer, and any progress made in terms of your character stay with you.

Loot is local for each player, by the way, so you don’t have to worry about fighting over gear or grabbing loot someone else wanted.

How does Dying Light 2 co-op work?

You can spread out as far as you like during open world activities, but while you’re on a quest you’ll need to stay in the vicinity of your friends or you’ll be teleported to them. The host can also choose to teleport players to his location if they don’t feel like waiting for them to catch up.

Each co-op player has a total of three revives. If they drop to zero health while playing, other players have about 20 seconds to reach and revive them. Once a player has been revived three times, the next time they lose their health they’ll die and respawn at the nearest safe zone. They’ll then continue playing from there with three more revives.

If you’re playing a story quest or sidequest you’ll frequently come across dialogue options when speaking with characters. Each player can select the dialogue option they want, and icons will show which player has voted for which option. While it works well as a quick voting system, the host of the co-op session is the ultimate judge, and even if other players vote for one option the host can activate another.

Elden Ring Features A Map And Fast Travel From Almost

Horace is getting a physical release via Super Rare Games

Horace, the adorable platformer, is getting a physical release...