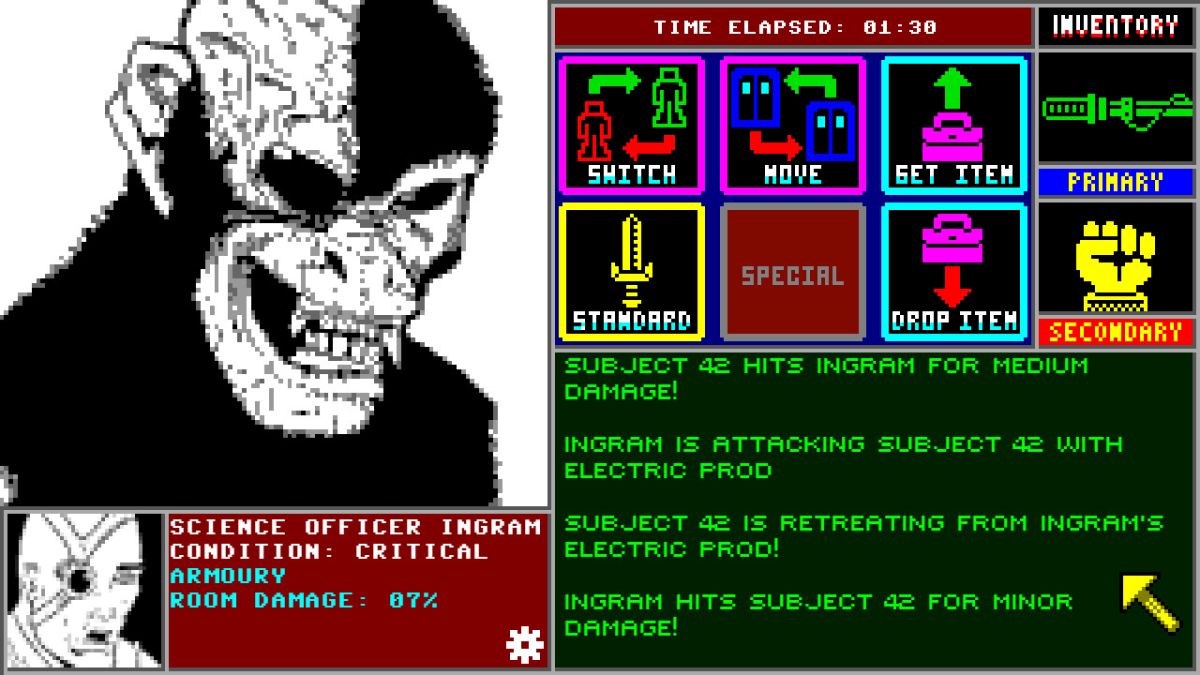 On an average day, about a dozen new games are released on Steam. And while we think that’s a good thing, it can be understandably hard to keep up with. Potentially exciting gems are sure to be lost in the deluge of new things to play unless you sort through every single game that is released on Steam. So that’s exactly what we’ve done. If nothing catches your fancy this week, we’ve gathered the best PC games you can play right now and a running list of the 2021 games that are launching this year.

This game has an impossible-to-ignore (at least for me) premise: a manic killer ape is wreaking bloody havoc on a starship, and you have to try to save your crew. To make that premise even better, Insanium is a real-time strategy roguelike with the graphical style of a Spectrum 48k game. It’s not just a human versus beast scenario though, because there’s also a secret agent onboard determined to stop you from hurting the ape, which is no normal ape: it is “stronger and more vicious than any human.” This is a videogame.

Here’s a game about controlling the ecosystem of an aquarium and / or terrarium. Creatura lets you evolve all manner of living things entirely from scratch, ranging single cell organisms through to “complex animals living in lush gardens.” In addition to programming these living beings (some of which involves using “an authentic DNA editor”) you’ll also have to manage the biome to make sure your lovelies survive. It looks like this game can be as simple or as complex as you want it to be, and will surely please fans of the god game genre.

If you’re after a schlocky and pulpy visual novel featuring zombies and talking cats, the ongoing Purffect Apawcalypse games have you targeted. Purrgatory Furever is the second following Love at Furst Bite, and it follows the usual visual novel template, just with an unusually garish art style and an alarming amount of cat-on-dog violence. Don’t worry too much though, because the dogs are actually zombie dogs, and part of the game is about figuring out why these dogs are now zombies. The Steam page warns that the game features “bifurcated dogs, headless dogs, generally dogs not having a great time.” They’re zombie dogs, though.

Here’s a pleasant little tile-swapping puzzler about saving houses from deadly wildfire. Basically, you have to shift tiles around in order to funnel the fire away from settlements, which is a pretty simple concept that—you guessed it—gets increasingly complex across its 120 levels. The game “explores how a small spark can quickly turn into a raging inferno and how easily forces of nature can spiral out of our control,” so reads the Steam description.

Yes, OpenTTD has been around for yonks, but now it’s on Steam. In case you’ve never heard of it, it’s basically an open source remake of Transport Tycoon Deluxe, which originally released in 1995. As the name implies it’s all about managing transport systems, ranging commuter trains through to heavy freight through to water and air vehicles. It’s a lot of fun, and the fact that it’s free feels almost scandalous. In addition to the usual single-player offering, OpenTTD also has online and LAN support for PvP and cooperative play.

These games were released between March 29 and April 5 2021. Some online stores give us a small cut if you buy something through one of our links. Read our affiliate policy for more info. ‌

Previous articlePretending to be Pixar in 3D Movie Maker, Microsoft’s weird
Next article'Some' Bethesda Games Will Be Xbox/PC Exclusives Under Microsoft

The hilarious looking Tux and Fanny is out now

When it comes down to it, Enter Digiton: Heart...