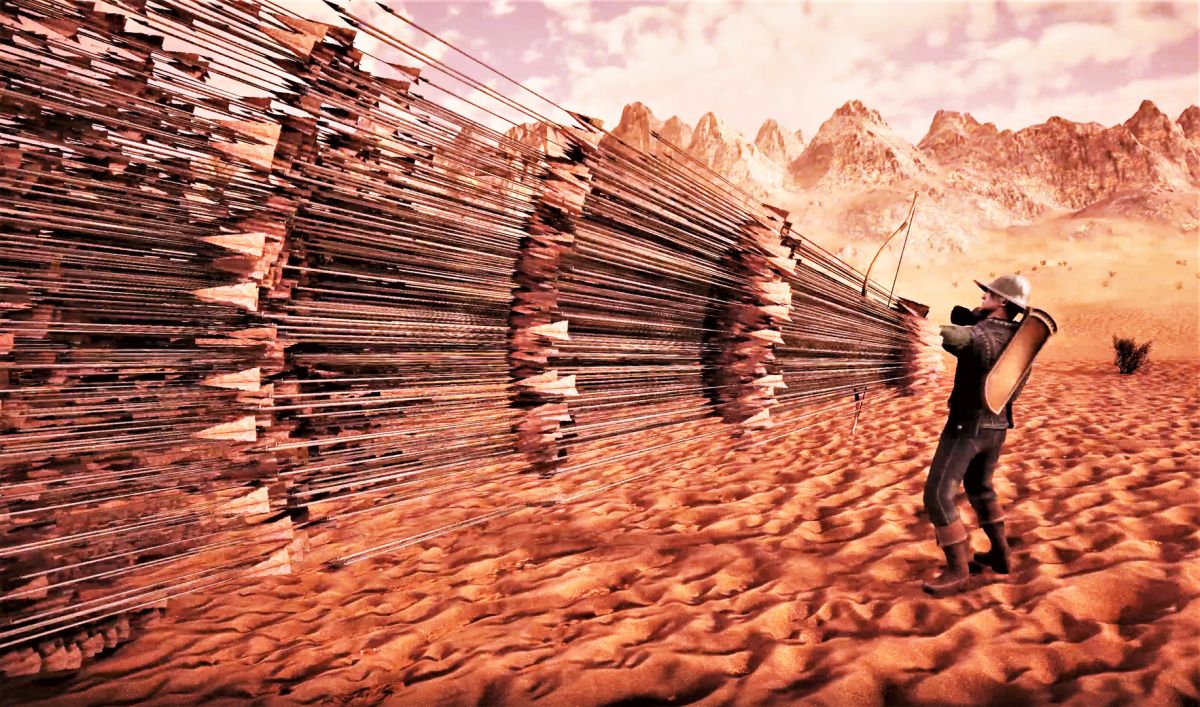 On an average day about a dozen new games are released on Steam. And while we think that’s a good thing, it can be understandably hard to keep up with. Potentially exciting gems are sure to be lost in the deluge of new things to play unless you sort through every single game that is released on Steam. So that’s exactly what we’ve done. If nothing catches your fancy this week, we’ve gathered the best PC games (opens in new tab) you can play right now and a running list of the 2022 games (opens in new tab) that are launching this year.

Here’s a sequel to the game that let you pit thousands of hapless AI against one other, just to see what happens. Launched into Early Access last week, Ultimate Epic Battle Simulator 2 adds—or will add—quite a few appealing new features to the formula, including actual story campaigns, the ability to take part in battles from a first- or third-person perspective, and even “100 times more characters on screen than its predecessor”. Phil reviewed (opens in new tab) the first game back in 2017, finding that once the novelty of sending thousands of ridiculous enemies to the slaughter wore thin, so did the game in general, but it sounds like UEBS2 will be a little more feature rich when it launches out of Early Access later this year.

Another Early Access game, Achilles: Legends Untold is an isometric action RPG, but don’t expect mindless Diablo-style clicking, because this is apparently a Souls-like take on the genre. Heavily influenced by Greek mythology, you play as Achilles as he roams a varied, fantastical world, taking down trolls and giant lobsters, all of whom are apparently a bit smarter than you’d expect in this genre, thanks to the game’s “Group AI Action system” which can see foes collaborate to take you down. All the other genre staples are there: unwieldy skill trees, plenty of crafting, and a helluva lot of loot. Full release is expected some in time in the first quarter of 2023, and it may be worth waiting, as according to early user reviews the current build is a little buggy.

The Centennial Case: A Shijima Story

The Centennial Case is a time-travelling FMV adventure directed by Koichiro Ito, writer of the “live-action visual novel” 428: Shibuya Scramble (opens in new tab). It’s a detective story, essentially: you play as mystery novelist Haruka Kagami who is, for some reason, tasked with solving four murders that have affected the Shijima family. These occurred in 1922, 1972 and 2022, so expect a little bit of costume drama as you gather clues and puzzle over evidence. Yes, it’s a FMV game, but like some of the best examples from the 1990s, this isn’t a simple ‘choose your own adventure’ style experience, borrowing as it does problem-solving elements from the Sherlock Holmes games, or L.A. Noire.

Being in control of a nuclear reactor probably pays extremely well, given the stakes. But what if you had no experience at all, but were suddenly tasked with averting wide scale nuclear disaster? That’s what Save the Reactor is all about, and honestly, it looks extremely stressful: even the game’s Steam page mocks the notion that this game is about “having fun”. It’s a “hardcore point-and-click simulator” about not only figuring out what a huge and complex control panel does, but also learning enough about it to save yourself (and presumably, a sizeable chunk of the surrounding world). Not for the faint hearted, or for anyone turning to videogames as a way to de-stress.

Songs of Conquest is a turn-based strategy game with a rich pixel art style, coming across as a more painterly take on Warcraft 2.  After choosing from one of four factions—all eternally at war with each other—you’ll roam some gorgeously colourful maps acquiring resources, strengthening your settlement, and inevitably, engaging in skirmishes against your enemies. This is an Early Access affair but it’s very close to feature complete, and there’s even online multiplayer and a level editor, so if you take to the world of Songs of Conquest, there will be little reason to leave it for a long time to come.

Image: Nintendo LifeThis is Miyamoto. Please understand that the following information from Ollie-san is based on a leak...
News

If you’re excited about the new Saints Row, which was delayed last year to its new August 23 release...

People can get a better look at the Madara...

On this week's very special episode of IGN's PlayStation...

Is this fan-skewed fighting game too strange to live...