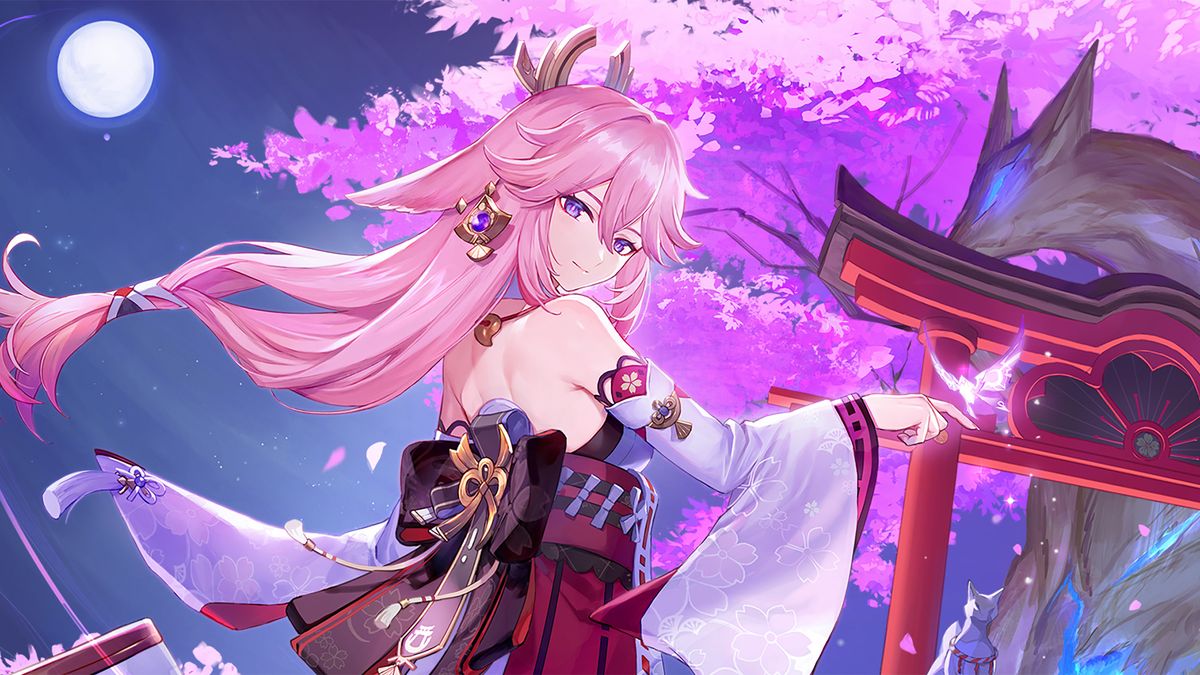 Genshin Impact’s 2.5 “When the Sakura Bloom” update has fans of the game losing their minds over its three new characters, one of which is a weekly boss. New characters show up in the anime gacha game all the time, but the 2.5 update, set for February 16, confirms popular leaks of some of the most anticipated ones.

Yae Miko, the pink-haired fox lady, will finally be playable as a five-star Electro Catalyst user.  We’ve met the intimidating woman before and have seen some of her AoE-based moveset in leaks, but with today’s livestream, it’s all official. Her banner will be available for the first half of the update.

Yae has been long-awaited by fans, largely because of her influence in the story and connection to another popular character from the Inazuma region, Raiden Shogun—who is also the character many fans pair up with Yae in one of the game’s most popular ships. The livestream also announced that you’ll be able to reroll for the Raiden Shogun after the Yae banner, which is particularly rude for anyone trying to pick them both up without spending any money.

It isn’t just playable characters that have Genshin players drooling though. A multi-armed and horned version of the Raiden Shogun will be a weekly boss. Leaks suggest she’ll be tough to beat with six phases, but everyone seems to be lining up for a chance to meet her.

In response to a video of the boss fight with the Shogun, people are talking about how upset they are that this aggressive version of the character isn’t the one we get to play as. “This is literally ‘the boss character when you fight her’ and ‘when she join you’ meme,” Reddit user Aengeil wrote in a reply. The boss version of the Shogun retains the same face as the Shogun we already have, but is otherwise much closer to the Honkai Impact 3rd character she’s based on.

Kamisato Ayato, the brother of Kamisato Ayaka, also made an appearance in the livestream, although he won’t be playable until the next update. Ayato has been rumored for a long time and all I see are people making fun of the pose in his official art. A few artists have drawn him pulling a sword out of his chest like the Raiden Shogun’s signature ability and calling it fixed. There’s not a ton to go on outside a bit of text in the announcement, so many people are theorizing what it’ll be like to actually play him and what his role in the current story will be.

Outside the new characters, the 2.5 update promises a reason to return to the Enkanomiya region to battle with new enemy types while fighting off “corrosive darkness” with a new item. A new bartending minigame was also teased, which will have you mixing ingredients and performing a short QTE to mix the drink. There’ll be plenty to do in the new update later this month, but, as with any new Genshin release, people are mostly wishing each other luck on pulling the pretty new character.

The iconic actor shares his approach to adapting Ian...