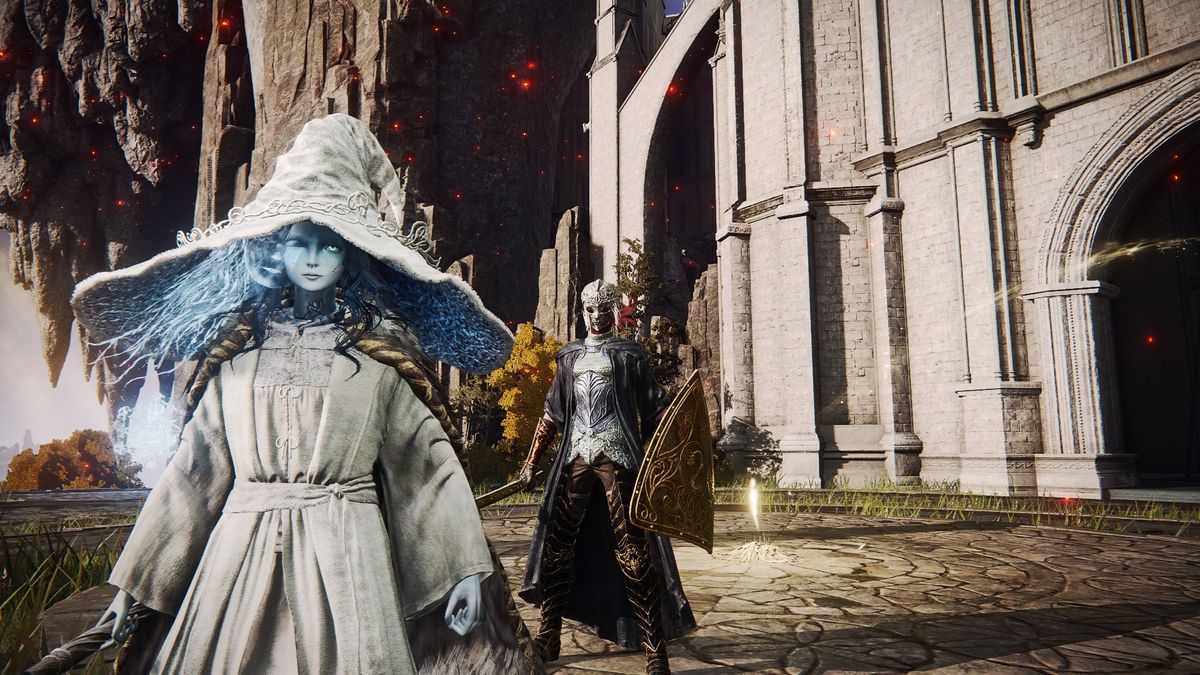 A pretty slick mod for Elden Ring (opens in new tab) turns some of the fan-favorite bosses and NPCs into summonable companions, tweaking the range of areas where you can summon a spirit so that they become Skyrim-style followers rather than occasional allies like the default spirit ashes. (opens in new tab)

So if you’ve ever wanted characters like Melina, Sellen, Millicent, Ranni, or Blaidd the Half-Wolf to hang out with you as you tromp about the lands between, well, now’s your time. Rebalancing and empowering these characters in unique ways, modder Satoshi98 has given them behaviors and powers more appropriate to the general Elden Ring experience rather than how they appear otherwise, and they don’t have the glow of spirit ash summons either.

Perhaps odder, however, is the range of other characters modder Satoshi98 has added to Elden Ring as buddies—lots of the bosses, mostly. Characters like Malenia, Radagon, a Crucible Knight, or even more obscure—how about summoning big monsters like Malenia’s Goddess of Rot form, or Morgott, the Omen King? How about giant muscle-bound Godfrey or Maliketh, The Black Blade?

If you’re curious, well, you can find the NPCs and Bosses Spirit Summons mod over on nexusmods (opens in new tab) ready for download. To get the new friends, you can buy them from Miriel at the Church of Vows. This is just the latest in good mods for Elden Ring (opens in new tab), to be honest—like that one turning the game into a seamless co-op adventure. (opens in new tab)

Elden Ring has been much in the news lately, which I guess shouldn’t surprise you if you’ve heard that it sold over 13 million copies in the first five weeks of release. (opens in new tab)

A pretty slick mod for Elden Ring (opens in new tab) turns some of the fan-favorite bosses and...
Nintendo

Vesper: Zero Light Edition grabbed me early with its striking presentation but gradually lost me with its time-restricted...
News

Niantic Labs is no stranger to cute creatures featured in AR mobile games; it popularized the genre with games...

Image: CapcomAs great as the Street Fighter series is,...

Check out the full cinematic trailer for the upcoming...

Cybernetic, Ninja Warfare like you've never seen it before...