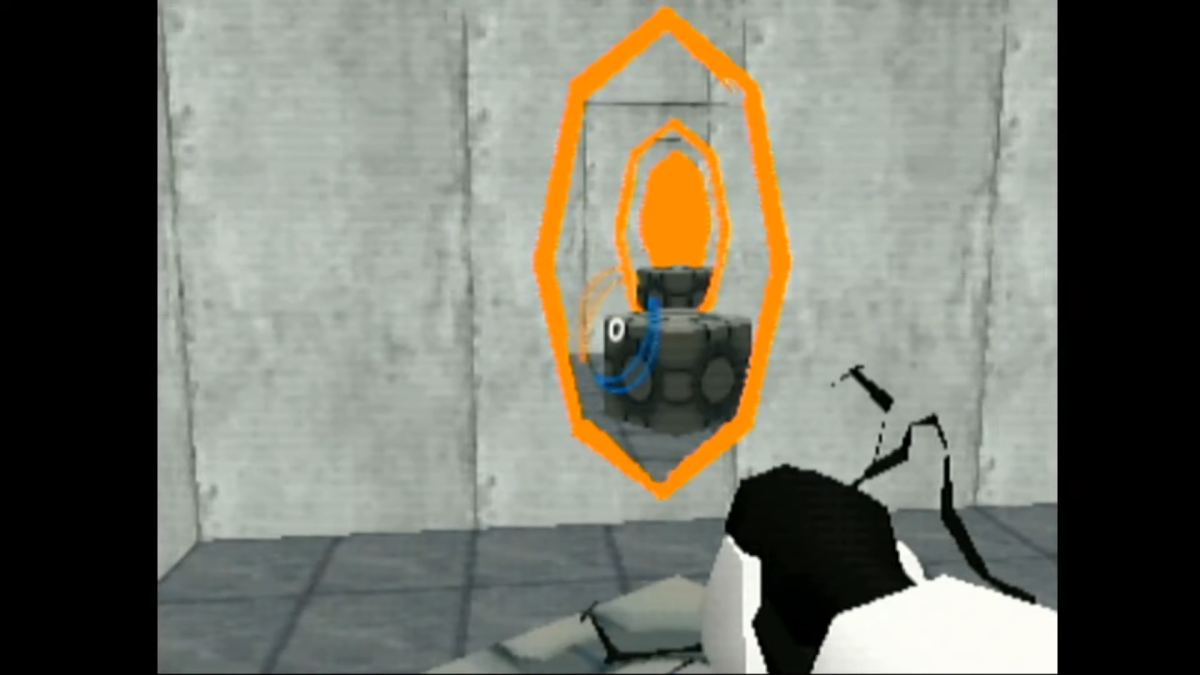 Demakes are super fun and cool, as most recently was exemplified by Bloodborne PSX (opens in new tab), a demake that captured the imagination of lots of us. Well, here’s my new obsession to watch: Programmer James Lambert is working on a demake of Portal that runs on real N64 hardware.

The jagged-edged polygons of Lambert’s portal demake are a delight to watch, and this is the first video to include a working portal gun—just a month ago he had little more than graphics. Over the course of the latest video, which highlights the portal gun itself, Lambert’s most entertaining gag is figuring out how far he can go with recursive rendering in the portals.

“I can actually go up to four [layers] right now,” he says at one point, before cutting in footage where… he has five portals… then six. It is, frankly, shocking that this kind of rendering even works on the N64. It then becomes more shocking as he renders 14 layers of rendering, where the portals at the far end are barely larger than a handful of pixels.

It’s an interesting project, and I think one to keep your eye on if you like these kinds of demakes and the programming shenanigans you pull off to get various things working. You can keep your eye on what Lambert is doing via Youtube (opens in new tab), and you can also check out the code he’s using on GitHub, (opens in new tab) where it’s clear that he’s long done projects in and around the N64 software space.

Sockventure begins with a mum asking her child to...

In 1996, the survival horror genre was established with...

Square Enix will be airing a special "UG...

When the Deltarune Chapter 2 release date was announced,...