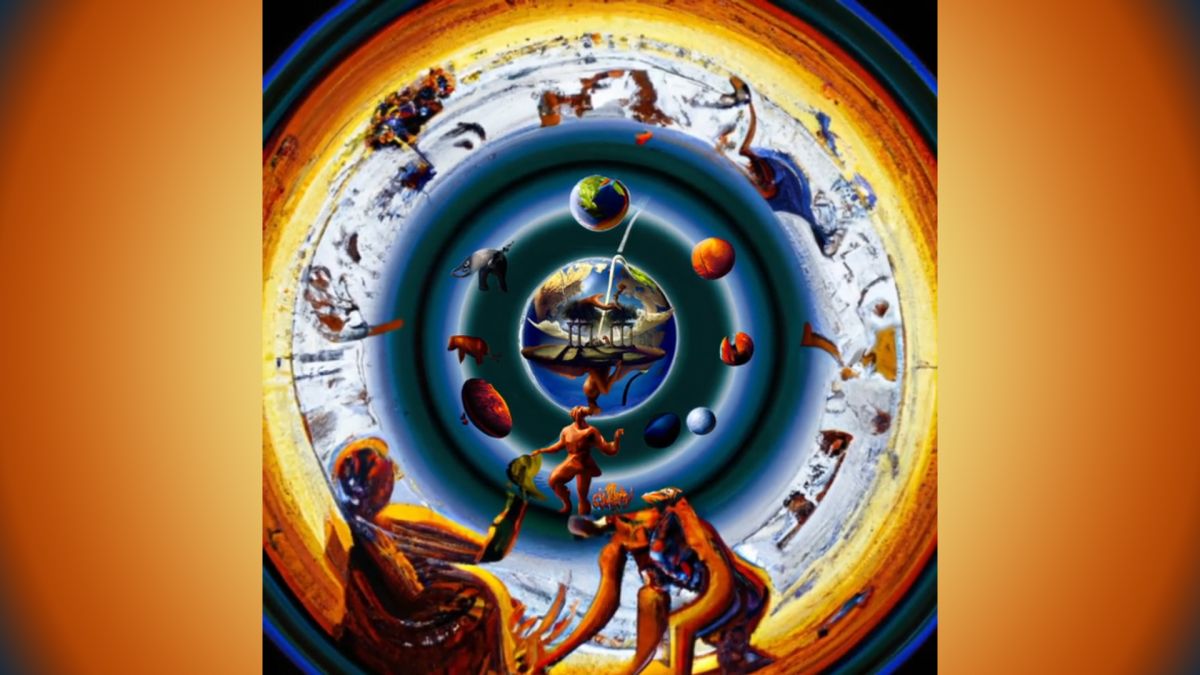 Have you ever considered the nature of the universe beyond the Judeo-Christian concept of creation? I know, this is a gaming hardware post, but bear with me. Somehow Dall-E has made me question the fabric of reality and I just needed to share it with you all, so I’m not alone in my existential crisis.

The Dall-E mini (opens in new tab) trend has been making waves across the web, showing up at all corners of social media to morph disparate subjects together and to imagine what might have been. We even commissioned it to design an 800W RTX 4090 (opens in new tab). Basically it’s become something of a trend to have AI generate cursed scenes and things that never existed.

Now we have Dall-E 2 (opens in new tab) slowly rolling out to the public, which is a little more advanced than its mini sibling. Not only can it edit images pretty well (opens in new tab), it has the ability to extend images by generating what it thinks should logically sit beyond the image’s frame. We’d asked AI about the nature of the universe before (opens in new tab), but I’d never considered asking an AI to use this format to speculate on what’s out there.

And yet hat’s exactly what one Reddit (opens in new tab) user did with Michelangelo’s famous Sistine Chapel fresco painting, The Creation of Adam. Brought to our attention in a Twitter post (opens in new tab) by FLKDayton, Dall-E has made some pretty far-out predictions of how the image should be completed. We suppose they ran the algorithm a good few times to get it from where the original poster cut the image off, to the end of the zoom.

This was made using the DALLE-2 neural network to extend Michaelangelo’s creation of Adam. pic.twitter.com/sIfTEjXgwOJuly 2, 2022

They actually cropped the painting just short of God’s face, leaving only a cherub poking its head in. Their likeness morphs into God’s body and now God is a big baby. Already the chaos is set to 100, and a glance at the new Adam didn’t give me high hopes for the rest of the video. Boy did I underestimate this AI.

Beyond that, a flying amorphous creature shoots light rays into the scene, as a disembodied hand springs from black clouds above it. The scene appears as a discworld, superimposed onto a globe, and is being held up by a strange humanoid with a torso for a head.

Zooming out, an array of strange planets and one elephant-like creature surround the globe, which all sit within the crust of what looks like the cross section of a planet, and a scene that appears to depict the creation of fire. Stranger planets still surround that scene, and all this is housed inside a clock-like device, and another amorphous humanoid (with pretty great pecs) hovers over it.

The zoom culminates by showing the bright yellow square of wallpaper it’s on, dotted with uniform circles of abstract colouring. That’s surrounded by the kind of unidentifiable knicknacks you’d find on your Granny’s shelf, and it all ends simply with a table spread.

That surreal run up to just a slightly uncanny, alien buffet at the end makes me feel all strange inside. It’s like the fever dream of some opium-addicted Cosmologist.

The video is gaining a lot of attention on Reddit, where the comments are priceless as always. They range from criticising people for putting stock in randomly generated art—which was of course met with praise for our lord and saviour RNGsus (opens in new tab)—to references surrounding the great Flying Spaghetti Monster, which in turn raised a highly appropriate Carl Sagan quote:

“If you wish to make an apple pie from scratch, you must first invent the universe.”

It’s always strange to consider what lies beyond our observable universe, but when an AI can call it all into focus in such an eerily appropriate way it really gives me shivers. Perhaps all that we know and more did spring from the buffet spread of some alien race.

Hey PlayStation Nation! The launch of Rumbleverse — the...

Tragically, I have returned to The Lands Between. After...

Become a Samurai Survivor with the free Dying Light 2

Even though Dying Light 2...

The No Man’s Sky Sentinel update...