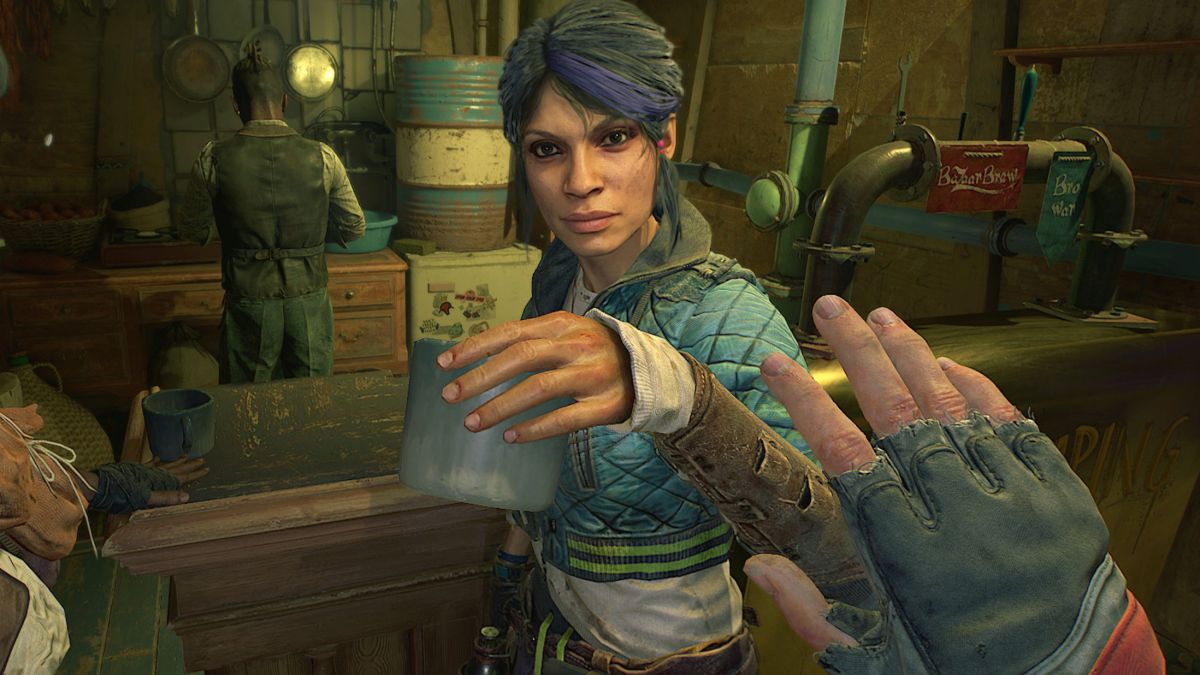 Note: There are some spoilers for Dying Light 2’s story below.

It happens in games sometimes. You’re a hardy hero, capable of withstanding bullets, explosions, poison, fire, and broken bones, plus countless blows to the body and head. And then a cutscene comes along and whammo—someone bonks you on the noggin with the butt of a rifle or kicks you in the head with a booted foot and you’re knocked unconscious, despite the fact that you’ve taken far more damage in dozens of battles. Usually, you wake up groggily somewhere else, often with a villain peering down at you, ready to monologue.

Much as I enjoyed Dying Light 2’s free-form parkour and crunchy combat, I didn’t care much for the story, and that story is told through a lot of cutscenes. And boy howdy does our hero Aiden get knocked out a lot in cutscenes. I was counting at one point and I lost track at around six or seven knockouts. There were more. Aiden gets cold-cocked. He gets clonked with a weapon. A zombie knocks him off a building and a crate lands on his head. On several occasions he simply passes out.

I admit knocking out a hero is an effective way to quickly switch to a different scene or let some time pass, but it happened so many times in Dying Light 2 I started to get paranoid. On a number of occasions other characters offer Aiden a drink during a cutscene, and I turned them down each time because I was afraid they might be trying to drug me. I stayed sober for the entire game simply because I didn’t want Aiden to get knocked unconscious yet again.

Speaking of which, it’s actually really nice that you can decline drinks in Dying Light 2. It almost always gives you the choice to say no thanks, which I think is cool. While I’m at it, there are other nice features of Dying Light 2’s cutscenes, like that hitting Escape will pause them, not end them, which I also appreciate. You can move the mouse to look around and right-click to zoom in on the person you’re talking to, which is unnecessary but fun in a Kojima sort of way. And tapping the spacebar will instantly skip to the next line of dialogue, so if someone’s story is making you impatient (it happens plenty) you can skip ahead a bit or quickly reach the end of the scene.

But amidst these convenient features there are cutscene crimes I consider more serious than being knocked unconscious. There’s something that happens even more frequently, to the point that it became extremely funny to me as the game went on.

It’s the sheer amount of times Aiden is sucker-punched in cutscenes. I’d be talking to someone, and then bam, they’d punch me right in the mouth. No option to block it. No way to avoid it. It happened so often I started to warn Aiden (by yelling at my screen) but to no avail.

A few of the sucker-punches are legit. Dying Light 2 is full of NPC betrayals and story twists, and it’s not uncommon that a seemingly friendly NPC will suddenly reveal themselves to be a scoundrel. Depending on the dialogue choices you make, a conversation can abruptly turn from friendly to threatening, and the scene might end with a character delivering a punch to Aiden’s chops, followed by a fight. I can accept that.

But there are far more times where Aiden’s guard should be up. When talking to bandits and renegades, for instance. These are people who are by default hostile, and while that doesn’t mean a conversation between us shouldn’t happen, it does mean that Aiden should know the encounter is going to end with a bloody brawl. But he somehow never learns that. At one point after repairing an electrical station, three renegades walk in, one dressed as an enormous bird. (Which also made me laugh.) They threaten me, I threaten them, and this is very clearly going to result in a battle to the death. But Aiden stands there in that cutscene until the giant bird man punches him in the face. Only then does the fight begin.

What are you doing, Aiden? You have a dodge skill. I’ve used it countless times. Why the hell did you just take that punch? It happens again and again, Aiden talking to known enemies and the scene ending with the guy delivering a haymaker into Aiden’s gobsmacked mug. Move, man. You spend all of your free time moving, it’s the only reason you’re still alive. Stop being flat-footed in conversations with masked psychopaths.

All the sucker-punching to Aiden’s clueless face ties into the final crime of Dying Light 2’s cutscenes: Aiden acting like he has no idea what a zombie is. At one point, while traveling through a dark, spooky tunnel with a companion, we stop and chat and a cutscene begins. There is a horrifying zombie scream from somewhere in the tunnel. Aiden seems unsure if it’s a zombie scream, despite living in a zombie apocalypse for his entire life, and decides to “go check it out” leading to a very unpleasant situation. What a dope he is, our Aiden, in cutscenes.

In another cutscene, something begins pounding on a heavy steel door. “What the?” Aiden says.

What do you mean, “What the?” Is the complete sentence “What the hell is that?” You know what that is. It’s another zombie. We’ve been surrounded by damn zombies for hours. “What the?” should no longer be in your vocabulary, Aiden.

Then he stands directly in front of the door that’s being pounded on instead of, oh I don’t know, immediately scampering up to the top of whatever happens to be around, which is what I’ve been making Aiden do since the very beginning of the game. Is something scary happening while I’m in control of Aiden? Then Aiden climbs the tallest thing that can be climbed as fast as his little footies and fingies will allow.

But no, since he’s in a cutscene, Aiden stands there in front of the door the zombie is pounding on until the door flies off and hits him in the face. It’s the most unforgivable of all the cutscene sucker-punches because it’s a sucker-punch from a door. It’s downright criminal.

The Steam Deck, despite its handheld form factor, is...

Welcome back to IGN Game Scoop!, the ONLY video...

The prequel, which explains the events leading up to...