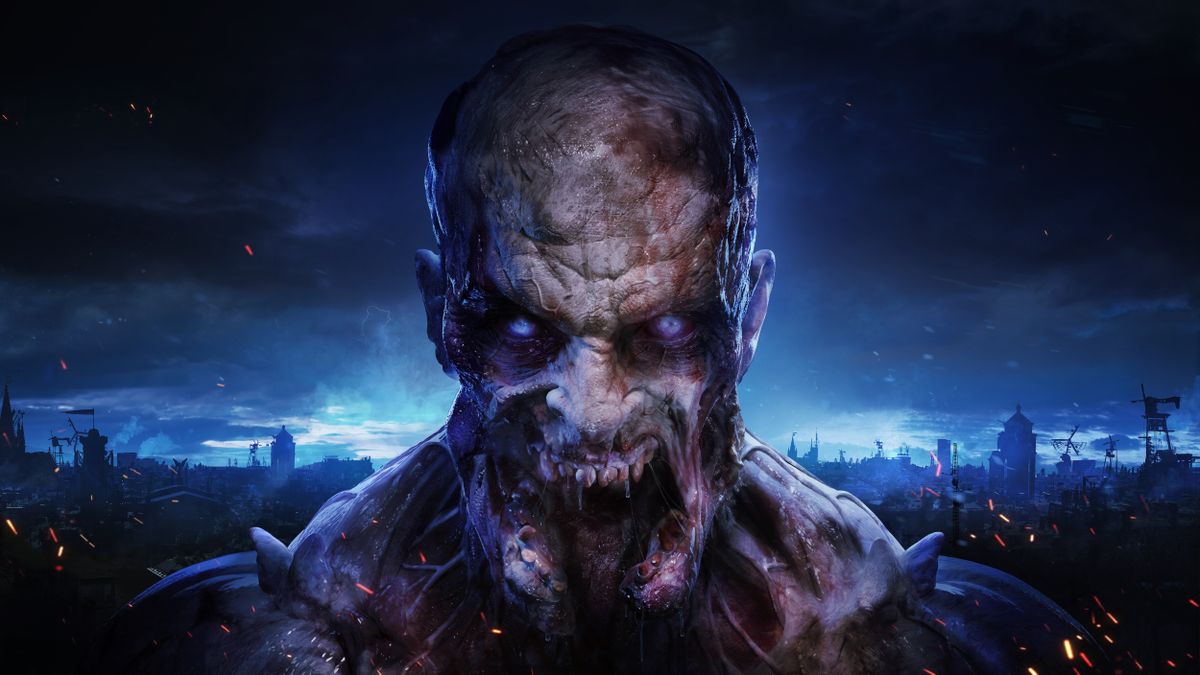 I’m still not sure if I’m into Dying Light 2, but I do know that I love the parkour. Bounding across this post-apocalyptic city scratches an itch that’s been mostly left to fester since Mirror’s Edge. But in trying to convince our features producer, Nat—another Mirror’s Edge fan—that this is the case, I’ve realised that it’s a hard sell, mainly because Techland wants everyone to work for a very long time to get to the good stuff.

Despite Dying Light 2’s supremely basic protagonist, Aiden, being an experienced survivalist who’s travelled all over the place since the zombie apocalypse began, he starts out as a bit useless. Because Dying Light 2 is an RPG. God, I wish it wasn’t.

When you look out across the city, it’s brimming with potential. Get your binoculars out and you’ll be able to see all the area’s points of interest, allowing you to chart a course through the derelict, zombie-infested environment, leaping across gaps, climbing up drain pipes, experiencing true freedom. But not really, because it’ll be dozens of hours before you get your hands on the abilities that make traversal a joy.

It’s incredibly disappointing. And we’re not talking about flashy, advanced stuff like grappling hooks. Would I have liked to grapple my way around the city straight away? Of course. Would it be a better game? Absolutely. But I understand the desire to hold some things back, to give players stuff to get excited for even after 20 hours or more. What’s wild is that even incredibly basic moves are locked behind an XP grind.

What’s wild is that even incredibly basic moves are locked behind an XP grind.

Sliding, backstabbing, parrying, even jumping just a bit higher than a normal person—all of this must be earned by performing tasks that you just know would be so much more fun if you weren’t level 1.

Dying Light 2 already has a bunch of progression systems, so Techland is well aware that there are other ways to keep players on the hook without resorting to the dreary task of watching an experience meter slowly increase. The entire RPG side of things is really just bloat. There are even classes, sort of, with gear being designed for specific roles, like healer and tank, which feels ridiculous in a game about jumping across buildings and smacking zombies. It’s all just so unnecessary.

This is what happens when massive games are put on a pedestal. Everything has to be hundreds of hours long, apparently, or else it’s bad value for money. And seemingly the only way to make a game that massive is by padding it out. The cynic in me wants to believe that this is the only reason it’s an RPG, but Dying Light has always tried to be one, just like Dead Island before it. This is just Techland being fixated on something that’s become a weight around its games’ necks.

A decent Dying Light RPG isn’t outside the realm of possibility, but this one’s just taken all the wrong lessons from the genre, lifting concepts like XP and levels and quests without really considering what role they play. Dying Light 2 is a game that just loves systems, throwing them in with wild abandon, regardless of how they fit into a cauldron overflowing with bullshit. And few of these systems really stand up to scrutiny. Techland sure has crammed a lot of stuff into this game—as is the open world way—but individually few of these things are within spitting distance of compelling.

The marketing makes a big deal out of the creative potential of the sandbox and the interesting choices you have to make, but none of that is evident—at least not until you’ve put in the time. And the moment-to-moment choices, like what ability to pick next, just aren’t very gripping when you’re sifting through really simple stuff. Sure, I really like being able to jump a wee bit further, and I breathe a sigh of relief whenever I unlock another crucial combat ability, but only because Dying Light 2 just isn’t nearly as much fun without them.

You’re constantly being reminded that there’s lots of fun to be had, too. The city is a brilliant parkour sandbox, but it’s designed for a character who can clamber around like Spider-Man, slide through wee gaps and make impossible landings without breaking a sweat—none of which you’ll be able to do for a bewilderingly long time. It makes the entire levelling system feel like a gargantuan tutorial, preparing you to play the real game, the fun game, 20 or 30 hours down the line.

The city is a brilliant parkour sandbox, but it’s designed for a character who can clamber around like Spider-Man.

It’s so dispiriting to approach a bunch of zombies with a plan and then realise you can’t do it because you’ve not got the right abilities. Both the parkour and violent encounters are essentially puzzles for you to solve, but you’re not given the tools to do so. It’s like having to grind to get access to the letter A in a crossword.

The parkour still feels good from the get-go, mind, but it’s impossible to not notice you’ve been hobbled. For all the times that you’re rushing across rooftops with seemingly unbreakable momentum, there are countless more where you have to stop because you can’t slide under a broken wall yet or you’ve encountered a jump that you’re not yet capable of making. And these aren’t Metroidvania-style obstacles where the game is trying to nudge you in a different direction until you’re able to overcome them—you can still get under that wall by crawling and get across that gap by climbing down to ground level, but there’s no pleasure in it. You’re just playing a shittier version of Dying Light 2.

It’s an even bigger problem when it comes to fights because the combat foundations are terrible. You just flail around until your stamina runs out or a zombie stops getting up. It’s utterly joyless. Pretty early on you can leap off a stunned enemy and knock another one down with a flying kick, which is a laugh, if a bit awkward, but other than that you just have a basic dodge, block and a single attack. I must have played for 10 hours before I got even a simple power attack.

By the time things started coming together—and to be clear, I’m still missing plenty of important abilities and definitely notice their absence—I’d been considering packing it all in. I’m glad I stuck around, because there’s a lot of good stuff buried under the bullshit, but I doubt I would have bothered if it wasn’t for the promise of sweet, sweet Content. I no longer have the patience for games to eventually get good. I cut out that part of my brain after Final Fantasy 13.

So please, Techland, if we do get a Dying Light 3, don’t make it another RPG.

Monster Harvest is a monster collecting and farming action...