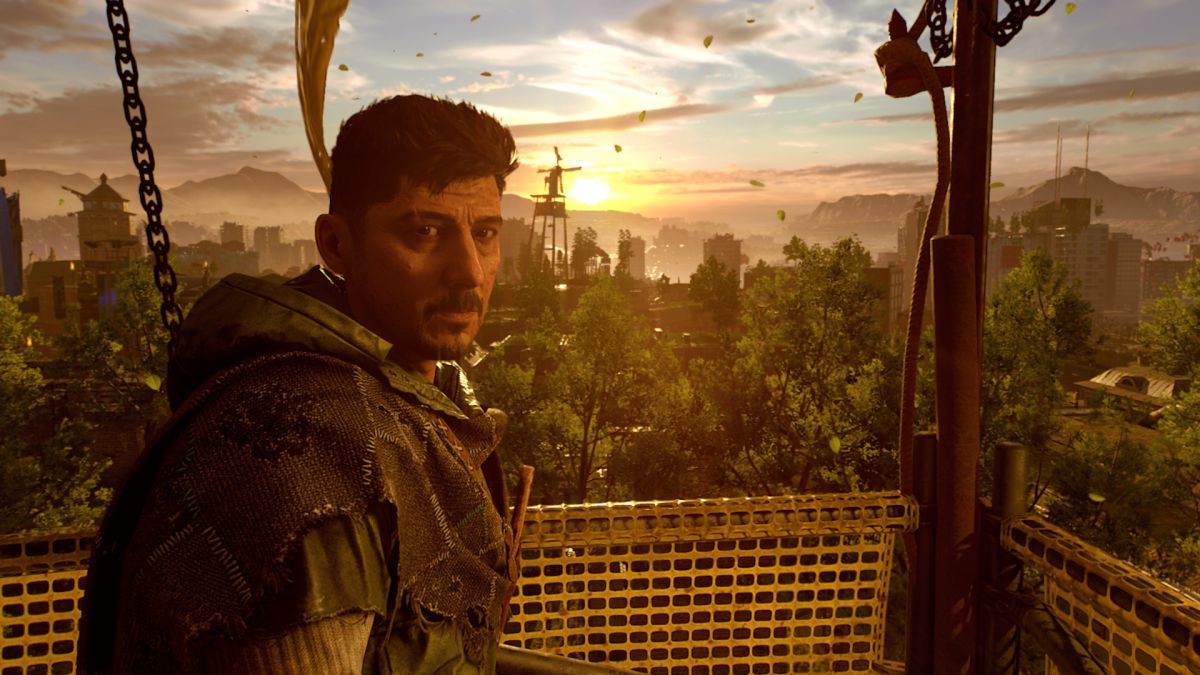 Update, February 10: Techland has released a new patch for Dying Light 2 which means it’s safe to turn on DLSS again. I’ve checked out the new fixes and the game looks measurably better with DLSS enabled now, and far more like the latest implementations of Nvidia’s upscaling that we’ve seen in other games.

So yeah, I’m going to switch back to DLSS from FSR on my Nvidia GPUs.

Original story, February 4: Yeah, I’m shocked, too. I’m actually going to nix DLSS in favour of AMD’s FSR even when playing Dying Light 2 on an Nvidia GPU. And I never thought I’d say that about any game when the red team first released its spatial upscaler. DLSS has historically been the better-looking solution, but with Dying Light 2 it’s the first time I prefer the look of AMD’s tech.

Throwing the Radeon RX 6500 XT and GeForce RTX 3050 at Dying Light 2 I’m both impressed by how well you can run the game on the two cheapest GPUs of this generation and surprised by my preference for the look of AMD’s FidelityFX Super Resolution (FSR) over Nvidia’s Deep Learning Super Sampling (DLSS).

Dying Light 2, however you feel about the runny jumpy zombie antics, is a pretty ol’ game. It’s also rather graphically intensive, to the point where we’ve struggled to get anything like playable frame rates out of even a GeForce RTX 3080 at high 4K settings. But we’ve still figured out Dying Light 2’s best settings to tweak for your setup.

But, with the launch of the first two budget graphics cards of this generation—the RX 6500 XT and RTX 3050—I wanted to see how Dying Light 2 fared on the lowest-spec silicon released from AMD and Nvidia this year. And, somewhat surprisingly, the results are actually pretty impressive.

This is a modern open world game, with dense urban environments, long draw distances, a whole lotta foliage, and a whole lot else going on, too. And yet both AMD’s cheapest RDNA 2 card and Nvidia’s most affordable Ampere GPU are able to offer playable frame rates at the highest standard settings.

And by ‘standard’ I mean without ray tracing turned on, because that pretty lighting stuff will generally brutalise a budget GPU. Well, generally.

But whether or not you care about realistic lighting effects, the best way to get gaming frame rates out of these two graphics cards is through the magic of the respective companies’ upscaling technology. And Dying Light 2 offers both DLSS and FSR, as well as its own Linear upscaling, too.

That means we get to test DLSS and FSR cheek-by-jowl on both the new GPUs, as well as see how the upscalers look on one card.

But first, how do they perform?

If you want to play Dying Light 2 with the bottom-end Radeon GPU then you absolutely have to enable FSR, at least if you want to play on the ‘High’ preset with anything like a playable frame rate. At 51 fps at 1080p the game is eminently playable, even if it doesn’t hit the generally desired 60 fps minimum folk have in their heads.

I went through the first five hours of the game at just under the 60 fps threshold and didn’t have an issue. When you get into the main open world area, with all its zombie-punchy parkour-y goodness, however, you may feel like you need a higher frame rate.

Which is why I’d also say that the RTX 3050 needs upscaling to be fully playable at High 1080p settings. At its 52 fps base it was fine to start with, but enabling either DLSS or FSR punches that figure to 67 fps (that’s with DLSS, while it’s actually 66 fps with FSR, but who’s quibbling over a single frame?). At that level you’re getting a great-looking game, playing at a robust frame rate, that won’t leave you dangling off a ledge because of some random stutter.

Single digit frame rates are a slideshow, not a game

DLSS also allows you to indulge in a little ray tracing, if you’re willing to drop below that 60 fps marker. Considering this is a nominally $250 GPU, the fact it’s able to offer the 44 fps at the top High Quality Raytracing setting in Dying Light 2 is damned impressive.

Sadly FSR cannot be the silver ray tracing bullet for the RX 6500 XT.

AMD’s low-end RDNA 2 card simply doesn’t have the grunt to be able to handle both the demands of rasterized rendering as well as ray traced lighting. Whatever AMD wants to say about the architecture’s ray tracing silicon, it only ever really feels like an afterthought on a Radeon GPU. Even with a Radeon RX 6900 XT we probably wouldn’t ever bother enabling ray tracing, and that was a $999 card at launch, so you can imagine how we feel about a $199 attempting it.

Actually, you don’t have to imagine, just look at the ray tracing performance figures—single digit frame rates are a slideshow, not a game.

So, that’s the raw performance numbers, but why am I erring on the side of FSR when DLSS will allow the RTX 3050 to do ray tracing? Simply because I’m not going to be enabling ray tracing on the RTX 3050; it’s still not really a level I’m comfortable playing at full time. Though if I were, or I was running an RTX 3060, you will actually see higher frame rates using FSR and the HQ raytracing settings than you do with DLSS.

When you’re running at standard settings, however, both FSR and DLSS deliver the same essential frame rates to the budget GeForce card. So then it just comes down to individual preference in terms of how they look.

On that front, I’ll admit, it is close. And DLSS does some things very well, but there is an overall muddiness in motion to the image with Nvidia’s upscaler that reminds me of the first-gen iteration in something like the original Metro Exodus. There are times then where FSR on the Nvidia card just looks better, sharper, and more detailed.

But it doesn’t always. Dying Light 2 has a lot of tall buildings in it, and those tall buildings have sharp lines and straight edges, but neither upscaler seems particularly comfortable with that. Despite running with the highest anti-aliasing settings, you get very noticeable jaggies with either DLSS or FSR, and they are quite obviously worse with AMD’s solution.

So yeah, if jaggies are a deal breaker for you, then DLSS is still the upscaler to go for. When the game’s in motion it doesn’t bother me, but also some of you may simply prefer how the Nvidia upscaler looks in general. When they offer the same performance it does become a subjective experience. But, for me, I’m actually still sitting in camp AMD here with FSR.

Though I still not going to be convinced to use its GPU, that thing is weeeeeeeeeeak.

If you skim the list of Valheim mods you'll...

Our bodies may exist to provide a bridge between...

Travis Touchdown's return slays in action and presentation, while...