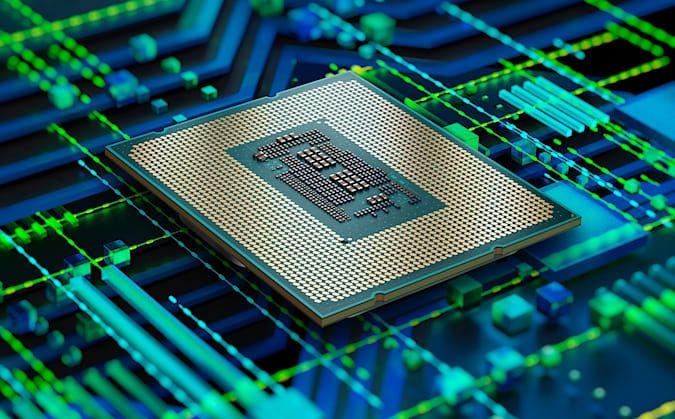 The rumor mill is in overdrive right now. Whether it’s CPUs, GPUs or motherboards, we know for sure that the back end of 2022 is shaping up to be absolutely mega for PC enthusiasts.

Intel is getting ready to launch its 13th Gen Raptor Lake CPU range and accompanying 700 series motherboards. Being based on the LGA 1700 platform, with back compatibility with 600 series boards confirmed (opens in new tab), we have a good idea of what to expect as far as features go. But less clear is that despite the platform supporting PCI Express 5.0, confirmation as to whether 700 series motherboards will support PCIe 5.0 M.2 drives is less certain.

According to a picture leaked from a presentation at an Intel NAS workshop in China (via @9550pro (opens in new tab)and Videocardz (opens in new tab)), the 700 series motherboards will not have dedicated PCIe 5.0 lanes for an M.2 drive. The overview in question states that there will be 16 PCIe 5.0 lanes (typically allocated to the primary x16 slot for use by a GPU) with a further 4 PCIe 4.0 lanes for an M.2 drive. The x8 DMI lanes connect the CPU to the chipset. Overall, the PCIe complement is the same as that offered by the Z690 platform.

That may conflict with another leak from Moore’s Law is Dead (opens in new tab). Or does it? There’s no reason that a motherboard manufacturer can’t split the 16 PCIe 5.0 lanes. 8 to the GPU and 2 x 4 for a pair of M.2 slots would be possible. That would give the appearance of being suboptimal for high end boards, even though an x8 PCIe 5.0 slot is equivalent to an x16 PCIe 4.0 slot and shouldn’t have any noticeable impact on GPU performance, even with a next generation flagship card.

There’s also confirmation that some SKUs will feature higher core counts and that L2 and L3 cache sizes have been increased (opens in new tab). The latter will certainly help to boost gaming performance much like it did with AMD’s Ryzen 7 5800X3D.

While Raptor Lake appears to be more of an evolutionary upgrade than a revolutionary one, it’s going to be interesting to see what effect the extra cache and core count has, not to mention the rumored increase in frequency (opens in new tab). 13th Gen CPUs are expected to make their debut within the next few months. It will compete with AMD’s Zen 4 CPUs and 600 series platform that will launch around the same time.

IGN has more Sonic Frontiers gameplay for you today,...

Ignore the presets in Dying Light 2: everyone should turn

Unbound: Worlds Apart plunges you into a multiverse of...

Horizon Forbidden West Price on PS5 and PS4 Could Lead

Sony could be in trouble, as prices for Horizon Forbidden...