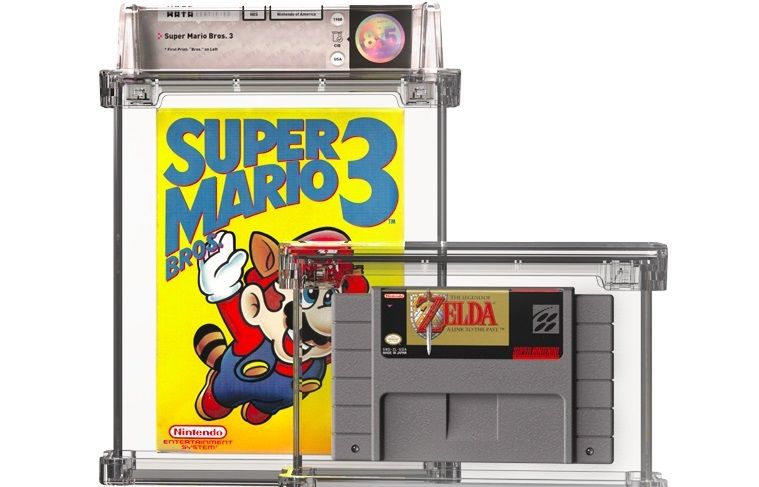 As reported by VGC (opens in new tab), collectible grading service Wata is facing a class-action lawsuit over allegedly conspiring with Heritage Auctions to pump up the value of rare videogames. Wata and Heritage both deny any wrongdoing.

Grading services like Wata assess the condition of mint videogames and assign them a rank based on that physical condition. The games are then sealed in a clear plastic housing for preservation with the rating clearly displayed.

While communicating with rival rating service VGA to research our round-up of the rarest collectible PC games (opens in new tab), a company representative claimed that “our company does not provide any type of appraisal service and the market value is determined by the video game community.”

In the past few years, the prices of collectible games have skyrocketed. In 2017, a sealed copy of Super Mario Bros. sold for $30,000 at auction, the most anyone had paid for a copy of a videogame to that point. This sale also took place before Wata had gotten up and running.

Between 2019 and the end of 2021, Wata-graded games sold through Heritage auctions broke the record for most expensive videogame (opens in new tab) ever sold six times in a row:

That last record has since been broken by the $2 million sale (opens in new tab) of a Wata-graded copy of Super Mario Bros. on the website Rally.

The class action lawsuit alleges that Heritage and Wata coordinated media appearances and press releases to drive up the prices of collectible games, with Heritage taking a cut of successful sales and Wata’s fee for its services being proportional to a game’s estimated price.

The big-ticket items of the overheated collectible games market are mostly classic console releases, but as we noted in our report on rare big box games (opens in new tab), things are getting pretty crazy on the PC side as well.

Ultima: Escape From Mt. Drash has one of the best claims to the title of all-time rarest PC game, being a cassette-based entry of a popular series with an exceedingly limited original retail distribution. A copy sold for $9,002 in 2017 before the current market developed, and no new copies have gone on sale since.

Last December, a DOS copy of the original John Madden Football sold for an astonishing $25,000 on eBay, and collectible PC games are regularly selling for over $1,000 at auction—once an extreme rarity according to Joel McCoy, administrator of the Big Box PC Game Collectors Group (opens in new tab) on Facebook.

Thankfully, the current situation around NFTs and cryptocurrency (opens in new tab) shows us that the aggressive overvaluing of assets like this could never catastrophically collapse and take people with it—the line just keeps going up and up.

As reported by VGC (opens in new tab), collectible grading service Wata is facing a class-action lawsuit over...
Nintendo

Image: Nintendo / HAL LaboratoryNo video game character in the world is as cute as Kirby, right? Nothing...
News

IGN has more Sonic Frontiers gameplay for you today, this time focusing on combat. In the above video...

Does Shepard's massive-scale battle for Human survival provide a...

Here we go…the latest episode of This Week On...

Balan Wonderworld review: an archaic throwback as clumsy as it

Maybe it's simply a case of being careful of...