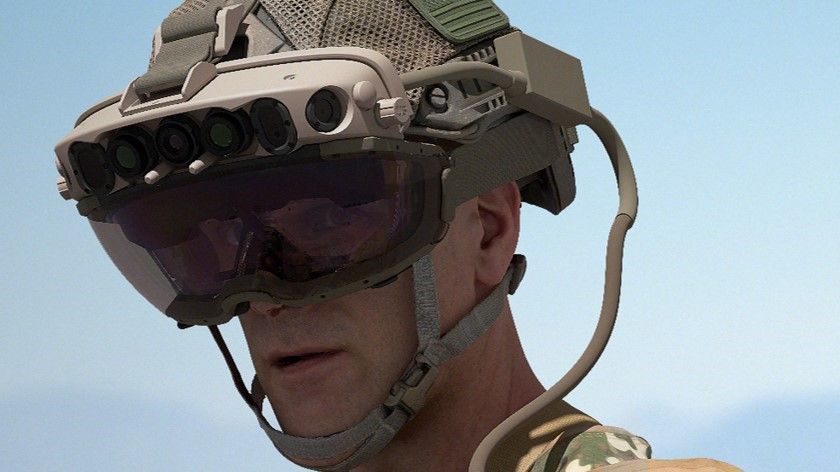 The US Army announced last week that Microsoft won a massive 10-year, $21.9 billion contract to produce an Integrated Visual Augmentation System (IVAS) based on its HoloLens headset.

According to the contract, the objective of Microsoft’s IVAS project is to develop and test “a single platform that soldiers can use to fight, rehearse, and train.” Microsoft will supply the Army more than 120,000 devices over the next decade. In a brief blog post, Microsoft said that the IVAS “delivers a platform that will keep soldiers safer and make them more effective” using the tech it designed for HoloLens and its Azure cloud platform.

The system “leverages existing high-resolution night, thermal, and soldier-borne sensors integrated into a unified Heads Up Display to provide the improved situational awareness, target engagement and informed decision-making necessary to achieve overmatch against current and future adversaries,” says the Army. It also plans to use IVAS “to enable a life-like mixed reality training environment.”

A Microsoft spokesperson told CNBC that the contract could be worth nearly $22 billion, far bigger than the $479 million contract it won in 2019 to supply the Army with prototypes of the IVAS system.

Some Microsoft employees oppose the company’s military contracts, and protested the 2019 deal, demanding in an open letter that Microsoft pull its bid, cease developing any weapons technologies, and appoint an external ethics review board to enforce and publicly validate compliance.

On behalf of workers at Microsoft, we’re releasing an open letter to Brad Smith and Satya Nadella, demanding for the cancelation of the IVAS contract with a call for stricter ethical guidelines.If you’re a Microsoft employee you can sign at: https://t.co/958AhvIHO5 pic.twitter.com/uUZ5P4FJ7XFebruary 22, 2019

Microsoft defends its pursuit of military contracts. In a blog post from 2018, company president Brad Smith said that the software and hardware maker supports a “strong defense of the United States” and wants “the people who defend it to have access to the nation’s best technology, including from Microsoft.”

In a tweet on March 31, Smith pointed to Microsoft’s history of work with the military. “We are longtime supporters of the Department of Defense and US Army’s effort to modernize the U.S. Military through advanced technology,” he said.

The Microsoft Workers 4 Good group which opposed the 2019 contract responded, saying it would rather Microsoft “used today to stand up for Transgender people everywhere on Transgender Day of Visibility, instead of building weapons of war.”

Microsoft is no stranger to massive military contracts. The company also won a $10 billion cloud contract with the Pentagon to overhaul its IT infrastructure, though the deal has been challenged in court by Amazon.

Over the course of the...

All-new PlayStation Plus launches in June with 700+ games and

Since launching PlayStation Plus in 2010, SIE has been...