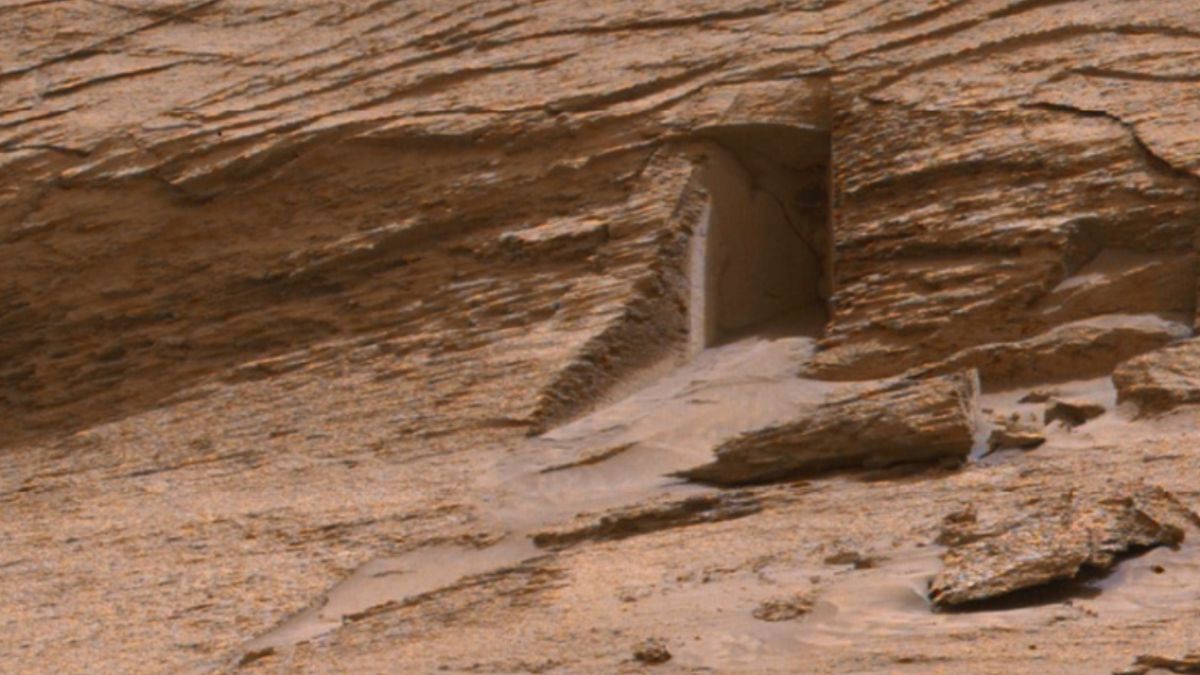 A mysterious doorway on Mars photographed by NASA’s Curiosity rover last week is nothing to get excited about, say a bunch of expert geologists, instantly crushing our dreams of finding proof of alien life. The doorway is not the entrance to a cursed Martian tomb, it’s not the gateway to a dungeon filled with terrifying monsters, and it’s not the site of an ancient generator that will let Douglas Quaid give Mars a breathable atmosphere.

It doesn’t even lead to a tiny cave where an old man offers you a wooden sword and tells you it’s dangerous to go alone. It’s just, like… a shallow hole in a rock wall. Bummer.

The doorway was probably formed by “natural erosion,” geologist Neil Hodson told LiveScience (opens in new tab), while planetary geologist Nicholas Mangold said there was “nothing artificial” about the doorway. Fractures in the rock and thermal stress may have caused a hunk of stone to simply fall away, leaving a gap that just looks like a doorway.

And it does really look a heck of a lot like a constructed doorway, the sort of thing I’d make in a game like Minecraft while setting up a temporary base and not bothering to add windows or even an actual, closeable door. The only thing missing are the stacks of gravel, sand, and saplings bobbing just above the ground where I chucked them to make room in my inventory for more ore.

While you’d hope NASA would continue to investigate the doorway, at least by making the rover drive through it to see what’s in there—it actually can’t. First of all, the doorway is smaller than it looks in the pictures, standing less than a meter tall (the Curiosity rover is about 2.2 meters tall). Second, if you zoom in on the images you can see there’s actually no interior. It’s a shallow alcove, not a doorway leading into a cavern or chamber. (You can check it out for yourself here via Gigapan (opens in new tab)). Most likely the hunk of rock seen sitting near the door is the piece that fell away from the wall, leaving a shallow wedge that looks like the entrance to a passageway.

While I always appreciate scientists doing rational and logical analysis on the cool-looking shit we find on other planets, it’s still kind of a bummer that the doorway isn’t something awesome like proof of the existence of alien architects. And this certainly isn’t the first time something initially mysterious and exciting in our solar system has been revealed to be no big deal. Late last year China’s Yutu 2 rover spotted what looked like a cube on the moon, which we speculated could be anything from Spelunky 2’s robot to Crota from Destiny, but it just turned out to just be a rock that wasn’t even vaguely cube-shaped. And growing up I was fascinated by the Face on Mars (opens in new tab) which turned out to be a hill that, upon closer examination, doesn’t look anything at all like a face.

A mysterious doorway on Mars photographed by NASA's Curiosity rover last week is nothing to get excited about,...
Nintendo

Call of Duty: Modern Warfare has new maps this morning, four months after Activision left the game behind...

Transformers War For Cybertron Walkthrough Part 1 and until...

The first trailer for a snowy new character-driven survival...

You may have already spent...

The Witcher 3: CDPR Says Delayed New-Gen Update Not In