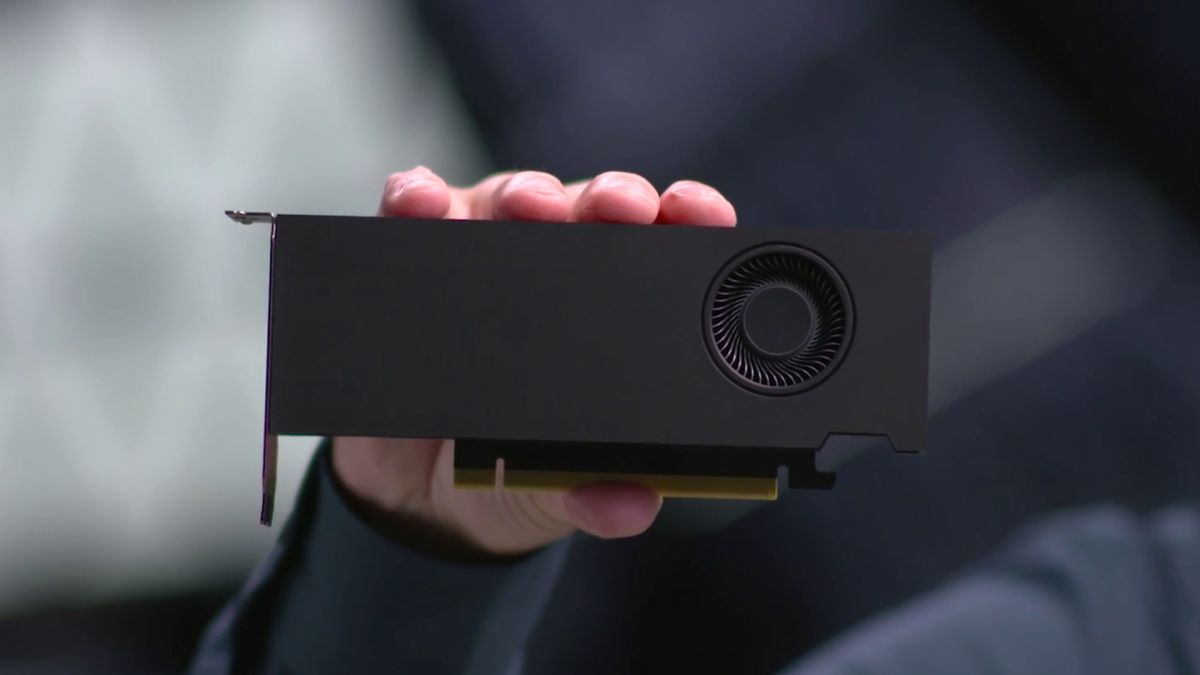 It’s a bit of a shame that current generation Nvidia and AMD cards put a low priority on power efficiency and performance per watt. Big benchmark numbers sell cards more so than relative power consumption numbers. But, there are many users who don’t run beefy power supplies or use OEM systems that can’t accommodate enormous graphics cards. There’s a market for low power cards.

Sadly though, there aren’t any current generation GeForce or Radeon cards that have a low enough TDP to omit PCIe power connectors. Even the weak RX 6500 XT can’t manage it, but there is an Ampere card that can. It’s the workstation oriented RTX A2000. It features a 70W TDP which is low enough to draw power exclusively from the PCIe slot. Can it game though? That very question was asked and answered by youtuber RandomGamingHD, who ran the little A2000 though a suite of benchmarks.

The A2000, despite its intended workstation optimization, is perfectly capable of gaming and it supports ray tracing and DLSS. It’s a low profile dual slot card that features a blower style cooler and it won’t have any issue integrating into virtually any system.

The results show that the A2000 competes surprisingly well with the desktop RTX 3050 despite its significant clock disadvantage. RandomGamingHD shows the A2000 is able to comfortably play games at 1080p and even 1440p if you dial back the settings. Sure, its not an RTX 3090 or RX 6900 XT slayer, but at 70W, it offers excellent power efficiency, and that’s the major takeaway from this experiment.

Sadly, as the A2000 is a workstation card, it’s very expensive. At $1,070 it’s far too expensive to compete with the RTX 3050 and RTX 3060, but it serves as a good example of what’s possible when power efficiency is the design goal, and not brute force.

I use a 75W passive GTX 1050 in a secondary PC, and I love it specifically because it’s a silent and low power option. I’m sure I’m not the only one who values these characteristics.  A current generation sub 75W GeForce or Radeon card would earn a lot of fans. I’m ready with my wallet open.

Metro Exodus Walkthrough Part 1 and until the last...

Automatic matchmaking between PC and consoles turned off. ...