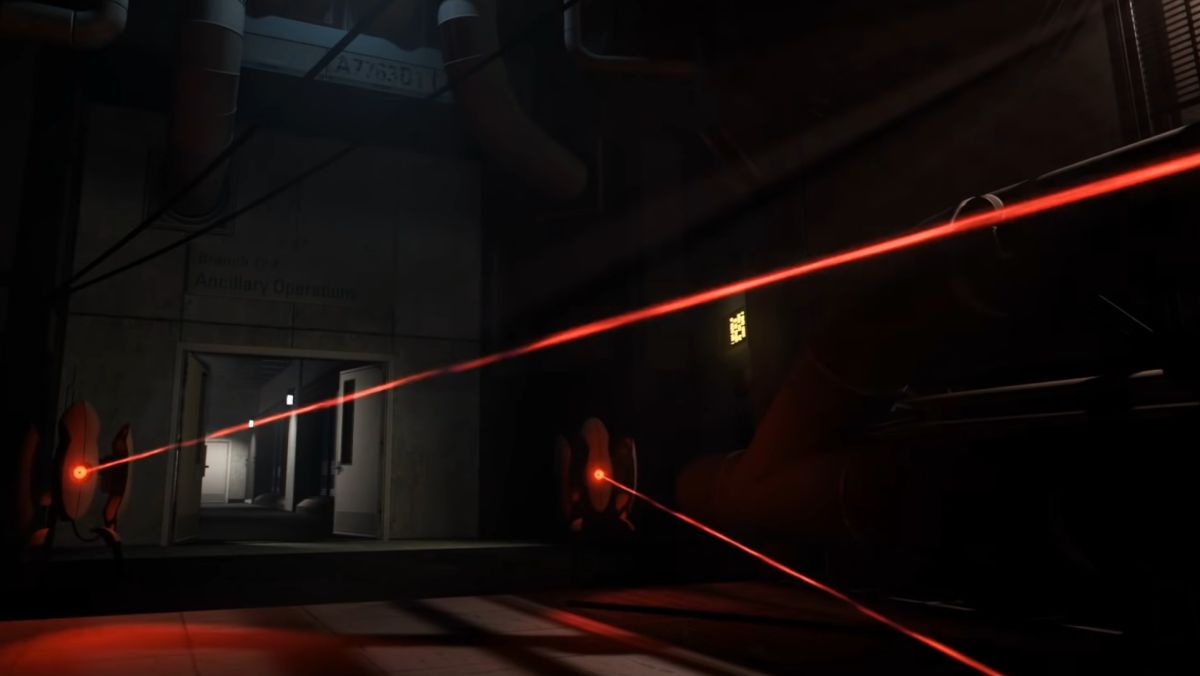 Portal 2: Desolation is a fan project that’s currently in development, a whole new singleplayer campaign in the Portal setting. It’s basically a community-made Portal 3, or at least Portal 2.5, being made “in tribute to Valve’s Iconic series”, as Emberspark Games puts it. The developers have spent the last year getting Desolation’s graphics to look slick, which has meant totally replacing the Source Engine’s rendering and lighting pipeline.

While Portal 2 already looked nice, its lighting was baked-in via a separate editor once levels were laid out, and the results could only be seen after maps were compiled. Any changes to light sources meant recompiling again, which is a time-consuming process—especially as maps get bigger and compile times expand.

The Desolation team have added real-time a lighting system so that lighting can be edited as they go. It does look nicer too. I think the most impressive part of the whole showcase, which you can watch above, is when the red lights of turrets illuminate pipes and other surfaces as they flicker over them.

The Desolation team also did a lot of work to improve surface rendering, reflections, and more. Their goal was to ask, “How would Aperture Science look if it got the same treatment City 17 did for its upgraded representation in Half-Life: Alyx?” I’d enjoy a Portal game even if it didn’t look shiny, but this work is still pretty impressive and certainly answers the question they set out to ask.

Desolation’s campaign will feature original characters and locations, and be set years after the events of Portal 2. It will apparently feature “hours of tightly-paced puzzle solving, driven by an epic new narrative.” That’s a heck of a promise, but let’s cross our fingers and hope the Desolation team can live up to it. Check out their website for more info.

Previous articleInterview: Pure Nintendo speaks with Alex Rushdy, Creative Director and
Next articleIs my dog in a video game?

Victura CEO Peter Tamte has clarified his comments on...