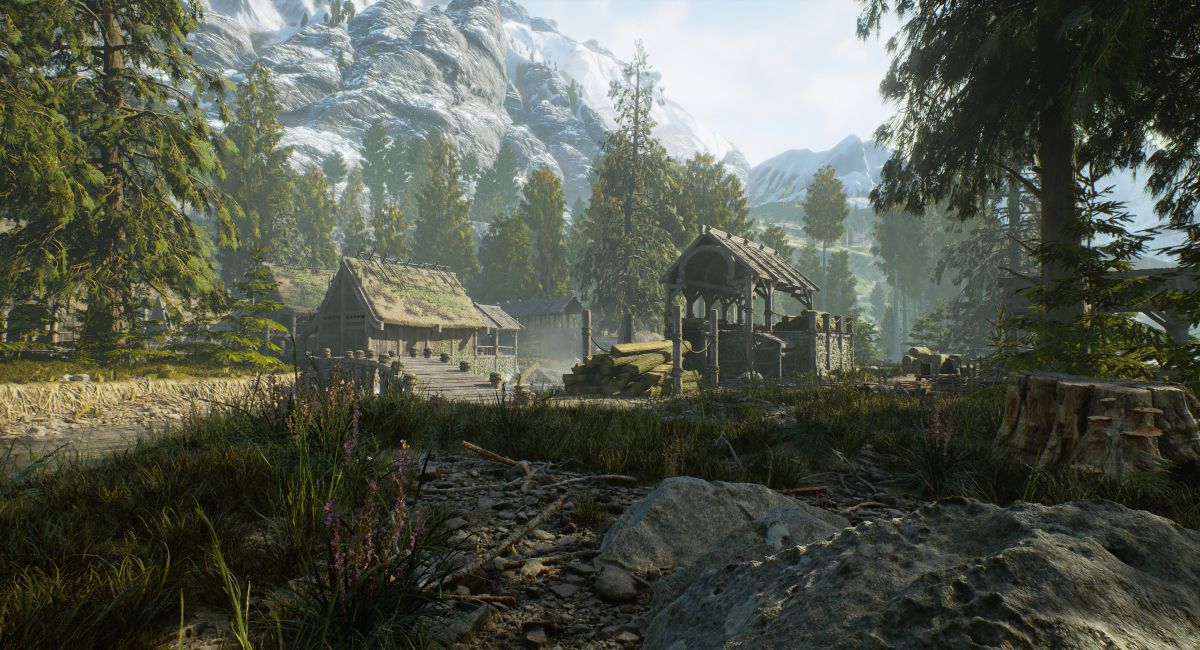 Christian Gomm, an environment artist with Myrkur Games, has created an impressive mock-up of some early locations from Skyrim (opens in new tab) rendered in Unreal Engine 5.

Seeing some lower-res stills of Gomm’s work that were making the rounds on Reddit recently, I was wondering what meaningfully differentiated this project from the numerous system-destroying lighting and texture overhauls available over on the Skyrim Nexus mods page, but I have to admit I changed my tune after seeing Gomm’s high-res original screenshots (opens in new tab) and some video of the demo in motion.

The quality of lighting, models, and materials really makes Riverwood pop the way it did when I first saw the village 11 years ago. Gomm has also recreated the Western Watchtower (opens in new tab), where Skyrim’s first dragon battle takes place, as well as the Oblivion gate outside of Kvatch (opens in new tab) from The Elder Scrolls 4. Graphics aren’t everything, but there’s something special about seeing these familiar scenes rendered with such high fidelity.

Bethesda remains committed to its own in-house tech for the foreseeable future, with its upcoming space RPG Starfield being built on the same foundations as prior Fallout and Elder Scrolls projects. Another developer behind big open-world RPGs, CD Project Red, recently revealed they would be switching to Unreal Engine 5 for the untitled Witcher 4 (opens in new tab), despite having built an impressive reputation (opens in new tab) with its RedEngine.

It’s early days for Epic’s latest iteration of the Unreal Engine, but the projects and demos we’ve seen so far have been impressive. The Matrix Awakens (opens in new tab) demo in particular was a stunning introduction, and if the company’s promises surrounding UE5’s ease of use prove true, it could provide the foundation for the next generation of great games.

Christian Gomm, an environment artist with Myrkur Games, has created an impressive mock-up of some early locations from...
Nintendo

Image: NintendoHold on, it's May on Sunday? We're a little bit confused about that here at Nintendo Life...
News

The House of the Dead: Remake is coming to Nintendo Switch on April 7.The remake of the 1998...

Two years ago, a group of soon-to-be studio founders...

Image: NintendoHold on, it's May on Sunday? We're a...

Final Fantasy 14 Newfound Adventure Patch 6.11a has been...

Image: Kate GrayThis article is part of our new...

Shredder’s Revenge can learn a lot from Teenage Mutant Ninja

How to Make a Video Game Walkthrough in 10 Easy

This is the MajorSlackAttack channel promo video. Thanks for...