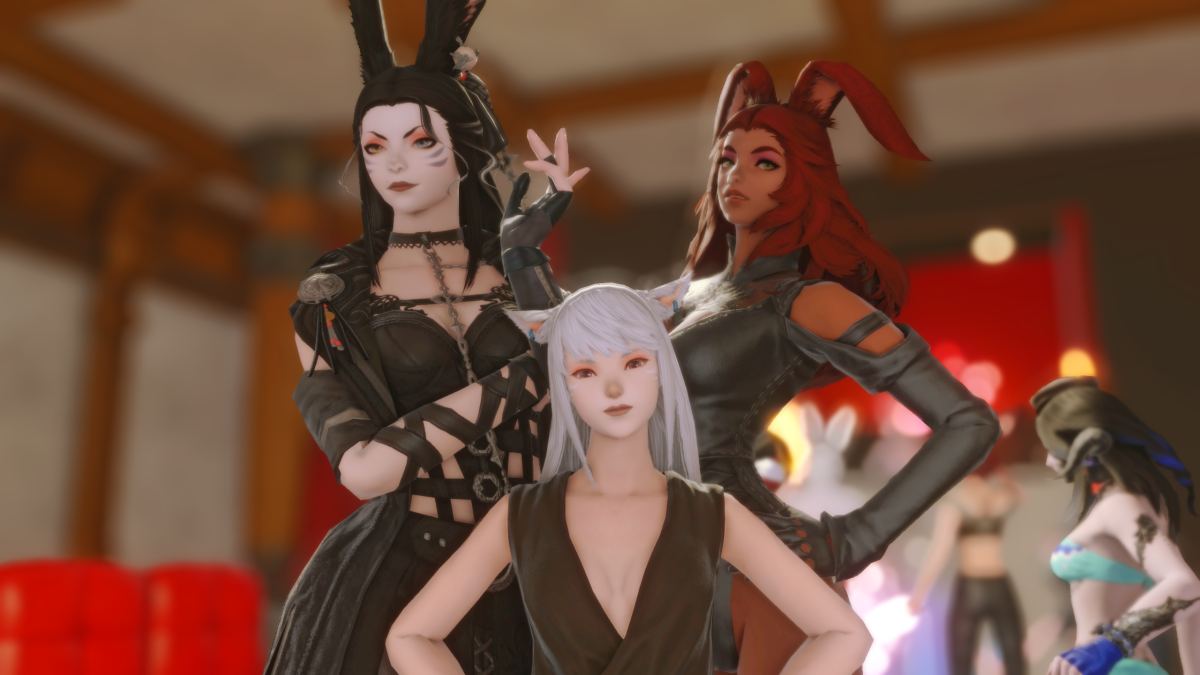 Square Enix has announced its results for the fiscal year that ended on March 31, 2022, and the take-home message is that it made a lot of money, and a lot of that money is going into the blockchain. The results document (opens in new tab) shows that the company had sales of ¥365.2 billion (about $2.82 billion) and made a profit of ¥51 billion ($394 million). That profit is just under double what Square Enix managed in the last financial years but even so, interestingly enough, Konami is still more profitable than it (opens in new tab).

Among its products Square Enix identified Final Fantasy XIV’s Endwalker expansion as performing well, but was fairly muted about the ‘HD games’ category which included the likes of Babylon’s Fall and Outriders. Or as the report puts it, sales “did not reach level seen last year, when we released major titles.” Ouch!

As a brief aside, that slate included Balan Wonderworld: the game that saw Sonic creator Yuji Naka and Square Enix in court, and the famed designer going nuclear in public (opens in new tab). Square Enix was asked about this on the Q&A call that followed the results’ publication, and merely confirmed the lawsuit and said (opens in new tab) “it is a game that we recommend with confidence” without further comment.

The text accompanying the numbers went into some detail about Square-Enix’s plans for the future which, as well as the traditional parts of its business, are heavily weighted towards investment in blockchain, AI and the cloud, which the publisher calls “focus fields.”

This is no great surprise: Square Enix’s president has been banging the drum about the blockchain for a while (opens in new tab), and it looks like the company’s fully committed.

“Encouraged by the results and feedback from our NFT business, we have decided to produce a second season [of Shi‐San‐Sei Million Arthur, a Japan-only card battler]. Our plan is to incorporate game content into our service and to leverage the development and operational expertise we have amassed in our existing businesses to explore the potential of earnings structures, breadth of play, and NFT ownership experiences in the NFT business.”

The document goes on to outline Square-Enix’s intentions to issue “exclusive fungible tokens and designing earnings structures/communities (UGC, governance, guilds, etc.)” It also appears to have some sort of RPG in the works, saying that “story-focused creatives” are working on “launching a new NFT brand and IP.”

Other things to look forward to are that the publisher wants to be “Issuing, managing, and investing our own tokens.” So expect to be able to buy CloudCoin any day now. Square Enix outlines some of its major investments, primarily in Animoca Brands in Australia which is working on The Sandbox, which the publisher describes as a “decentralised metaverse.” It says it’s also considering “multiple potential global investments” not mentioned in these results.

So: now you know where all that money from flogging off Deus Ex and Tomb Raider is going to go (opens in new tab). Tifa Lockheart NFTs! In fairness to Square Enix, it also mentions its intention to establish new studios and cultivate other, presumably non-crypto, new projects and IP. But make no mistake: the Japanese giant sees a big part of its future output using these technologies.

Square Enix has announced its results for the fiscal year that ended on March 31, 2022, and the...
Nintendo

South of the Circle is a narrative adventure centered on survival and romance in the midst of the...

The prophecy of Ragnarök brings changes to all the...

Subscribe for More Music ▶ http://jtmch.co/SubJT Get Your JT Merch...

Learn all about the Trading Companies you can join...

The Autobots fight for their lives in the last...

Oh boy, what went wrong? Here are the games...